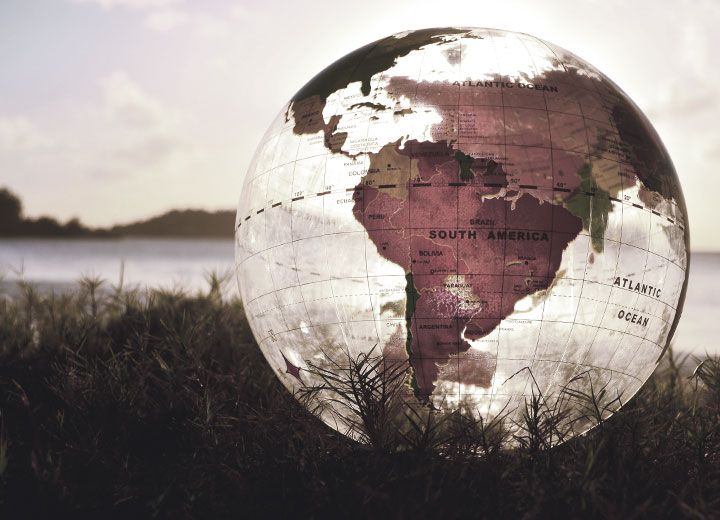 Crisis scenario in Latin America may favor investments in Brazil

Latin America is going through a turbulent and uncertain time, reflecting the current scenario of economic and political crises in various countries in the region, such as Chile, Bolivia, Mexico, Argentina, and, in recent days, Colombia. Although all these countries are experiencing internal difficulties from a macroeconomic point of view, there are various causes and circumstances that have contributed to the current environment, affecting liberal or leftist governments.

In Chile, protests over constitutional reforms stemming from the population's discontent with the country's politics and economy have led President Sebastián Piñera's center-right government to face a serious social and political crisis, creating insecurity for new investments and for the financial markets.

Bolivia, for its part, is immersed in political and social chaos. Numerous demonstrations and protests in Brazil over allegations of electoral fraud have led center-left president Evo Morales, who has been in power since 2006, to step down. This uncertainty aggravates the situation of the Bolivian economy, which has been slowing down in recent years.

Contrary to the circumstantial problems of Chile and Bolivia, Argentina faces a situation that may be said to be chronic in nature, due to the systematic crises suffered over the last decades. The markets are experiencing a moment of great apprehension regarding the country, due to the return of Kirchnerism, with the victory of President Alberto Fernández and Vice President Cristina Kirchner in the October elections. The economic crisis and the fear of a return of a more protectionist government have produced mistrust in the private sector and led to investors leaving the Argentine market in recent months.

In Mexico, in turn, in spite of GDP growth in recent years, the left-wing government of President Andrés Manuel López Obrador gives worrying signals to investors, especially in the area of infrastructure. The highlight is the legal uncertainty caused by the cancellation of construction of a new international airport in Mexico City.

In Colombia, whose economy has undoubtedly been improving over the last few years, the crisis provoked by demonstrations is still very recent and its consequences are entirely uncertain.

A source of major investments in Latin America, Spain, for its part, is ending an almost bipartisanism between PSOE socialists and PP liberals, which recently provoked frequent internal political blockades and led to the holding of new general elections in November for the fourth time since 2015. The result of the election seems to be leading the country to a coalition government between the socialist Pedro Sánchez, the current president, and Pablo Iglesias, leader of the far-left-wing party “Unidas Podemos”. This movement will, however, require the support of minority groups of the left-wing independentist regionalism to maintain some stability. From an economic perspective, unpromising prospects for growth in the domestic market are projected, which may have a direct impact on the behavior of the country's investors.

The whole context of crisis in Latin America negatively affects trade flows between the countries in the region, especially Argentina. In turn, the flow of foreign investments follows a different logic, with a connotation to some extent countercyclical. We will explain. The Brazilian economy presents a favorable scenario for foreign investors. Historically low interest rates and controlled inflation encourage new investments and boost credit and consumption in the powerful domestic market. The new government, which liberal tendencies, is working to launch an ambitious program of privatization of major state-owned enterprises and to expand the existing partnership program with the private sector in order to develop new projects.

Due to Brazil's immense infrastructure deficit, compounded by the absence of major projects in recent years, there are good companies and good projects offered in virtually every sector, from energy and oil and gas to airports, railways, highways, and ports.

In addition, the low growth on the part of Brazilian companies in recent years and their increased indebtedness have created attractive opportunities for private acquisitions (M&A) in various sectors, such as health, education, and renewable energy generation.

In this scenario, Brazil emerges as a natural destination for diversifying the flow of investments of the main Latin American business groups, as well as an increase in the already historically high flow of Spanish investments.

This movement has been clearly felt by us, in the context of Machado Meyer's Latin American & Iberian Desk, a multidisciplinary group of partners and associates fluent in the Spanish language and experienced in the business environment of these countries, as we have represented important Latin American and Latin American and Spanish investors interested in doing business in Brazil.