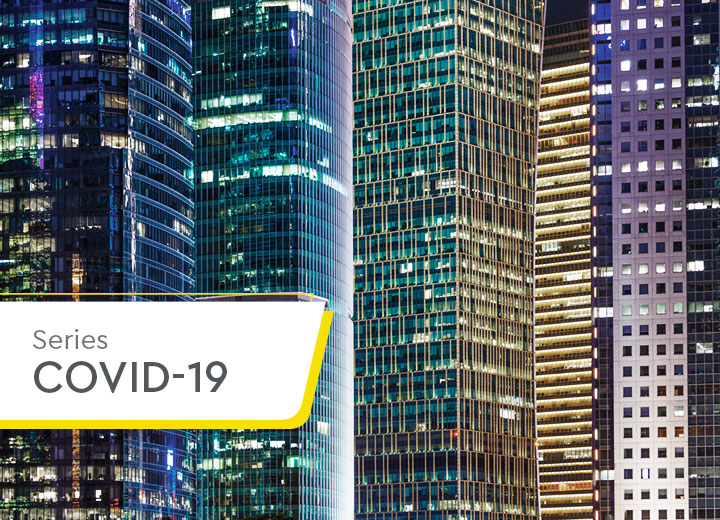 The covid-19 pandemic has had an impact on the actions of the Administrative Council for Economic Defense (CADE) in the application of Law No. 12,529/11 (the Antitrust Law). The agency has maintained its activities with some adaptations in routine. Much of the staff is working remotely, meetings and hearings have been held by video or teleconference, and the Administrative Tribunal is discussing the possibility of holding trial sessions virtually.

The deadlines for merger review will continue to run as normal. Further, the deadlines in administrative inquiries; preparatory procedures; leniency agreements; Consent Decrees (TCC); Merger Control Agreements (ACC); Performance Commitment Agreements, and Consultations will run for CADE and the parties.

The president of the agency, Alexandre Barreto, clarified in a recent note that CADE is aware of the difficulties that all sectors are going through and will be reasonable in the review of specific claims brought to its attention, including requests for extension of deadlines. He also said that CADE will remain vigilant to prevent abuse and will be agile in helping reheat the economy as soon as possible.

In light of this scenario, we address below perspectives in the areas of control of antitrust practices and merger reviews.

With respect to the control of antitrust practices, it is important to keep in mind that CADE’s statement does not imply relaxation of the application of the Antitrust Law, as has already occurred abroad. The British authorities, for example, have formally announced their intention to not take action against legitimate cooperation between companies, but they will not tolerate unscrupulous measures which use the crisis as an excuse for "non-essential collusive practices".

Competing companies that need to discuss cooperation mechanisms to face the crisis in Brazil, such as planning to increase production, buy inputs jointly, share production or distribution assets, or share certain operating costs, should seek specialized legal advice to assess both the risks involved in the plan, which will largely require a corresponding justification, and the absence of less harmful alternatives to competition, and the measures available to mitigate them.

In this context, it is possible to consider the execution of an "antitrust protocol", a common practice in M&A transactions, to clarify what can and cannot be discussed; to regulate the flow of sensitive information, such as costs, level of downtime, volume of products in stock, main suppliers and the terms of contracts entered with them; and restrict the set of executives or employees who may have access to such information, under confidentiality and non-disclosure agreements.

The crisis may be so deep in some industries, such as aviation, that lasting cooperation mechanisms between competitors may be needed. In situations of this nature, the need to submit such arrangements for prior approval by CADE should be assessed, understood as being those with a duration of two years or more and those that establish a common enterprise for conducting economic activity, provided that they establish sharing of risks and results from the economic activity for which it is intended.

It is also possible to assess the advisability of submitting a consultation to CADE's Administrative Tribunal regarding the legality of acts, contracts, or business strategies designed to get through the crisis. The maximum statutory time limit for adjudicating such cases is 120 days, counting from the assignment of the consultation to a commissioner for an opinion. However, the average review time for the most recent consultations is approximately 60 days, and there have been cases that were reviewed within only 14 days, an agility expected from CADE in similar proceedings in the context of the pandemic.

It should not be expected, however, that CADE will tolerate so-called "crisis cartels", that is, agreements between competitors in a specific market in order to restrict production and/or reduce capacity in response to a crisis in the industry caused by a national, global, or industry economic downturn, which involves decreased demand and excess capacity.

Nor should one expect CADE to assent to abusive practices. The agency does not have the power to regulate prices, but it can investigate companies that charge excessively high prices, even though it has traditionally shown greater concern with practices that involve creating difficulties for competitors rather than exploiting consumers. This is largely explained by the complexity of establishing a criterion for measuring what an abusive price would be, i.e. what percentage, margin, or final price charged could be considered abusive. However, faced with a sudden increase in demand for certain products related to the prevention of covid-19, which have seen an exponential increase in prices, CADE has already announced and begun an extensive investigation into the subject, and is collecting information from health departments, manufacturers of medical and pharmaceutical products, hospitals, distributors, and retailers. It is possible that similar investigations in other industries will be initiated.

The pandemic may also affect the progress of negotiations regarding leniency agreements and consent decrees (TCC), and even the fulfillment of agreements already entered into.

An internal investigation of companies may suffer delays due, for example, to the limitation on in-person meetings and access to files saved on equipment at the residence of employees working remotely. There may also be bottlenecks related to the delivery of documents to CADE, which occurs in person due to confidentiality concerns. Overcoming this obstacle, the review period for documents and reports submitted to CADE may also be longer than usual. In view of this, it is advisable to renegotiate terms with CADE or even request suspension of the negotiation progress.

Renegotiation may also be necessary in cases of TCCs already entered into and with monetary or behavioral obligations. Companies may be unable to make timely payment of installments for their contributions within the time period set, usually up to two years or, exceptionally, four years or more. They may also face unforeseen obstacles in fulfilling non-monetary obligations, such as the implementation of compliance programs, due to restrictions on in-person training, executive travel, for example, as stated by the companies Basso and Valbrás in a recent brief presented to CADE. In such cases, it is of utmost importance that the signatories of TCCs seek to negotiate with CADE in advance in order to avoid the risk of a daily fine for non-compliance with the agreement and ultimately losing the benefits of the TCC.

Current circumstances point to the possibility of increasing the time for approval of transactions and the need for careful reflection by CADE on the impact of its decisions.

The remote work adopted by many companies may affect the collection of data necessary for notices, briefs as an interested third party, and response to letters sent by CADE to customers, suppliers, and competitors of the parties to the transaction under review. It is expected that, despite these difficulties, CADE will prioritize mergers, will not allow the average review time to be extended and, especially, will be sensitive to the demands in transactions between companies that face extraordinary difficulties in maintaining their business.

It is likely that requests for authorization for parties to consummate a transaction before a final decision by CADE, in a conditional and preliminary manner, will become more frequent in the context of the crisis. Our law imposes strict criteria in this regard: interested parties need to demonstrate that (i) there is no risk of irreparable damage to competition; (ii) the measures are fully reversible; and (iii) there is an imminent risk of substantial and irreversible financial damage if the conditional authorization is not granted.

CADE has been very strict in deciding requests for conditional authorization thus far, granted in a single case (Merger Proceeding No. 08700.007756/2017-51, referring to the increase, from 40% to 100%, of Excelence B.V.'s stake in Rio de Janeiro Aeroporto S.A., holder of 51% of Concessionária Aeroporto Rio de Janeiro S.A., which operates the concession at Galeão Airport - CADE concluded that, in the absence of a conditional authorization, the concessionaire would not have financial conditions to make an imminently maturing payment of R$ 1.168 billion and should cease its activities, affecting the operation of the airport until a new bidding procedure could be conducted).

Another sensitive point that will require CADE's reflection concerns the possibility of the purchaser's interference in the target company's actions, during the period between signing and closing, in order to guarantee the survival of the business during an emergency situation. This can be done through changes in company management, the use of assets to accelerate synergies, or even full or partial advance of the purchase price. Such interference could be seen as prior and undue consummation of the operation, subjecting the parties to gun jumping penalties, notably a fine of up to R$ 60 million.

At an exceptional and challenging time like the present, it is expected that CADE will maintain an open, flexible, and reasonable stance towards mergers, helping to mitigate the effects of the crisis and improve the conditions for economic recovery by removing barriers that may prevent or delay this resumption.