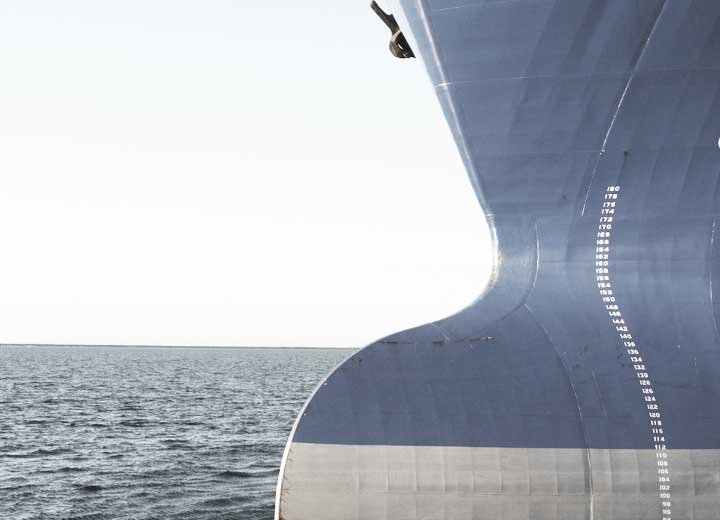 The validity of maritime mortgages registered abroad has been subject to judicial battles for the past few years in Brazil, in the context of the OSX 3 Leasing B.V. case. The debate has finally reached a positive outcome for creditors, represented by Nordic Trustee ASA as the trustee and mortgagor, thanks to a decision issued by the Superior Court of Justice (STJ) on November 17, 2017, and published on February 1, 2018.

In opposition to the decisions rendered by the lower courts, the STJ acknowledged the validity in Brazil of a Liberian mortgage attached to the OSX 3 platform and ranked the claim secured by the mortgage higher than the unsecured claim of Banco BTG Pactual S.A. (later assigned to OSX3 Cayman Limited). Satisfaction of the unsecured debt was already being sought by means of a judicial execution in Brazil.

The members of the STJ session that delivered the decision concurred with the opinion of judge Luis Felipe Salomão, who ruled the Brussels Convention (1926) and the Bustamante Code (1929) applicable to the case, irrespective of whether or not the platform’s flag State (and place of recording of the mortgage) was a signatory of these international treaties. The decision also ruled on the legal status of platforms from a Brazilian law perspective (whether chattel or an immovable asset), despite failing to address other important controversial matters raised during the judicial proceeding.

History of the facts

The judicial battle began as a result of an enforcement lawsuit filed by BTG, an unsecured creditor, against OSX, the foreign owner of the vessel FPSO OSX 3 (FPSO), which is subject to a mortgage in Liberia, the flag State of the FPSO. In order to secure satisfaction of the debt, seizure of the FPSO was ordered.

After becoming aware of the decision that ordered the seizure, Nordic came before the court to report that the vessel was already subject to a mortgage duly registered in Liberia as collateral for the issuance of OSX 3 bonds in the Norwegian capital market, amounting to US$ 500 million. Nordic claimed, acting as the trustee of the bondholders, priority rights over the proceeds from any sale of the asset.

The trial court refused to grant the petition to recognize the validity of the foreign mortgage and ordered the proceeding to continue. Nordic then appealed to the São Paulo Court of Appeals, giving rise to a great debate involving issues of public and private international law.

The case was later taken to the STJ, which granted partial relief to the claim, having recognized the effectiveness in Brazil of the mortgage registered with the registry of the country of the vessel’s flag.

The mortgagor, pleading priority of its claim over the proceeds from any judicial sale of the FPSO, argued that (i) the Liberian mortgage met all legal requirements to be valid; and (ii) due to the impossibility of registering this mortgage with the Brazilian maritime registry (which only registers ownership and liens attaching to vessels flying the Brazilian flag), it was registered in the Registry of Deeds and Documents of Rio de Janeiro as a mere precaution, in order to make it publicly known (and despite the fact that this is unnecessary for the validity or effectiveness of the security). Such arguments brought about a wide-ranging debate regarding the recording of ownership and liens involving foreign vessels. The main issues surrounding the dispute are summarized below.

The United Nations Convention on the Law of the Sea (1982), known as the "constitution of the seas", not only because of the wide range of subjects related to the law of the sea, but also because of its broad international acceptance, established a framework according to which States shall impose the necessary requirements to grant nationality to vessels and maintain a registry of all vessels authorized to fly their flag. In Brazil, where the Convention was ratified in 1987 and entered into force in 1995, the Maritime Tribunal is assigned this registration function.

The requirements for the valid creation of mortgages are therefore usually governed by the country where the vessel is registered. In addition, Brazil is a party to the Brussels Convention and the Bustamante Code, which provide for the extraterritorial effectiveness of liens and mortgaged attached to maritime property, as long as they are duly formalized in their original registry. For this reason, the mortgage validly created in Liberia should be attributed full effect in Brazil.

According to the TJSP, the Brazilian legal system, incorporating the Brussels Convention and the Bustamante Code, indeed recognizes the validity of maritime mortgages registered in foreign jurisdictions, provided that the other country is also a member State of these treaties. Thus, since Liberia is not a party to them, the decision disregarded the Liberian mortgage.

However, in a special appeal, the reporting judge expressed his opposition to this understanding, otherwise considering the mortgage valid as per article 278 of the Bustamante Code, according to which "maritime mortgages and privileges established in accordance with the law of the flag State shall have extraterritorial effects even in those countries whose legislation does not recognize or regulate such mortgages or privileges” and article 1 of the Brussels Convention, which recognizes that the mortgages “upon vessels … duly effected in accordance with the law of the Contracting State to which the vessel belongs, and registered in a public register either at the port of the vessel’s registry or at a central office, shall be regarded as valid and respected in all the other contracting countries."

According to the judge, article 248 of the Bustamante Code is clear in establishing the extraterritorial effects of foreign maritime mortgages effected and registered in accordance with the law of the Country of the flag (law of the place where the ownership of the vessel is registered). Thus, recognition of the validity of the mortgage should be irrespective on whether the country of recording is a member of the convention.

Among the most controversial grounds for the TJSP's reasoning is the fact that the court did not recognize the status of the FPSO as chattel for the purposes of applying paragraph 1 of article 8 of the Introduction to Brazilian Law. According to this article, the law applicable to chattel carried with its owners should be that of the owner's domicile. In the case under analysis, OSX 3, owner of the FPSO, was based in the Netherlands. Therefore, Dutch law should apply (which recognizes the validity of the Liberian mortgage).

The polemic understanding of TJSP held that, although Brazilian law recognizes the status of vessels as movable assets (articles 478 of the Commercial Code and 82 of the Civil Code), the FPSO was subject to a 20-year charter under which it would be kept anchored in a stationary position for a long time. This was considered enough for the court to rule out the applicability of paragraph 1 of article 8 of the Introduction to Brazilian Law. As a consequence, this conflict of laws would not be solved by the application of such rule, but rather by the application of the law of the place of the property.

The STJ decision, in turn, expressly recognized that the FPSO is a vessel and, as such, a movable asset, regardless of whether it is destined to be anchored for a long period of time at the same place. However, despite having explicitly addressed the issue, STJ failed to assess the applicability of article 8 of the Introduction to Brazilian Law to the case, having focused its decision on the effects of international treaties in Brazil.

Existence of an international custom recognizing extraterritoriality of maritime mortgages

The STJ’s ruling did not address this issue either, even though it recognized the existence of a custom according to which the financing of maritime property heavily relied on mortgages as security for creditors.

Other issues not addressed by the courts

In fact, the unsecured creditor claimed that the FPSO was located in the Exclusive Economic Zone, where Brazil does not exercise sovereignty, but only enjoys sovereign economic rights over its natural resources. This would make it impossible to automatically apply Brazilian law without a closer examination of the rules of conflicts of laws.

However, this issue was examined by neither the TJSP nor STJ in their reasoning.

In addition, the fact that FPSO was flying a flag of convenience was also debated, based on the argument that there was no genuine link with the country of registry. This issue was raised against the mortgagor in order for the vessel to be considered Brazilian for all purposes, since neither the FPSO nor its owner had any connection with the flag State, Liberia. TJSP considered this matter irrelevant for the outcome of the dispute and STJ did not examine it either.

Advantages of the STJ’s decision

One of the benefits of the decision delivered by the STJ was to set the precedent that (i) the FPSO is a vessel and, therefore, a movable asset; and (ii) the treaties to which Brazil is a party that stipulate the extraterritorial effects of maritime mortgages make it mandatory for it to recognize the validity of such encumbrances, whenever they are established in accordance with the law of place of vessel’s registration, regardless of whether or not such place is in a State that is a party to the same treaty.

Driven by the expansion of the oil and gas sector, the Brazilian maritime and offshore industry has witnessed, in the recent past, a significant increase in the number of foreign vessels chartered to sail and operate within Brazilian jurisdictional waters. Naturally, the recourse to maritime mortgages has also increased, since it is widely used as collateral for financing contracts and as a key element in asset financing structures.

According to a survey referred to in the same lawsuit discussed in this article, there are approximately 200 vessels in Brazil flying the Liberian flag, and circa 141 of them have a mortgage registered in the country of the flag. Registration of vessels in countries such as Liberia is customary in Brazil, as it provides owners and shipowners with tax, regulatory, and labor advantages. In addition, it is undeniable that this financing structure is widely used worldwide, and there is in fact a global practice put forward by financial institutions to attach maritime mortgages on financed vessels as a key pillar to secure the loans granted.

In this sense, Judge Luis Felipe Salomão also stated that: "it is the tradition of Brazilian law and foreign jurisdictions to admit mortgages for large size vessels, due to the significant amounts financed for their construction and maintenance. Instability and maritime dangers arising from constant transit are compensated by the stability of the registry at their ports of origin." In fact, it seems that refusal to recognize validity in Brazil of vessels’ mortgages effected abroad would cause great uncertainties to creditors, with a great risk of retraction of credit for financing vessels coming to, or whose operation was supposed to take place along, the Brazilian coast.

Therefore, the STJ’s decision, which was also expressly based on an economic rationale, grants important assurance to ship financiers, thereby putting an end to a debate that has been generating a significant crisis of confidence at financial institutions. A positive message has also been sent to the international community, that in this globalized world, Brazil cannot simply turn a blind eye to institutions and rights created beyond its territorial jurisdiction.