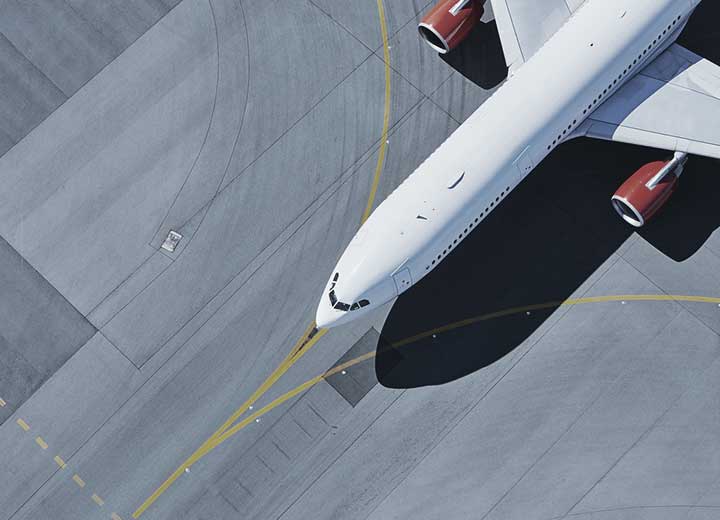 Now that the euphoria with the result of the 5th Round of Airport Concessions has passed, an analysis of the results obtained reveals a maturation of the concessions model adopted by the federal government. Choices made in the past, however, still pose challenges for the most varied of players in the industry, both in the public and private spheres. The proposal to classify 22 airport concessions as being priority in the Investment Partnerships Program (PPI) creates expectations for the coming year.

On May 14, Machado Meyer hosted the meeting of the Infrastructure Committee of Ibrademp (the Brazilian Institute of Business Law) to discuss the different views on airport concessions, lessons learned, challenges, and new opportunities. Marcelo Allain, an economist, partner of BR Infra Group and former member of the Secretariat of the Federal PPI, and David Goldberg, engineer and partner at Terrafirma, under the supervision of the coordinator of committee José Virgílio Enei, participated in the discussion.

The discussions were started based on the success of the 5th Round of Concessions, held in March and marked by exponential interest, auctions with fierce bidding, and participation by global operators. The removal of the restriction on the participation by groups already benefited by other airport concessions proved to be correct, and did not harm competitiveness, nor the success of new entrants such as the Spanish group Aena and the Brazilian group Socicam.

The model of the block concession, combining more profitable airports with smaller ones (“bone-in steak”), was also a viable alternative to not burden Infraero with only deficient airports, which opens space for its potential liquidation after the privatization of all the airports it administers.

The strategic (and ideological) error of keeping Infraero with a minority stake (49%) in the airports of the 2nd and 3rd rounds (Guarulhos, Viracopos, and Brasília; Confins and Galeão) was also discussed. Initially, the government left money on the table at the auction, selling only a 51% stake in airports at the height of market optimism. It ended up being penalized once again, as Infraero was obliged to bear the necessary investments and losses resulting from an actual demand much lower than what was originally projected. Given the low return of these airports and the limited rights of governance recognized for Infraero in the concessionaires, there is uncertainty about the value that it could obtain from the sale of these stakes.

Due to the precarious financial conditions of these first airports, the difficulty of effecting a consensual return is evident. Although Law No. 13,348/2016 has given legal authorization in this regard, the lack of regulations, especially as regards the criteria for indemnification for investments not amortized for the concessionaire that returns the asset, aggravates the scenario of uncertainty. The concern of the granting authority seems to be that if, on the one hand, the accounting criterion is more appropriate (and consistent with the letter of the law), as opposed to, for example, the asset or market replacement value, construction contracts with related or oversized parties may lead to discussions, especially with the supervisory bodies.

Some factors help explain the difficulties faced by airports for which concessions were granted in the first three rounds. One of them would be the frustration of demand, due to the greatest economic crisis ever experienced by Brazil. However, this fact has not been recognized in the administrative sphere as force majeure and, therefore, has not led to any economic and financial rebalancing of the contracts.

In addition, the significant bids offered in those rounds were translated into payments of fixed annual grants, increasing the risk of insolvency and pressure on the concessionaires’ cash. This risk has been mitigated in the most recent rounds, either because the most significant bids are payable at the time of the concession (lesser burden on future cash flow, especially if financed with equity), or because the concessionaires now have a grace period to start paying the annual grant installments.

The contractual rigidity of the first rounds was also pointed out, in which investments were required throughout the concession, regardless of the materialization of the demand estimated. This problem was once again corrected in the latest rounds, which conditioned investment obligations on certain demand triggers, as was already the case in road concessions.

Other factors further sharply deteriorated the economy of some of the first airports for which concessions were granted. The Viracopos concessionaire, for example, bet on a business model, freight transport, which did not materialize. With the development of new models of passenger aircraft capable of holding larger volumes of cargo, other airports eventually ended up gaining a share of that market.

Galeão Airport was impacted even more intensely by the Rio de Janeiro crisis and the frustration of demand, which was far below the national average. Finally, São Gonçalo do Amarante Airport (1st round) suffered due to the lack of access construction works for which the Rio Grande do Norte state government was in charge.

In an analysis of what the industry should expect in terms of new projects, a scenario was presented at the event based on some 600 public airports in Brazil, 10% of which are only under federal control, although they concentrate 95% of the passengers. Very few regional airports (of states or municipalities) would be eligible for concession or privatization without public subsidies or consideration, as in the public-private partnership (PPP) model. Even those that are theoretically self-sustaining could be subject to the granting of a concession for an investor profile very different from international operators interested in federal airports.

Regarding the 6th Concessions Round, announced by the federal government for 2020, it is already known that the block model will be maintained. Twenty-two airport concessions will be tendered, structured into three blocks: South, North, and Central. Per the profile of the assets, it is difficult to predict whether the result of this round will repeat the high bids of the prior one.

The Congonhas and Santos Dumont terminals ended up being included only in the 7th and last round of concessions. The strategy of keeping the crown jewels for the end was supposedly structured as a way to compensate investors for less attractive federal airports, in the logic of cross-subsidization of the blocks.

Over the years, the feeling that has resulted, therefore, is that the modeling of airport concessions has been evolving based on the successes and mistakes of past experiences. The balance is positive and the challenges to be faced are not few.