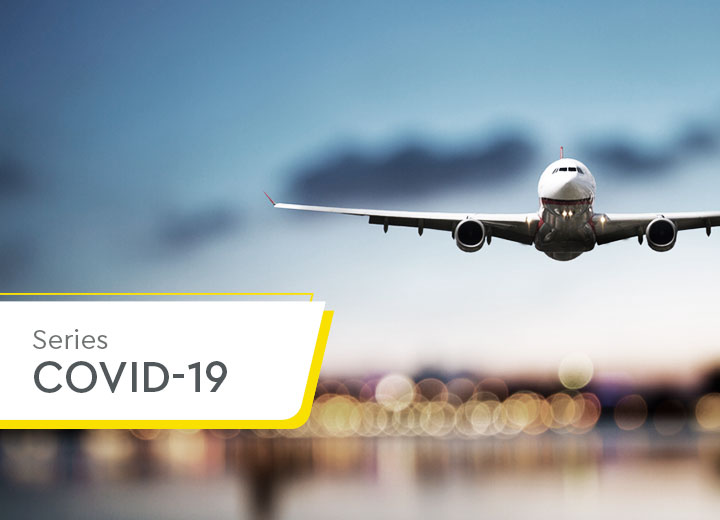 Anac's action to combat the covid-19 pandemic: new rules for the air sector

The serious economic consequences of the covid-19 pandemic put the organization and management capacity of Brazilian regulatory agencies to the test, in addition to requiring adjustment of standards to mitigate the impacts in some extremely relevant sectors. This is the case of the air sector, one of the most affected by recent economic, social, and health changes.

With most aircraft out of service and a drastic reduction in passenger demand, airlines are experiencing an unprecedented crisis around the world. In Brazil, the National Civil Aviation Agency (Anac) has been proactive and sensitive to this delicate moment, taking a series of measures to mitigate the negative economic consequences of the sector's almost complete shutdown.

Besides authorizing the transportation of cargo in the passenger cabin, Anac’s board of directors recently approved two new resolutions that have as their main objective facilitation of the operation of the companies and to grant a brief financial respite that may be decisive for the future of some companies in the sector.

Resolutions No. 556 and 557 temporarily amend some provisions of Anac Resolution No. 400, which establishes the general conditions for air transport in Brazil. According to the new standards, the following rules shall apply:

In cases of change, flight delay, cancellation of flight, or interruption of service, the carrier shall be exempt from the following obligations:

The new rules apply to all flights originally scheduled or events registered by December 31, 2020.

Anac took the opportunity to draft the new resolutions to clarify the reimbursement rule in Executive Order No. 925. According to the text promulgated by the Brazilian President’s Office, the period for reimbursement of the purchase price of tickets is 12 months. However, Anac Resolution No. 557 clarifies that this deadline does not apply to cases in which the passenger withdraws and the request was made within 24 hours of receipt of the voucher, when the ticket was purchased seven days or more before the boarding date. In this case, the seven-day period for reimbursement provided for in Anac Resolution No. 400 remains in force.

Aviation is going through a delicate time and its survival will require the joint and coordinated action of the government, private initiative, and the regulator. The economic effects of the pandemic are still unpredictable, however, to reduce its reach, mitigation measures must be precise and timely.