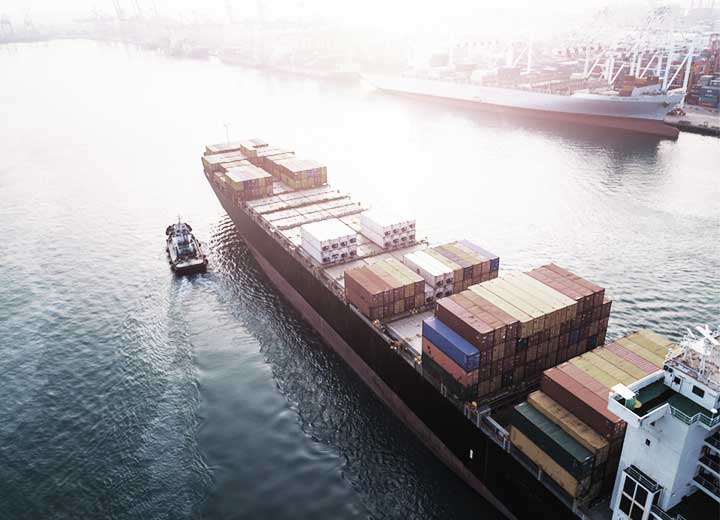 Collision between vessels on the island of Corsica: analysis of the civil liability regime for oil pollution according to international conventions

The collision of the Tunisian-flagged container ship Ulysse with the Cypriot-flagged freighter CLS Virginia near the island of Corsica in the Mediterranean Sea in early October spilled dozens of cubic meters of fuel oil and mobilized French and Italians in an attempt to contain the oil spill in the sea. The oil slick stretched for about 20 kilometers towards the French coast in a strip 100 meters wide. The authorities involved have not yet disclosed the cause of the accident, but given the good conditions of visibility and weather, the accident was probably caused by human error.[1]

The episode drew attention not only because of the serious environmental consequences of the spill, but also because of the closure of the famous beaches of the French Riviera, such as Saint-Tropez, Ramatuelle, and Sainte-Maxime due to the presence of oil slicks.[2] Considering the circumstances of the event, the objective of this article is to analyze the liability regime that may be applied to the polluter based on the international conventions that govern the subject.

CLC 92 is applicable in cases of damage caused by contamination resulting from an oil spill from the ship, whether it is cargo or fuel for the ship’s own consumption (bunker oil), in the territory, including the territorial sea and the exclusive economic zone of State that is a signatory of the Convention. However, for the purposes of the convention, only vessels constructed or adapted to carry oil loads are contemplated in the definition of ship. In other words, the convention has its application restricted to tanker ships.

According to CLC 92, compensation for damages caused to the environment is limited to the costs incurred as a result of actual recovery measures. The party civilly liable for any damage and pollution caused as a result of the incident shall be the owner of the vessel at the time of the accident or, if the incident consists of a series of events, when the first of them is found to have occurred.

BUNKERS 2001, for its part, is applicable only in the case of damage caused by pollution resulting from contamination due to an oil leak or spill from the ship itself, which is to say, oil intended for the operation or propulsion of the ship, in the territory, including the territorial sea and the exclusive economic zone of a State signatory to the Convention. BUNKERS 2001 identifies as subject to civil liability the owner of the vessel, the shipowner, and the bareboat charterer at the time of the incident or, if the incident consists of a series of occurrences, when the first of them is found to have occurred. It should be noted, therefore, that this convention significantly broadens the list of individuals subject to liability.

Although both conventions have quite similar provisions in some respects, since BUNKERS was very much inspired by CLC 92 and was motivated by the need for international rules suited for leakage from bunkers, they differ greatly with regard to the limitation of liability. CLC 92 establishes a regime for limitation on liability based on the gross tonnage of the vessel, according to which the maximum limit shall be set for the compensation to be paid by the owner or, depending on the convention applied, the shipowner and bareboat charterer.

The rule of the CLC stipulates that, for vessels with a gross tonnage of 5,000, the maximum compensation limit will be 4,510,000 Special Drawing Rights (SRD) (approximately US $ 5.78 million), which are units of measurement with currency conversion determined by the International Monetary Fund (IMF) and updated daily. The maximum values ​​are adjusted according to the gross tonnage of the vessel, not exceeding the total value of 89,770,000 SRD.

BUNKERS 2001, for its part, leaves the limitation on liability to the national legislation of the country in which the incident occurred. That said, under the regime proposed by BUNKERS 2001, the person subject to liability may be subject to both the internal regime and the limitation of liability proposed by LLMC 96, when it has been incorporated by the domestic law of the country in question.

The logic of civil liability adopted by LLMC is similar to that used by CLC, while its compensation ceilings are driven by the gross tonnage of the ship. Therefore, depending on the legislation applicable in the country concerned with respect to limitation of liability, the parties responsible for the incident may encounter significantly different amounts payable by way of compensation.

The collision between two vessels off the coast of France is emblematic, therefore, for its shedding light on the coexistence of different international conventions on civil liability in international maritime traffic. In the present case, considering that France is a signatory to LLMC 96, isolated interpretation of the language of the conventions analyzed would lead to the indication that the compensation limits to which the persons responsible for the incident will be subjected will be those established by that convention, despite the fact that France is also a signatory to CLC 92 and BUNKERS 2001.