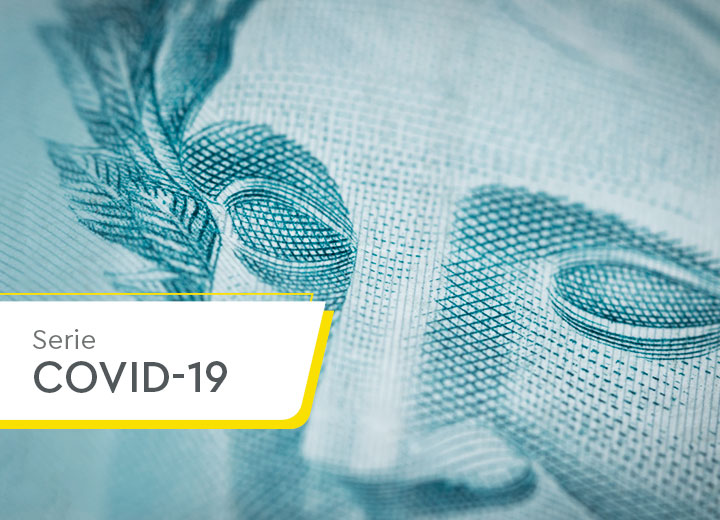 Coronavirus and public law: fiscal responsibility and public finances in times of pandemic

Among so many areas of law already deeply affected by the crisis, it seems that it is now the regulating of public finances, that is, finance law, that is subject to the most intense transformations. This is because in Brazil, as in the rest of the world, the public budget is called to turn the mill of anti-cyclical policies against the impetuous stream of successive falls in tax revenues, typical of a shaken world economy in which, moreover, for the first time in history, the price of oil has fallen to a negative number.

In view of this framework, the legal regime aimed at fighting the pandemic, initiated by Legislative Decree No. 6 of March 20, 2020, the declaration of public calamity for the purpose of compliance with the Fiscal Responsibility Law (LRF), comes into force. It was the first time Brazil made use of the provisions of article 65 of that law. With the declaration, the government is exempted from achieving the fiscal results established and from complying with the performance limitations provided for in the LRF, and may, until the end of the year, allocate resources to combat the coronavirus more easily.

The public fiscal calamity decree was followed by an injunction issued by STF Justice Alexandre de Moraes under ADI No. 6357-DF, which exceptionally ruled out the application of articles 14, 16, 17, and 24 of the LRF and 114, head paragraph, and paragraph 14, of the Budget Guidelines Law of 2020 (LDO 2020). With the injunction, the requirement of estimates of budgetary and financial impact and compatibility with the LDO is waived. The requirement to demonstrate the origin of resources and to weigh the financial effects of the increase on indirect tax expenses and continuing compulsory expenses is also eliminated.

In the context of the formation of this financial right of exception, there is also some reticence on the part of the Federal Audit Court (TCU) in relation to the Continuous Payment Benefit (BPC), paid to the elderly and low income people. On March 13, Justice Bruno Dantas had ordered via injunctive relief that expansion of the BPC be suspended, established by Congress a few days earlier. In his order, the Justice pointed out the need to link the increase of an obligatory expense to the respective source of funds (by increasing taxes or reallocating other expenses). However, on March 18, the TCU en banc revoked the measure, with Justice Bruno Dantas himself recognizing that "the framework of emergency and unpredictability presented after the coronavirus crisis could give rise to some kind of relaxation of the parameters of the LRF.” Thus, to better examine the issue, the TCU requested detailed information from the Executive, reinforcing that the court will continue to exercise its role of monitoring the expenditures announced in order to combat the effects of the pandemic.

Even with all the relaxation in the requirements of the ordinary arrangements of the Brazilian finance law, some obstacles to the administration of tax policy continued to be insurmountable, such as (i) those provided in article 164 and (ii) the provisions of article 167, III, both of the Federal Constitution. The head paragraph of article 164 ensures the exclusivity of the Central Bank of Brazil (Bacen) for the issuance of currency in the Brazilian territory, with the first paragraph preventing the entity from carrying out credit operations with the National Treasury (TN), even though the second paragraph enables the acquisition and sale of securities issued by the TN for the regulation of market liquidity level and interest rate calibration. In addition, article 167, III, crystallizes the so-called "golden rule", which prohibits the carrying out of credit operations in excess of the capital expenditure expected, i.e., the use of resources derived from public debt for the payment of current expenditures, although such an impediment may be waived, even in normal times, by means of supplementary, special, or extraordinary credits, which are dealt with in article 167, III, and third paragraph.

To eliminate the last of the walls of the bull’s pin containing the Brazilian public debt, the proposal by the chairman of the Chamber of Deputies, Rodrigo Maia, stands out: PEC 10/2020. It seeks to insert provisions into the Transitory Constitutional Provisions Act (ADCT) that institute an "extraordinary fiscal, financial, and procurement arrangement to address the national public calamity resulting from the international pandemic. Known as the "War Budget PEC", the proposal, among other provisions, aims to create a parallel budget piece, running during the current state of calamity. Under the proposal, the government is authorized, for example, to violate the "golden rule" to use resources (obtained from the issuance of securities) originally earmarked for rolling over public debt (refinancing of principal) to pay its interest and charges.

The War Budget PEC also allows Brazil to perform what has already been established by foreign monetary authorities, namely quantitative easing. It is an instrument that allows a central bank to expand the money supply in the economy beyond the limits known by traditional monetary policy. With quantitative easing (provided for by PEC 10/2020), Bacen is authorized to buy and sell, directly in the secondary markets, credit rights and private securities with a risk classification equal to or greater than BB-. This will allow, for example, the authority to acquire: (i) non-convertible debentures; (ii) real estate credit notes; (iii) real estate receivables certificates; (iv) agribusiness receivables certificates; (v) commercial paper; and (vi) bank credit notes. The objective is to ensure greater liquidity for these institutions and increase the supply of credit in the markets.

Such operations, of course, are not risk-free. Although the US Fed has already reported hundreds of billions of dollars in profits derived from the securities acquired during the quantitative easing that followed the 2008 crisis (due both to the income from the securities and increase in their market value), Bacen is now exposed to risk of default and devaluation in the securities that will be part of its portfolio.

In order to avoid some of the risks arising from the War Budget PEC, the Senate, after the approval by the Chamber of Deputies, promoted some changes in the text of the proposal, prohibiting, for example, (i) acquisition of securities directly from non-financial companies, without the brokerage of banks; or (ii) financial institutions involved in the sale of securities to Bacen, for example, from increasing the remuneration and bonuses of their executives, and also preventing them from paying dividends above the mandatory minimum established by law. The prohibition mirrors the provisions of the recent National Monetary Council (CMN) Resolution No. 4,797/20, which, in the use of its economic regulatory capacity, and seeking "to avoid the consumption of important resources for the maintenance of credit and for any absorption of losses," establishes prudential transitory requirements for the Brazilian financial system, preventing authorized financial institutions from: (i) paying interest on equity and dividends above the mandatory minimum; (ii) carrying out share buyback operations; (iii) reducing capital stock; (iv) increasing the remuneration of their executives; and (v) accelerating any of these payments. With the changes to the PEC 10/2020 promoted by the Senate, the text now returns to the Chamber of Deputies.

This metamorphosis of Brazilian finance law highlights its peculiarity in relation to other legal disciplines; it lies at a point of intersection between structural stability and the imperatives that emerge from specific conjunctures. The rigidity typically expected from other fields of law, which is necessary to ensure legal security and predictability for conducting business, is opposed to the fluidity of the public finance system, which must provide the instruments necessary for acting in cyclical situations.

The institutional openness to the vertiginous expansion of the use of public credit is neither good nor bad in isolation, since it is not an end in itself. Public debt can be a real blessing, as pioneered by the American founding father Alexander Hamilton, or a sword of Damocles. It will all depend on the quality of the interventions that will be financed by it.