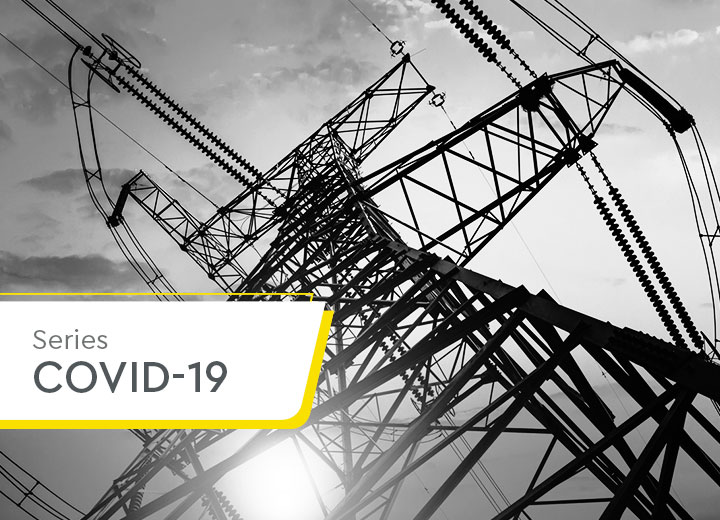 The National Electric Power Agency (Aneel) tried Administrative Proceeding No. 48500.001841/2020-81 at the 17th Ordinary Public Meeting, in May, in order to deny the Group A consumers claim, who requested alleviation from the collection of electric bills during a period of forced restrictions on economic activities as a result of the measures to combat the covid-19 pandemic.

Group A is made up of high-voltage consumers, who receive electrical energy at or above 2.3 kV or are served from an underground distribution system at a secondary voltage. For the most part, the group comprises medium and large sized companies and commercial establishments.

In order to supply their energy demand, these users shall previously report the necessary power usage for a monthly cycle. With this, the responsible energy distributor schedules the amount of power from the grid that can be demanded by the consumer. In other words, Group A consumers sign contracts with distributors for previously acquired demand. These contracts have a fixed value and a variable value proportional to the amount of electricity actually consumed.

For this reason, the billing of consumers belonging to Group A are made up of two tranches. The former corresponds exactly to the payment of the power demand, calculated by means of the higher demand measured or by the contracted demand, as a fixed charge. The second refers to the payment proportional to the amount of electricity consumed.

When those consumers faced a drop in electricity consumption caused by the impacts of social isolation measures, such as a reduction in economic activity, Group A consumers brought administrative lawsuits seeking to change the metrics for billing of the demand contracted. The objective was to establish a single payment for the demand measured or postponement of billing until after the crisis period.

Although Aneel had considered the arguments demonstrating that shopping malls, hotels, and some industries, all belonging to Group A, were strongly affected by the effects of the economic and health crisis, the agency chose to deny the requests. Aneel recommended, under current regulations, that distributors undertake negotiations regarding the deferral and installment payments of the amounts of the demand contracted that exceed the demand measured.

The agency reasoned that the contracted demand has the nature of a fixed charge and it referred to previously contributed investments, made by the energy distributors, in order to provide the necessary infrastructure to the energy consumer. Moreover, it showed that contracted demand only falls within the range of 14.13% to 17.92% of total billing to the consumers.

Along those lines, Aneel found that the current regulations already allow distributors to negotiate deferrals or other actions with consumers who are having  payment difficulties, managing so that the level of default does not increase even more. The agency has concluded that no further legal act would be necessary on the matter. Therefore, the provisions of Normative Resolution No. 414/10 continue in force, which establishes, in its article 63, the possibility of reducing the demand contracted, provided that it is requested a minimum of 90 days in advance for consumers in subgroup A4 and 180 days for other subgroups.

With this decision, Aneel's executive board sought to prevent the potential negative consequences that the changes in billing rules for Group A consumers could cause for the generation, transmission, and distribution sectors, as well as for other energy consumers. By choosing to deny the request of companies with strong presence in the Brazilian economy, Aneel reiterated the posture that it is necessary to foster dialogue among the various segments of the electricity sector so that all agents can contribute to minimize the effects of the health crisis.