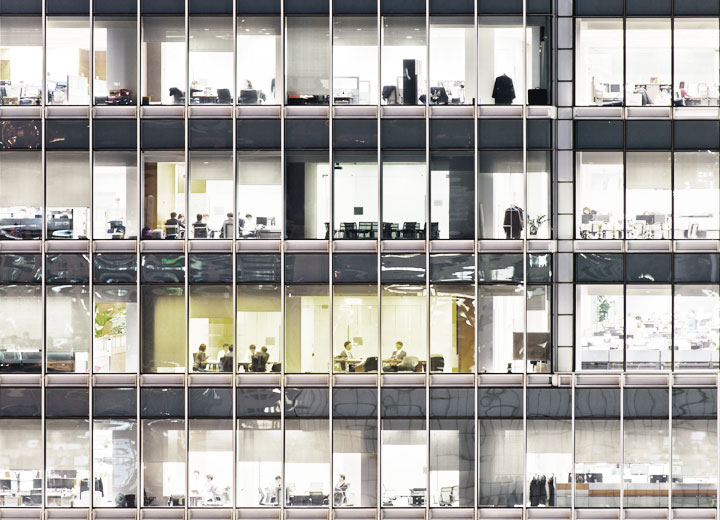 Law No. 13,448 (conversion of Provisional Presidential Decree No. 752 or "Concessions MP") governs the procedure for re-bidding projects operated through public concession in the toll road, railway and airport sectors.

The law defines re-bidding as the procedure that contemplates the amicable termination of existing concession agreements in default or under financial distress and the conduction of a new public tender to delegate the exploration of the project to a new concessionaire, under new contractual conditions.

It is aimed at toll road and airport concessionaires that are facing difficulties in complying with agreements, either because of credit scarcity and restrictions, impacts from Operation Carwash [Lava Jato] or radical change in the country's economic scenario.

Strictly speaking, in the regulations of the Concessions Law, the system applicable to termination of contracts due the breach by the contracted party is forfeiture. Extinction due to forfeiture involves a complex administrative process, often leading to litigation. It is also common that, via injunction, the contracted parties secure the right to continue to operate, in order to prevent the interruption of the public services.

In the new model, the current contracted party must agree to proceed with the early termination of the agreement. However, it is possible that, at this point, the amount of indemnification due to investments made in the concession and not yet amortized is defined only later in the process. This is an important point, since the concessionaire cannot disengage the amicable termination in the event of a later dispute over the indemnity amount, which usually leads to judicial litigation, extending for years.

As an alternative, the law provides that the parties may submit the indemnity calculation to an arbitral proceeding, carried out in parallel to the new bidding process. In any scenario, the indemnity due must be settled and fully paid to the concessionaire before the winner of the re-bidding process assumes the project. If so determined in the bid notice, the indemnity can be paid by the new contracted party.

In summary, the law seeks to establish more modern forms of conflict resolution (amicable termination and arbitration), especially in relation to property rights, in order to allow the effective termination of the agreement and the undertaken of the project by a new private party, qualified to perform the necessary investments and services.

What is the procedure for re-bidding?

It is possible divide the re-bidding procedure into three phases. First, the agreement must be included in the Investment Partnerships Program (PPI) of the Federal Government, at the request of the competent ministry and with presidential approval. In a second phase, the concessionaire and the granting authority must negotiate the amicable resettlement. This phase includes the submission of a series of technical information by the concessionaire, as well as an irrevocable and irreversible statement adhering to the re-bidding process.

After qualifying for re-bidding, the agreement cannot be submitted to judicial and extrajudicial recovery schemes. This is a clear-cut provision to shield assets managed by companies that are subject to Operation Car Wash [Lava Jato], which face financial difficulties. In addition, measures intended to initiate or continue forfeiture proceedings against the contracted party will be suspended.

Once the terms of the amicable termination have been agreed upon, the law provides that an amendment to the agreement must be executed together with the current concessionaire. The amendment must provide for: (i) the concessionaire’s adherence to the amicable termination; (ii) the suspension of the original obligations and new conditions for rendering the services until termination; (iii) the indemnity amount (or the arbitration commitment); and (iv) possible direct payment of any indemnities to the sponsors.

In addition, it is the responsibility of the competent agency to prepare feasibility studies regarding the new concession and submit them to public consultation. Subsequently, the studies and the drafts of the bid must be submitted to the Federal Audit Court (TCU) for review. Only then can the new bidding process for the project be formally launched. In case of delay in the re-bidding, the granting authority may order maintenance of the current agreement for up to 24 months to ensure the continuity of the services.

Another relevant provision is the prohibition of participation by some entities in the re-bidding process or in the future capital of the winning bidder. The restriction covers both the current contracted party (Specific Purpose Entity - SPE) as well as shareholders holding 20% or more of the capital of such entities at any time prior to the initiation of the re-bidding process. Even shareholders who did not cause the breach and have financial conditions to manage the concession will be prevented from participating in the new concessionaire.

Relevant claims of the current concessionaires were not contemplated by the law. That is the case of the possibility of renegotiation of existing concessions, in order to maintain the current contracts. This could be an alternative to re-bidding in relation to certain concessions under default. Despite of not being included as public policy in the law, nothing prevents this type of negotiation from being initiated based on the general regulations applicable to Brazilian concessions.