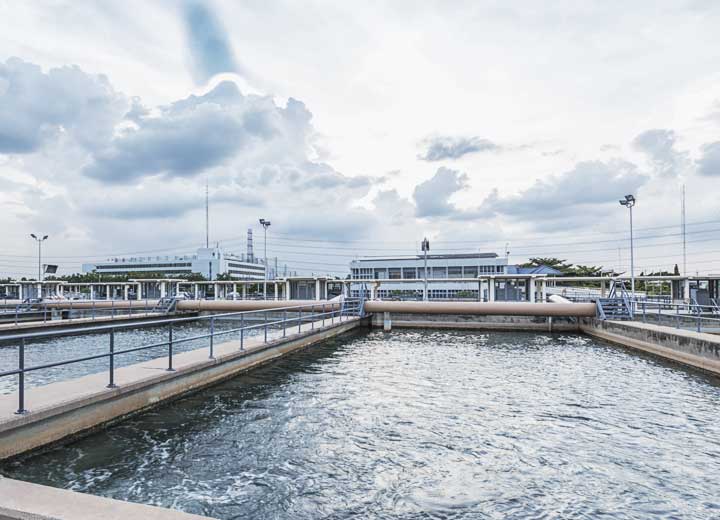 Sent on August 3, 2017, the bill provides authorization for the state government to organize, pursuant to Law No. 6,404/1976 (the Brazilian Corporation Law) and Law No. 13,303/2016 (State-Owned Company´s Law), a corporation (controlling company) for the purpose of joining basic sanitation assets with other assets whose exploration is related to its principal purpose, namely, to:

If approved, Draft Bill 659/2017 will allow the state government to perform two administrative acts whose validity is, in principle, subordinated to prior discipline by specific law.

The first of these administrative acts consists of transferring ownership of the shares issued by SABESP. Basically, the state government is authorized to pay its shareholding in the capital of the controlling company by transferring the shares (issued by SABESP) that it holds, subject to the specific procedures set forth in the Brazilian Corporation Law. Approval of the acquisition of control of SABESP by the controlling company, however, requires execution of a management contract, in accordance with article 37, paragraph 8, of the Brazilian Constitution.

Under the management contract, the controlling company, SABESP, and the state government, represented by the Ministry of Finance, together with the Department of Sanitation and Water Resources, will reciprocally assume basic obligations that ensure the controlled companies efficient performance, based on principles of corporate governance that favor pragmatic, rather than merely bureaucratic, controls. In addition, the controlled companies are allowed a greater degree of managerial autonomy in consideration for the establishment of performance targets and evaluation and control criteria.

The second of those administrative acts, of greater regulatory complexity, relates to the sale or encumbrance, whatever the appropriate legal form, of the shares of the controlling company, or of the respective subscription rights, as well as the implementation of a corporate or business reorganization through merger or take-over involving other state or private companies. These transactions are subordinated to the requirement that the state government maintain ownership of the majority of the common shares issued by the controlling company.

Under the draft law, therefore, other shareholders, including private companies and state-owned companies from other spheres of government, may participate in the controlling company in a minority stake. Considering these requirements, the by-laws should observe the conditions and corporate structure set forth in article 13 of the State Owned Company´s Law.

The procedure for the admission of shareholders into the ownership structure of the controlling company, according to article 5, paragraph 1, of Draft Bill 659/2017, may occur by any legally applicable means, including through subscription of a capital increase, debt conversion, acquisition of shares, or subscription rights owned by the state government. In addition, it will be preceded by an economic evaluation that considers the peculiarities of the contractual and corporate arrangement, especially liquidity constraints. The selection of shareholders will take into account personal characteristics of potential minority shareholders, especially those arising from their economic potential, their business reputation, and their management capacity or knowledge of the basic sanitation sector.

A question that will arise relates to the prior bidding process among those potential minority shareholders of the controlling company. On that subject, article 28, paragraphs 3 and 4 of the State Owned Company´s Law provides that the bidding procedure is not applied to state-owned enterprises (i) when they carry out direct marketing, delivery, or execution of products or works specifically related to their respective corporate purpose, (ii) when the choice of the partner is associated with its individual characteristics, linked to business opportunities (training, acquisition or sale of shares, and extinction of partnerships and other forms of associations, corporations, and contractual relationships, and operations carried out in the capital markets, subject to the regulations by the respective competent authority) defined and specific, when the impossibility of a competitive procedure is justified. In principle, therefore, private and state-owned companies from other spheres of government, when the above scenarios are demonstrated and justified, could execute directly, that is, regardless of a bidding procedure, legal transactions that are intended to be included in the controlling company's corporate structure.

This inclusion will tend to be linked to the provision of capital, incorporation of funds into the business of the controlling company and SABESP itself, as well as compliance with other conditions for admission into the company, which will be approved by the Board of Directors of the State Privatization Program established by State Law No. 9,361/1996. The procedural rules provided for therein shall be applied, where applicable.

In summary, Draft Bill 659/2017 can be understood as an alternative to the privatization processes that are being tested at the federal level, especially in the Investment Partnerships Program (PPI), invariably based on models of privatization in the strict sense (sale of shareholding control), and long-term management contracts (concessions, sub-concessions, and public-private partnerships). The joint effort of the state government and SABESP in the quest for widespread public access, efficiency, and expansion of the quality of services has the chance to be tested by a corporate structure that positions minority shareholders at a greater distance from cash flow generation, at the level of state-enterprise holding company, which would represent a true novelty in the basic sanitation sector.