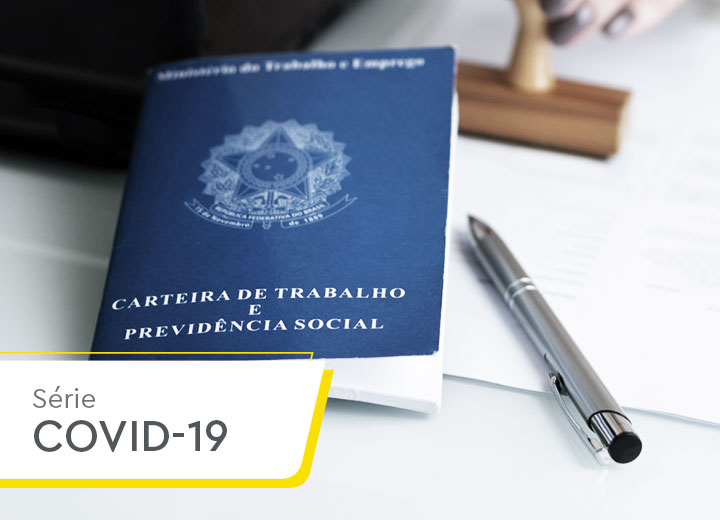 E-book: analysis of the general impacts of covid-19 and MP Nos. 927 and 928 on labor relations

The new form of the coronavirus, called SARSCoV-2 and causing covid-19, was first discovered in Wuhan, China, in November of 2019. The coronavirus, previously associated with other known viral forms, such as SARS-CoV and MERS-CoV, suffered a genetic mutation in 2019, causing the new disease.

The transmission of the virus is identical to that of its predecessors: from person to person, when there is direct physical contact or less than 1.5 meters away, through droplets of saliva released by sneezing or coughing, or by contact with contaminated secretions such as phlegm. It also occurs through contact with contaminated objects and surfaces. Preliminary data suggest that an infected person may transmit SARS-CoV-2 not only during the symptomatic period of the disease, but also before it.

Governments around the world, as well as private companies, have already put voluntary or mandatory social isolation into practice, and its impacts on private initiative are visible and worrying.

The federal government, in anticipation of the impacts of preventive measures on labor relations, identified the difficulties that would be faced and, on March 22, 2020, published Executive Order No. 927 (“MP 927/20”), amending legislation to make procedures more flexible and to regulate the alternatives that could be adopted by employers to preserve jobs and income while the state of public emergency remains in effect.

Although MP 927/20 has provided for some specific measures for dealing with the crisis, as shall be better explained later on, it also provided that other alternatives may be explored between the employer and the employee, through the execution of an individual written agreement, which will take precedence over the other regulatory, legal, and business arrangements, subject to the limits of the Federal Constitution (“FC”).

Among the main measures provided for in MP 927/20, we highlight the suspension of employment contracts, for up to four (4) months, for the participation of employees in distance training courses or programs offered by employers.

In view of the controversy around the issue, particularly in light of the exemption from the obligation to pay wages during the period, the federal government opted to reassess the advisability of maintaining this alternative, which was revoked the following day with the publication of Executive Order No. 928/2020.

This primer aims to present the impacts on labor relations of the covid-19 prevention measures and what companies can do to limit financial losses, maintaining in the first place the welfare of their employees, particularly in view of the alternatives created or made more flexible by MP 927/20.