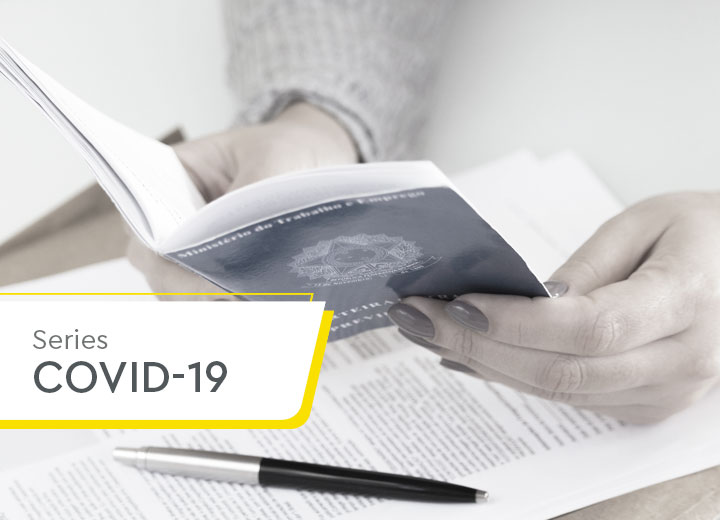 Following the procedure for conversion of Executive Order 936/20 into federal law, the Federal Senate approved the Conversion Bill (PLV) on June 16, contemplating various changes in the original text proposed by the Federal Government.

The proposed changes in the PLV directly impact on: (i) the new agreements to be entered into to reduce wages and hours or suspend contracts; (ii) obligations and guarantees to employees and employers during the period of public calamity; and (iii) various rights provided for in labor legislation.

The amendments are set out below and will enter into force only if they are ratified by the President of Brazil.

a. Agreements on reduction of work hours and salary and temporary suspension of employment contracts

One of the main objectives of MP 936 was to implement alternatives for confronting the crisis resulting from covid-19 in the area of labor relations, which were subject to targeted changes by the PLV:

Although all the changes listed above have a significant impact on the new agreements to be entered into by employers, the possibility for the Executive Branch to extend the maximum time limits for reducing work hours and salaries and for suspending employment contracts deserves special mention.

This is because, although the crisis resulting from covid-19 is still felt in various sectors of the economy, it is a fact that companies first to pursue the execution of agreements have already reached the deadlines for their validity, which has been harming the employment rate.

In addition, it is also worth noting that the Brazilian Congress, with the changes proposed in the PLV, ratified the understanding that the payment of compensatory aid can be made at a percentage greater than 30% and as a mechanism for relieving payroll, a practice that had already been adopted by various employers.

b. Period of public calamity

The PLV has provided for some new rules to be observed by employers during the state of public calamity:

Also with regard to the period of public calamity, employees shall be assured:

The PLV included some targeted changes in labor laws, some of which were reused from Executive Order No. 905/19, revoked by the President of Brazil on April 30, 2020. Among the changes by the PLV, we highlight  the amendment of the rules for entering into and paying the PLR, such as: (i) the validity of negotiation via employee committee without labor union participation, provided that, after notice, the labor union was silent for ten days; and (ii) the possibility of entering into an agreement at least 90 days before the date of payment of the single or final installment.

Much has been discussed regarding the possibility of application of article 486 of the CLT, which supposedly authorized employers to pass on to the government the payment of severance pay for employment contracts terminated by reason of the stoppage or suspension of their activities.

In order to stave off this risk, the PLV expressly prohibits the application of article 486 of the CLT due to the public health emergency resulting from covid-19.

For further information regarding the alternatives provided for in Executive Order 936 and other measures to tackle covid-19, click below on our Special Bulletin and E-book regarding the topic:

CORONAVIRUS - ANALYSIS OF THE GENERAL IMPACTS OF COVID-19 AND MP Nos. 927 AND 936 ON LABOR RELATIONS