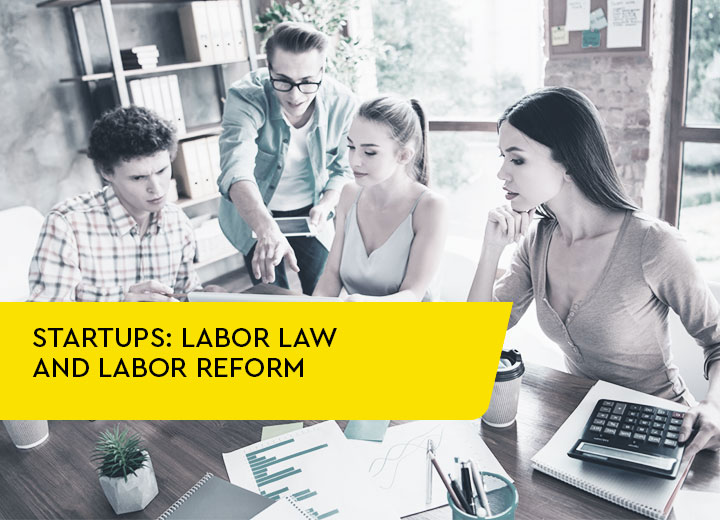 How to reconcile the interests of startups and their employees with the rules on control of work hours?

Startups are, by definition, the work environment of young people, a demanding public when it comes to instantaneousness in relationships and communications, an entirely flexible routine and less bureaucracy. This innovative profile makes day to day work very informal.

It is common, therefore, for these companies to stop adopting measures to control working hours (allowing alternative schedules), to stop requiring the presence of employees at the company, and to stop monitoring meal breaks or minimum breaks between two work days.

But the truth is that labor laws do not exempt startups from complying with the rules regarding work days, and lack of control can represent a risk that exposes startups to substantial liabilities in the case of inspection or labor suit.[1]

How can the interests of these companies and their employees be reconciled with the legal obligations? Especially after the Labor Reform there are many measures that may be adopted, depending on the profile of the startup.

The first of them is to identify employees who fall within the concept of a "position of trust"[2] or who have "external work hours,"[3] for which it is not necessary to control work hours.

Another measure is to identify employees who work on a teleworking basis, predominantly from any location, whether it is a residence, a coworking space, or another place of their choice. These professionals are also not subject to control of work hours, which guarantees broad flexibility for both them and the startup.

Having analyzed the employees for whom control of work hours is not required, one must study the best alternative for control for the other workers, according to the reality of each startup.

Traditional control mechanisms (electronic time cards, for example) do not fit into the work environment of startups. It is against the local culture. An alternative that deserves to be highlighted is the implementation of alternative work day controls through negotiation with the employees' trade union, such as control by exception, which tends to be the least disruptive in this environment. Through this system, employees record only overtime hours, when performed. This increases the practicality of the control, reduces efforts and, consequently, the costs inherent thereto.

Another alternative whose use has been growing is the work hours self-management system. Here, the parties negotiate through the employees’ trade union or individually (in the case of hyper-sufficient workers)[4] what modality of control will be adopted. Currently, there are, for example, smart phone applications that allow for remote and electronic control. It is also an option that reduces effort and costs, mainly because the process is entirely electronic.

There is also the flexibilization of the modular work day, in which employees fulfill the eight hours provided for within a range established by the company: for example, starting the work day between 7 a.m. and 10 a.m. and completing it after their entrance. With the greatest flexibility in the entry and exit times, employees can organize their personal appointments and the company can count on professionals to work at varied times.

It is also possible to institute a work hours banking system, where excess work hours in one day may be offset with fewer hours worked in another. The offset may be done (i) in the same month, without any formality; (ii) within six months, per an individual agreement with the employee; or (iii) in one year through a collective bargaining agreement with the employees' trade union. This alternative is sometimes much desired by employees, who may negotiate days off and days around holidays, offsetting them with additional work on other days.

As for breaks for meals and rest, startups may deal with them in two ways. The first of these is pre-annotation of the break time. In this case, employees will not record the actual lunch time, as it will already be filled in automatically. The second possibility is the reduction of the time break, which may be implemented through collective bargaining or agreement between the parties, in the case of hyper-sufficient employees.

[1] Except if the establishment has less than ten employees, in which case laws and regulations do not require recording and control of work hours.

[2] Employees who, under the law, hold management positions, who are equated to officers and heads of departments or branches.

[3] Employees who, under the terms of the law, carry out activities that are incompatible with the fixing of working hours, and such conditions must be noted in the Work and Social Security Ledger and in the employee register.

[4] Employees who, per the terms of the law, possess a higher-level degree and receive a monthly salary equal to or greater than two times the maximum benefit limit of the General Social Security Regime. This group of employees may individually negotiate the cases listed in article 611-A of the Consolidated Labor Laws and the result of the negotiation will have the same legal effectiveness and preponderance over collective bargaining agreements.