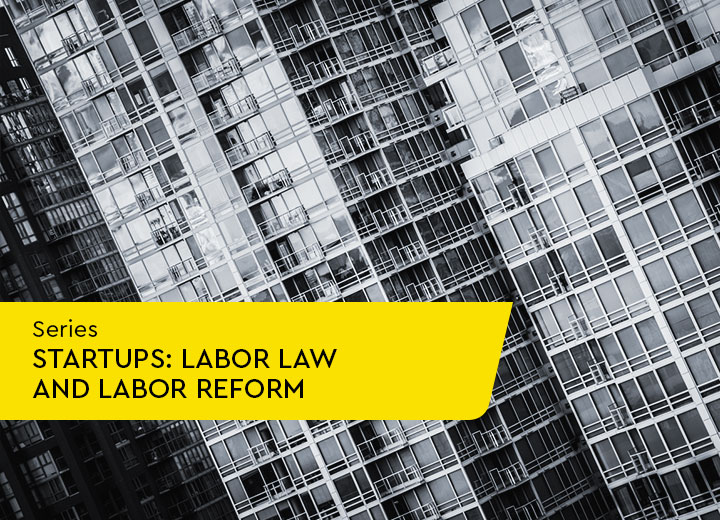 I have been subject to a labor claim. And now, am I liable?

In prior articles, we discussed some preventive measures that startups can take to adjust their internal procedures and thereby avoid possible breaches of labor laws and regulations. Startups may, however, face labor claims filed by their former employees or even by third parties who were not even their direct contractors.

There is an explanation: labor liability may overstep the boundaries of the customer-provider relationship, reaching companies or people who often did not even participate in the irregularities alleged in the case. In the labor courts, in addition to the principal debtor, usually the employer itself, third-party liability can take two forms:

In this case, the company must only pay the labor debt if the principal debtor does not. The labor courts are charged with exhausting all attempts to execute against the principal before turning against the secondarily liable party.

There are two main scenarios in which this liability is recognized in the labor courts:

The second scenario, especially relevant in the context of startups, is the individual liability of key persons for the company's labor debts. In some situations and upon due determination, partners, officers and directors, investors, and executives may be personally liable for such debts after attempts to execute against the company have been exhausted.

Given the instability surrounding some startups in their early years, it is only natural that the personal liability of their investors may discourage capital contributions. However, in order to minimize investment risks, shield investors' personal assets, and stimulate capital contributions, in 2016 there was an important amendment to the National Simplified Tax System Law.

With this change, capital contributions to micro and small businesses, the main models for creating startups, do not make up the respective capital stock. Thus, such investors, also known as “angel investors,” are liable for the company's debts up to the limit of the capital contributed. Those who choose to contribute in such conditions will have greater legal certainty and confidence in making investments in startups still in the development phase.

Unlike in the case above, the company jointly and severally liable may be executed simultaneously with the other companies sued in the labor claim. There is therefore no order to be respected by the judge, who may execute any one or even all of the companies at the same time. The main assumptions for joint and several liability in the labor courts are as follows:

The concept of an economic group, one of the most frequent cases in labor courts, is present in the Consolidated Labor Laws (CLT), in its article 2 and relevant paragraphs. Although the text has undergone various changes over the years, the current wording requires that, to establish an economic group, it is necessary to prove: (i) a relationship of direction, control, or management between companies; (ii) integrated interest; (iii) an effective communion of interests; and (iv) joint action by the companies.

In addition, with the conversion into law of Presidential Decree No. 881/19 (the Economic Freedom Executive Order), it is expected that the mere existence of an economic group will no longer be sufficient for the recognition of joint and several liability. If the new wording is approved by the National Congress, it will also be required to prove abuse of legal personality, identified by the misuse of its purpose or the mixing of assets. This is a highly relevant change that will have various consequences for the way the labor courts review the subject.

Thus, with regard to secondary liability, startups will have to redouble their care in selecting and hiring service providers, opting for those with better financial health and a high reputation in the market. Investors are advised to exercise caution not only in selecting startups but also, and especially, in choosing the best form of contribution of funds, safeguarding their personal assets.

With regard to joint and several liability, startups will have to closely monitor the financial health of related companies, since under current laws and regulations just a few elements are enough for the establishment of an economic group. It is worth remembering that this scenario may be changed significantly with the conversion into law of the Economic Freedom Executive Order.