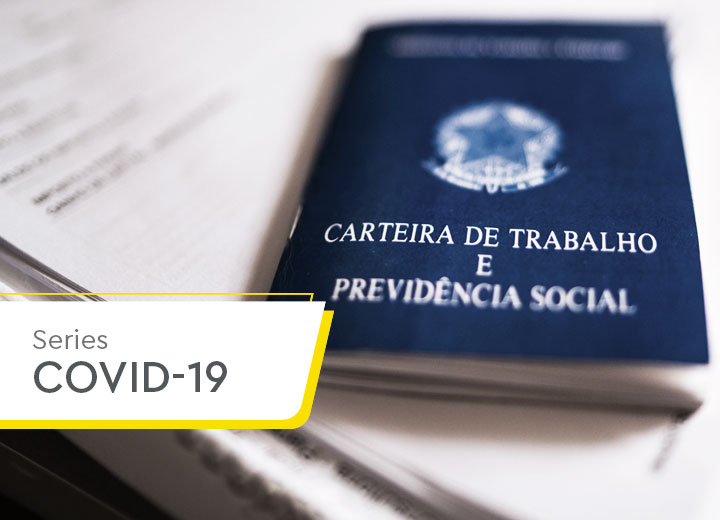 On April 1, 2020, the Federal Government published Executive Order No. 936 ("MP 936") intended to implement new labor and employment measures for employers to confront the coronavirus (covid-19) and, with that, preserve economic activity and employment level, without significant impact on employees’ income.

It is expected that MP 936, also known as the “Emergency Employment and Income Maintenance Program”, will preserve around 8.5 million jobs and benefit a contingent of 24.5 million employees across the Brazilian territory during the state of public calamity.

In order to achieve these goals, MP 936 establishes two main labor and employment measures for employers to confront the crisis: (i) proportional reduction in work hours and salaries; and (ii) temporary suspension of employment contracts (layoffs).

Before detailing each alternative, it is worth mentioning that:

That said, please see below the details of each measure established by MP 936:

This consists of an individual agreement or collective bargaining for a proportional reduction in employees' salaries and work hours, for which the Federal Government will pay the “Emergency Employment and Income Preservation Benefit.”

The reduction may be implemented in the percentages set out below, all of which may be fixed through collective bargaining or, under certain conditions, individual agreements:

Thus, for employees receiving salaries between R$3,135.01 and R$ 12,202.11, reductions higher than 25% may only be implemented through collective bargaining.

In addition, employers must consider that employees’ hourly wages must be preserved and that the reduction cannot exceed the maximum period of 90 days.

MP 936 also established that employers may agree to reduction percentages different from those indicated above through collective bargaining, subject to the proportion of the Emergency Benefit payment provided for in MP 936.

This consists of an individual agreement or collective bargaining for the temporary suspension of employment contracts by employers, with the payment of up to 30% of the employee’s salary by the employer, and payment of the “Emergency Employment and Income Preservation Benefit” by the Federal Government.

With respect to this measure, it is worth mentioning that, last March 22, the Federal Government published Executive Order No. 927, establishing the possibility of implementing a temporary suspension of employment contracts without any salary or governmental aid, which was revoked, on the following day, by Executive Order No. 928.

With MP 396, the Federal Government apparently sought to correct the procedure previously established, which was target of harsh criticism by the press, Governors, and Congressmen due to a potential lack of protection for employees during the crisis.

However, unlike the provisions established by Executive Order No. 927, the suspension of employment contracts established by MP 936 must comply with some specific conditions according to the employer’s gross revenue in the 2019 calendar year:

Thus, for employees receiving salaries between R$3,135.01 and R$ 12,202.11, temporary suspension of the employment contract may only be implemented through collective bargaining.

In addition, employers must observe some conditions when implementing suspension of employment contracts:

Finally, MP 936 also establishes, for both measures described above, that:

The Emergency Employment and Income Preservation Benefit will be calculated based on a percentage of the Unemployment Insurance, which is currently calculated as follows:

For example, for an employee who, in the last three months, had an average salary of BRL 2,000.00, the amount of each payment of his/her Unemployment Insurance would be BRL 1,479.87. If that employee agrees to a 50% reduction in work hours and salary with his/her employer, the employer would pay 50% of the employee's salary (BLR 1,000.00) and the Federal Government would pay 50% of the Unemployment Insurance Installment, which, in this case, corresponds to BRL 739.94. Therefore, during the period of work hours and salary reduction, this specific employee would receive a monthly amount of BRL 1,739.94, which is, approximately, 87% of his/her original salary.

Other Provisions of MP 936

[1] For example, a company implementing a salary reduction for 3 months will not be able to terminate the employee during this period and for the following 3 months, totaling 6 months of guarantee of employment.

[5] According to MP 936, the allowance paid by the employer will not have a salary nature and, thus, will not be considered for purposes of income tax, social security contributions, other taxes on payroll and the Severance Guarantee Fund (FGTS). It may also be excluded from the company’s net income for purposes of Corporate Income Tax (IRPJ) and Social Contribution on Net Profits (CSLL).