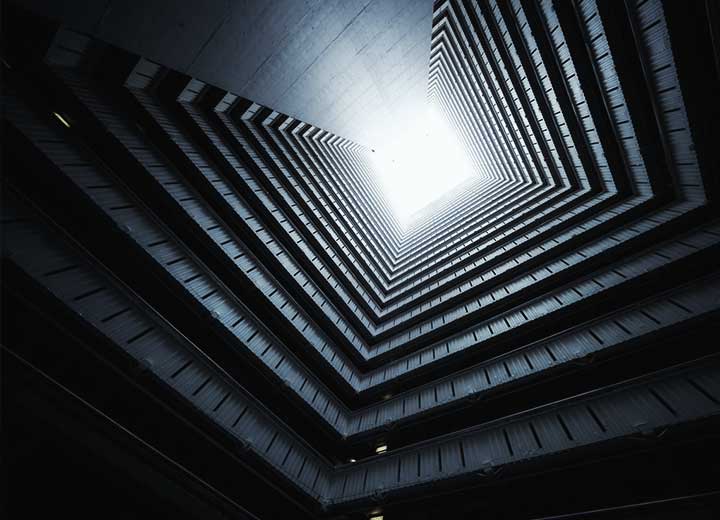 The new Collective Bargaining Agreement for Bank Employees 2018/2020 (CCT) brought in an important change by including the first paragraph in section 11,[1] which provides for offsetting between the value of the 7th and 8th hours granted as overtime and the bonus of function, in the event of de-qualification, in a labor claim, of the position with the bank as being one of trust.

There are decisions by the courts of labor appeals, however, which remove the position of trust of bank employees whose differentiated position of trust is not proven by the employer banks. In such cases, the request for the payment of overtime beyond the sixth daily hour is granted as though it were for an ordinary bank employee, without allowing for the offsetting of the bonus already paid during the employment contract in the exercise of the eight-hour working day.

The possibility of offsetting between these amounts has historically been the subject of various requirements by the employer banks, since the initial purpose of paying the bonus of function to bank employees with an eight-hour working day was precisely in order to remunerate the two hours of overtime over six hours, as was even established in Precedent No. 102, item II,[3] of the Superior Labor Court (TST).

It should be noted that the wording of the above-mentioned precedent merely repeated what had already been determined in 1982 by the former Precedent No. 166 of the TST, which was canceled following its incorporation into Precedent No. 102, in the light of the revision carried out by Resolution No. 129/2005. In addition, transitory Jurisprudential Guideline No. 70 of Subsection I Specialized in Individual Disputes (SDI-1)[4] of the TST (transitional OJ No. 70), issued in 2010, also provides for the possibility of offsetting between the bonus of function and overtime hours.

Over time, the labor courts began to adopt the view that the classification of bank employees into positions of trust was often designed to avoid bank employees' special work hours. Thus, in contradiction to the understandings previously expressed by the TST (and even later, if we consider transitional OJ No. 70), Precedent No. 109 of the TST was issued,[5] establishing that bank employees not classified in paragraph 2 of article 224 of the CLT via judicial decision, but that receive a bonus of function, cannot have wages relating to extra hours offset by the value of that bonus.

In other words, necessarily, the new wording of the CCT supposedly contradicted the current case law of the TST on the subject, which has generated great repercussions among the parties covered by the negotiation.

At the outset, the possibility of negotiating collective labor issues related to employees' working hours may be defended as of the publication of Law No. 13,467/2017, known as the Labor Reform, which included article 611-A[6] in CLT and provided in section I that collective bargaining agreements have prevalence over the law when they establish provisions regarding working hours, subject to the constitutional limits.

In this scenario, the declaration of validity of the new provision by the courts of labor appeals seemed to be surpassed, especially if considered in conjunction with the provisions of article 611-A, section I of the CLT and article 8, paragraph 3,[7] of the CLT, which determines that, in an examination of collective bargaining agreements, the Labor Courts will examine only fulfillment of the essential elements of the legal transaction, subject to the provisions of article 104 of the Civil Code,[8] and shall support their activities on the principle of minimum intervention into the autonomy of the collective will.

In the first article published in the Legal Intelligence Portal on the subject,[9] in March of 2019, we emphasized that it was not yet possible to evaluate the impressions expressed by the Labor Courts on the subject, given the scarce material then existing. However, after approximately six months since the entrance into effect of the new CCT, there are already several divergent positions regarding the validity of the new provision.

In turn, other judgments, such as those published in the records of cases No. 1001613-43.2018.5.02.0061 (61st Labor Court of São Paulo - Barra Funda), No. 1000242-15.2019.5.02.0706 (6th Labor Court of São Paulo - Southern District) and No. 1000116-74.2019.5.02.0605 (5th Labor Court of São Paulo - Eastern District), argue for the invalidity of the new provision. One of the bases is that it supposedly constitutes intervention in the judicial activity, exclusive to the Judiciary, and, therefore, is not a question of the prevalence of what is negotiated over what is legislated. Another allegation is that employees hired before the effective date of the provision cannot undergo prejudicial changes in the conditions of the contract, under the terms of article 468 of the CLT.[12]

The divergence between the positions expressed by the Labor Courts only shows that the issue will still undergo a process of maturation and stabilization, until there is greater consolidation of the case law of the labor courts on the subject or a final ruling by the TST or STF, although the validity of the norm is fully defensible, under the terms of article 7, XXVI, of the Federal Constitution and article 611-A of the CLT.

[1] “SECTION 11 - BONUS OF FUNCTION
The value of the bonus of function, referred to in paragraph 2 of article 224, of the Consolidated Labor Laws, shall not be less than fifty-five percent (55%), except for the State of Rio Grande do Sul, whose percentage is fifty percent (50%), always applicable over the salary of the actual position plus the additional pay for length of service, already readjusted under the terms of the first section, following the most advantageous criteria and other specific provisions set forth in the Amended Collective Bargaining Agreements.
Paragraph one. If there is a judicial decision that declassifies the employee from the exception provided for in paragraph 2 of article 224 of the CLT, who is receiving or has already received the bonus, which is the consideration for the work performed beyond the sixth (6th) hour per day, such that work is only considered overtime after the eighth (8th) hour worked, the amount owed relative to overtime and related payments shall be fully deducted/offset, with the value of the bonus and related payments paid to the employee. The deduction/offset provided for in this paragraph shall be applicable to the suits filed as of December 1, 2018.

Paragraph two. The deduction/offset provided for in the paragraph above shall comply with the following requirements, cumulatively:

[2] Article 224. The normal working hours of employees at banks, banking houses, and Caixa Econômica Federal shall be six (6) continuous hours on weekdays, with the exception of Saturdays, for a total of thirty (30) hours of work per week.
Paragraph 2. The provisions of this article do not apply to those who exercise positions of direction, management, oversight, supervision, and the like, or that exercise other positions of trust, provided that the amount of the bonus is not less than one third of the salary of the actual position.

[3] Precedent No. 102 of the TST
BANK EMPLOYEE. POSITION OF TRUST (upheld) - Res. 174/2011, made available in the State Labor Court Gazette (DEJT) on May 27, 30, and 31, 2011
I - A demonstration, or lack thereof, of the exercise of a position of trust referred to in article 224, paragraph 2, of the CLT, depending on proof of the actual duties of the employee, is not subject to review by means of a writ of review or motion to review.
II - Bank employees who perform the function referred to in paragraph 2 of article 224 of the CLT and receives a bonus of not less than one-third of their salary already receive the two overtime hours over six. (former Precedent No. 166 - RA 102/1983, published in the Gazette of the Judicial on October 11, 1982 and October 15, 1982)

[4] 70 - CAIXA ECONÔMICA FEDERAL. BANK EMPLOYEE. CAREER PLAN IN COMMITTEE. CHOICE FOR EIGHT-HOUR WORKDAY. INEFFICACY. EXERCISE OF MERELY TECHNICAL FUNCTIONS. NO ESTABLISHMENT OF EXERCISE OF POSITION OF TRUST. (published in the Electronic Gazette of the Labor Judiciary on May 26, 27, and 28, 2010)
In the absence of the special trust referred to in article 224, paragraph 2, of the CLT, the employee's adherence to the eight-hour workday in Caixa Econômica Federal’s Career Plan is ineffective, which is results in return to the six-hour workday, with the seventh and eighth hours worked being due as overtime. The difference in bonus of function received in the view of ineffective adherence may be offset with the overtime hours provided.

[5] Precedent No. 109 of the TST: Bank employees not classified within paragraph 2 of article 224 of the CLT that receives a bonus cannot have the overtime wages offset by the value of that bonus.

[6] Article 611-A, subsection I. Collective conventions and collective bargaining agreements take precedence over the law when, among other things, they set forth provisions with respect to: I - agrees as to working hours, subject to the constitutional limits.

[7] Article 8, paragraph 3.  In examining collective conventions or collective bargaining agreements, the Labor Courts shall exclusively examine fulfillment of the essential elements of the legal transaction, respecting the provisions of article 104 of Law No. 10,406, of January 10, 2002 (the Civil Code), and shall support their activities on the principle of minimum intervention on the autonomy of the collective will.

[8] Article 104. The validity of the legal transaction requires:
I - competent agent;
II - purpose that is lawful, possible, determinate, or determinable;
III - manner provided for or not prohibited by law.

[10] Article 7, subsection XXVI. The following are rights of urban and rural workers, in addition to others that seek the improvement of their social condition: XXVI - recognition of collective bargaining conventions and agreements;

[11] Paragraph 5. The trade unions subscribing a collective convention or a collective bargaining agreement must participate, as necessary co-litigants, in individual or collective actions whose subject-matter is the cancellation of provisions of these instruments.

[12] Article 468 - In individual contracts of employment, it is only lawful to change the respective conditions by mutual consent, and provided that they do not directly or indirectly result in prejudice to the employee, under penalty of nullity of the provision in breach of this guarantee.