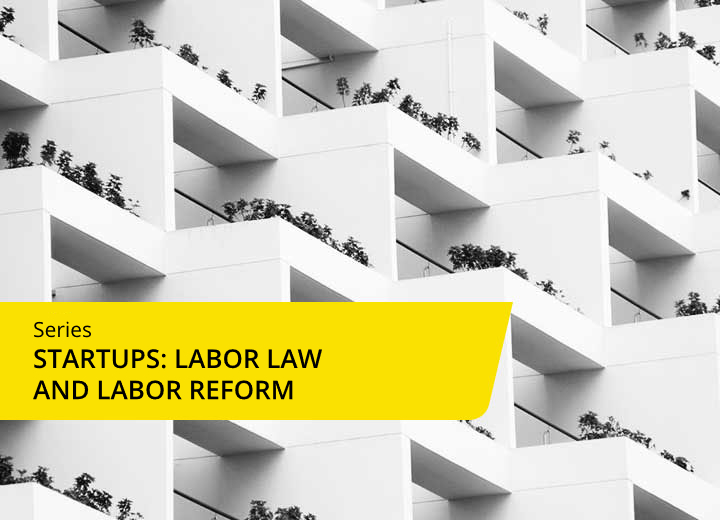 Details
08 May 2019
Labor and employment

Brazil has one of the most complex regulatory environments in the world for those who want to start up a business venture, according to the publication Doing Business 2019,1 of the World Bank Group.

Among the 190 economies surveyed in 2018, Brazil is at 109th position in the overall in the ease of doing business ranking. Among the BRICs, Russia is in the 31st position, China in the 46th, and India in the 77th. In the specific ranking for ease of starting a business, Brazil occupies the 140th position, behind Russia (32nd), China (28th), and India (137th).

Much of the complexity of this regulatory environment is directly related to labor law: as if the ever-changing tangle of laws, decrees, ordinances, and norms were not enough, companies also have to be always vigilant regarding new rulings, jurisprudential guidelines, and judicial precedents which, at one time or another, have a direct impact on legal certainty, thus generating unexpected labor uncertainties and liabilities.

The long-awaited and necessary Labor Reform itself has already been amended by two presidential decrees, the first of which was published less than two days after its entry into force in order to address controversial points, and the second, at the beginning of March of this year, in order to change the rules related to the collection of trade union contributions.

Despite this challenging business environment, in Brazil, certain cities, especially São Paulo, Santa Catarina, Minas Gerais, Paraná, and Rio de Janeiro,2 have been transforming themselves into important poles for development of startups, some of which have already achieved market value exceeding US$ 1 billion, such as the companies 99, PagSeguro, NuBank, and Stone.

According to Censo StartSe 2017: Brazil Startup Ecosystem Report,3 70% of the startups analyzed were founded between 2016 and 2017 and, although young, only 5.4% are in the initial stage, 38% are in the validation stage, 36% are in the business stage, and 20.6% are already in the scaling stage, beginning their period of accelerated growth.

In this context and seeking to contribute and collaborate to the growth of innovative businesses that transform realities, Machado Meyer Advogados launches the series Startups: Labor Law and the Labor Reform.

The series will be composed of weekly articles focused on the labor regulatory environment and aims to explore in a simple and practical manner the main areas of this complex of laws and precedents that impact on the daily life of startups throughout their developmental stages.

In fact, in its early stages, when a startup is a promising idea or an innovative project, contact with Labor Law is still very incipient. The Consolidated Labor Laws, known as the CLT, and the main players present in the day-to-day business of traditional companies, such as trade unions, the Labor Courts, the Labor Prosecutor's Office, and the now-defunct Ministry of Labor (now part of the Ministry of the Economy), seem to be distant points on the horizon.

However, as a startup develops and grows through the raising of external funds via investment rounds, issues related to Labor Law become more and more present and, if not addressed correctly, may turn into labor liabilities capable of directly affecting the raising of capital contributions from investors.

After all, even though startups as a rule are based on an innovative and disruptive business model, their legal structure is embedded in a regulatory environment common to any other company and, as such, is subject to the regulatory, administrative, and judicial complex to which the other traditional companies are exposed.

In view of this, our series proposes to hold a dialogue on legal solutions and opportunities for problems commonly faced by startups, through topics such as trade union classification, forms and structures for hiring employees and executives, work hours and alternatives, compensation and incentives linked to stock (stock options, phantom stock, and stock grants), intellectual property, confidentiality, non-solicit, and non-compete obligations, termination of employment, and liability of partners and investors.

The first article, which will address issues related to trade union classification, will be published on this portal on March 25.

If you want some specific topic to be covered throughout the series, please send your suggestion by clicking here.

1 16th edition of the report published annually by the World Bank Group that analyzes the level of complexity for doing business in more than 190 countries.

2 According to data from ABStartups and Accenture (2017).

3 Prepared by StartSe based on data from 779 startups and more than 2,900 participants from the Brazilian startup ecosystem.