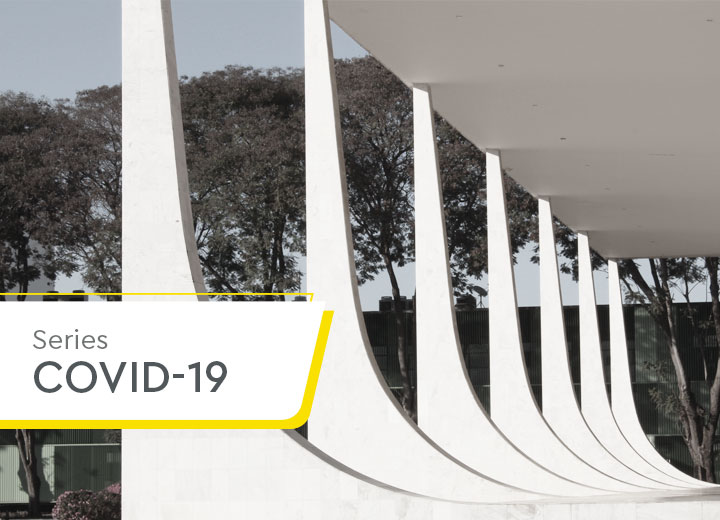 Amidst the scenario initiated by the coronavirus (covid-19) and the focus given by the Federal Supreme Court (STF) on the lawsuits directed to the issue, the Court recently decided en banc, in a virtual session, that the appeal deposit is unnecessary for the admission of extraordinary appeals.

Established in 1968, an appeal deposit is required from the defendant, usually employers, in the act of filing their appeals. The amount is limited to the amount of the judgment and the ceilings set annually by the Superior Labor Court (TST), whichever is lower. Although it is a requirement for admissibility of the appeals, the deposit does not represent a judicial fee, but rather funds intended to guarantee the judgment, that is, it will be allocated to payment of the labor debt at the end of the trial and, if the suit is dismissed, returned to the defendant.

Regarding the case reviewed by the STF, a telephone operator filed a labor complaint against a telecommunications company, claiming various rights. The claim reached the TST, which ended up denying review to the extraordinary appeal filed by the defendant with the STF, in view of the absence of proof of payment of the appeal deposit for that purpose. In the face of this denial, the defendant filed an interlocutory appeal, forcing the Supreme Court to review the appeal.

In reviewing the issue, the Justices of the STF approved the following theory of general repercussion, binding the other instances and courts: "It appears incompatible with the Federal Constitution to require a prior deposit as a condition for admissibility of the extraordinary appeal, in which the provision contained in paragraph 1 of article 899 of the Consolidated Labor Laws has not been accepted, with the provisions contained in the head paragraph of article 40 of Law No. 8,177/1991 being unconstitutional and, by extension, subsection II of Normative Instruction No. 3/1993 of the Superior Labor Court.

In his opinion, still pending release, the reporting judge, Justice Marco Aurélio de Melo, stated that the requirement is beyond reasonable, since the law cannot condition access to the Judiciary on a prior deposit. In his words: "To appeal to the Supreme Court, one cannot contemplate payment of a certain amount", emphasizing that access to justice and a broad defense are constitutional guarantees.

The Justice also highlighted the STF case law which, in similar cases, also decided there is incompatibility between the requirement of a prior deposit and the aforementioned guidelines of the Federal Constitution, reinforcing the peculiarity and relevance of the extraordinary appeal for the preservation of constitutional guarantees.

The discussions on appeal deposits in the Labor Courts, their consequences, and, especially, their enforceability in accordance with the provisions of the Constitution, are not new, considering precisely the grounds invoked by the STF. However, the recent decision has rekindled them, all the more so in terms of their scope and their impact on other labor appeals.

In this sense, although the decision expressly refers to extraordinary appeals, it may be seen that the theory of general repercussion gives rise, at first and in a literal interpretation, to expansion of its effects, to be confirmed when the appellate decision and its terms is made available, or, at least, a strong basis for discussing the requirement of an appeal deposit in other appeals in labor suits.

The issue is extremely relevant if we consider the compromise to companies' cash flow - currently appeal deposits have as a limit the amounts of R$ 9,828.51 and R$ 19,657.02, depending on the appeal, especially in the cases of non-profit entities, domestic employers, individual micro-entrepreneurs, micro-companies, and small companies, even though, for such people, the Labor Reform (Law No. 13,467/17) has reduced those amounts in half.

According to the balance sheet prepared by Caixa Econômica Federal, the entity competent for the custody of these funds, appeal and judicial deposits totaled approximately R$ 90 billion in the first quarter of 2020. Without forgetting the judgments that these deposits are intended to secure, the funds are undoubtedly needed by employers, especially considering the economic crisis predicted as a result of the new coronavirus pandemic.

To those who oppose the end of the appeal deposit, it is worth remembering that procedural law provides other tools capable of guaranteeing future enforcement of the judgment. Therefore, it is not justifiable, nor reasonable, to bind and limit access to Justice based on advance of the fulfillment, in part or in full, of the penalty, which, by the way, upon the presentation of the appeal, will still be under discussion.

In any event, the issue is far from settled, mainly due to the fact that the STF issued its specific decision on the enforceability of the appeal deposit for the filing of extraordinary appeals. For this reason, the non-collection of appeal deposits should be weighed against due and extreme caution.