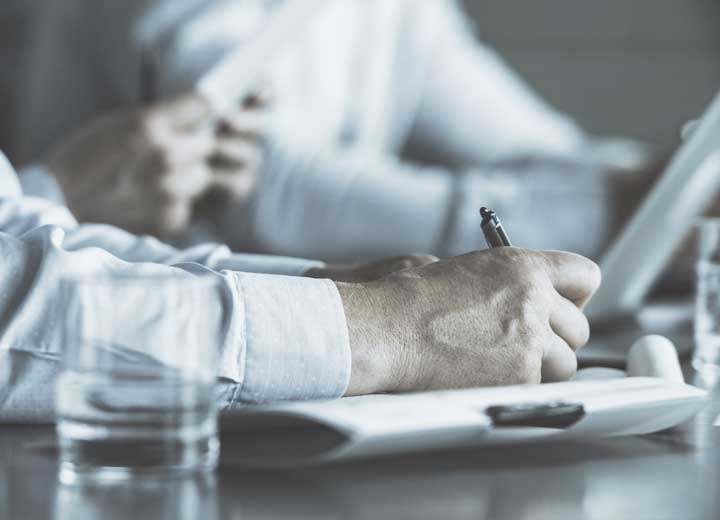 The entry into force of Law No. 13,467/2017 (Labor Reform) brings to light a debate already widespread in the US, but very little discussed here in Brazil: the application and enforceability of the clawback clause in employment contracts for executives at publicly traded corporations.

After the economic crises of the last two decades, especially after the collapse of the giant Enron in 2001, governments around the world have begun to devote more attention to the management practices of top executives with the power to impact on domestic and international markets.

In response to this scenario, the US has issued a series of laws aimed at curbing deviations by these agents: in 2002, the Sarbanes-Oxley Act was passed; in 2008 and 2009, respectively, the Emergency Economic Stabilization Act (EESA) and the American Recovery and Reinvestment Act (ARRA); and finally, in 2010, after the 2008 crisis, the US government approved the Dodd-Frank Wall Street Reform and Consumer Protection Act (Dodd-Frank Act). Among other features, these laws regulate the so-called clawback clause.

This provision requires restitution of bonuses and/or financial compensation received in advance by executives who make up the company's management in cases in which accounting restatements occur as a result of misunderstandings or fraud, even if misconduct/mismanagement is not demonstrated.

In the US, clawback clause has become quite common in recent years, especially after the entry into force of the Dodd-Frank Act. According to author Sam Sharp, "A recent study by Equilar, a proxy research firm, found that approximately 73% of Fortune 100 companies had clawback policies as of 2009, compared to 18% of those companies in 2006."

In Brazil, this trend was evident with the entry into force of the following regulatory acts: (i) Resolution No. 3,921/2010, issued by the Central Bank of Brazil (BACEN); and (ii) Normative Instruction No. 480/2009, issued by the Brazilian Exchange Commission (CVM) and subsequent amendments.

The aforementioned standards clearly demonstrate a concern with the compensation of executives tied to risk taking. However, there is still no consistent debate on the implementation of the clawback provisions for listed companies. It seems to us, however, that BACEN Resolution No. 3,921 opened an important door for the introduction of the clawback clause in Brazil, although only for financial institutions. Now, the Labor Reform has further cemented the possibility of including this type of contractual provision in executive contracts in Brazil.

This is because one could argue that, due to the fact that these high-level individuals are  regular employees of the company, they would automatically be considered in a weaker bargaining position and without negotiating power (autonomy of the will). Thus, clawback provisions in contracts with employees could be taken as abusive and therefore unenforceable.

As a means of avoiding this understanding, the argument presented was more along the lines of principle by virtue of the applicability of the principle of pacta sunt servanda and the principle of autonomy of will.

The argument in this case would be the impossibility of uncritically accepting that the rules adopted in 1943, when the Brazilian Labor Code (CLT) were enacted, may be be applied in the same way today, without a contextualized analysis. The reality of employment relationships has become more complex and the same has occurred with the standards and qualifications of the Brazilian workforce.

Today senior executives have extensive CVs, national and international work history, vast professional experience, and a rich academic background. Obviously, they cannot be equated with truly weaker employees who often have not even completed basic education, precisely the category of employees for whom the CLT’s rules were designed, with a few exceptions.

Following this line of reasoning, the Labor Reform changed the sole paragraph of article 444 of the CLT to include expressly that the negotiation of the terms of the employment agreement is free (insofar as one does not contravene labor protection laws, collective bargaining agreements, and decisions of competent authorities) for those employees holding a higher education degree and who receives a monthly salary equal to or greater than twice the maximum benefit limit of the General Social Security System, which today amounts to R$ 11,062.62.

Therefore, the labor rule that will be in effect as of November 11, 2017, is that employees deemed to be in a “stronger" position will have unrestricted autonomy to negotiate and renegotiate all clauses of their contract. In this sense, there is no longer any impediment to inclusion of the clawback clause in executives' employment contracts in Brazil.

As a practical effect of this change, companies may require the return of incentives (bonuses, PLR, stock options, etc.) advanced to executives to offset significant and measurable losses to the company due to misconduct in the management of the business. For proven willful misconduct, there is an express provision in the CLT regarding the possibility of reimbursement from the employee.

This procedure is similar to the rules set forth in article 462, paragraph 1 of the CLT. More precisely, the difference between the discount set forth in that article and the effects provided in the clawback is merely practical, since both mechanisms have the same substantive nature. Instead of clawing back previous incentives advanced to executives, the article in the CLT provides for discounts from future compensation (including bonuses, if eligible) for losses caused. The essence, however, is the same: recovering pecuniary damages caused by employees by reason of misconduct, whether or not willful.

Given the subtle difference between the two systems, with the inclusion of clawbacks in employment contracts, it will be possible to obtain reimbursement for losses even from those managers who have already been dismissed if it is proven that they did not fulfill their duty of care. In the case of the discounts set forth in article 462, paragraph 1, of the CLT, discounts could receive successive treatment and, in theory, could occur until the termination of the contract, under the terms of article 477, paragraph 5 of the CLT.

With the Labor Reform, one finds that any limitation on amounts (currently it can be argued that discounts are limited to the value of an employee's compensation, per interpretation of article 477, paragraph 5 of the CLT) and as of the moment of the demand for reimbursement (up to contractual termination) it will undergo a major transformation, since “stronger" employees will be able to individually negotiate the terms and conditions of their employment contracts. Therefore, the discounts provided for in article 462, paragraph 1 of the CLT or the provisions of the clawback itself may be freely negotiated between the companies and their executives.

Considering the substantial incentives granted to these employees, which are linked to the company's supposed financial success but only returned on the grounds of commission of error/fraud in the financial statements, there is no way of allowing any offsets/discounts to be restricted to the period of employment and subject to the limitations imposed by the CLT.

Thus, the employer is granted the right to recover from executives who have acted to the detriment of the company, in an erroneous or intentional manner the exact amounts advanced by it and subsequently associated with errors or fraud committed by them. This applies both during employment and after termination, a more common situation since the conduct can lead to dismissal for cause immediately.