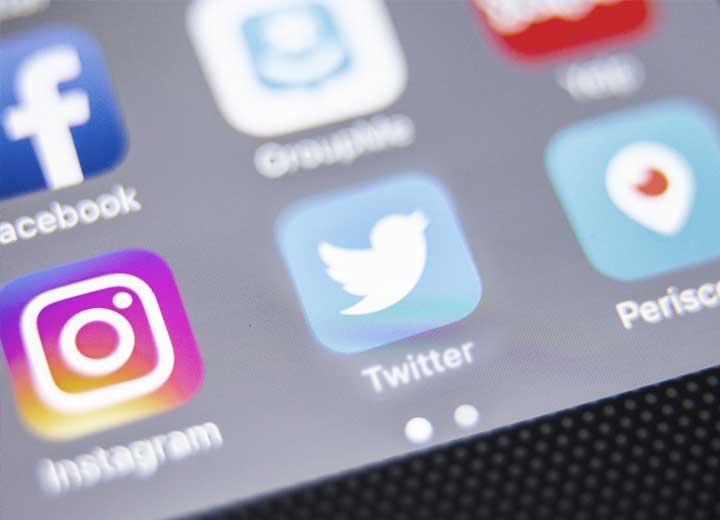 The rapid expansion of social networks has provoked important debates about the consequences and limits of freedom of expression. With the popularization of the use of smartphones, networks like Facebook, Twitter, Instagram, WhatsApp, Snapchat, and many others popped up and grown exponentially throughout the world and also in Brazil. Surveys indicate that about 130 million Brazilians were active users of some social network in 2017, placing the country in fourth place in the world, behind only China, India, and the United States (and next to Indonesia). The same surveys reveal that Brazil is the third country in the world in number of active users on Facebook and the second in active users of Instagram.

Despite some restrictions on the use of social networks, such as blocking racist comments or inappropriate scenes, the ease of use of these tools allows users to freely express their thoughts and opinions on a wide variety of subjects and in a variety of ways. The face-to-face distance between network members, however, creates a false sense of protection and causes people to manifest their thoughts and ideas more freely. The fact is that this often-unthinking use of social networks to publicly express opinions about issues related to their own employment can have negative impacts on labor relations.

Article 482 of the Consolidated Labor Laws provides for the possibility of dismissal of an employee for just cause when that employee has committed an act considered harmful to the honor or good name of the employer or superiors, and it is up to the employer to review these statements to take the appropriate measures.

Our courts of labor appeals have increasingly received labor claims containing petitions to overturn dismissals for cause arising from acts allegedly harmful to the employer's honor committed by employees. In analyzing the decisions handed down, it appears that there is no majority position in the labor courts, and the judges have conducted detailed analysis of the evidence and facts presented by the parties.

In order not to run the risk that the labor courts will find that dismissal was not for just cause, the employer has two paths to follow. The first is the preparation of a code of conduct or a policy for procedures to be respected by employees. It should set out boundaries on the use of social networks for work-related issues, thereby requiring employees' confidentiality on certain subjects, and emphasize that the employer does not accept publication of social commentary on working conditions that exposes specific issues on the work environment, or comments about the company or co-workers.

Along those lines, as a second path, the employer will be given the option of analyzing employees’ conduct in the same way that labor judges themselves would do it, thereby considering that dismissal for just cause to be the maximum penalty to be applied to the employee, with consequences that will mark employees’ entire professional life. If the employer adopts this measure without robust evidence that the posts on the social network constituted an act harmful to the company’s reputation, just cause may be reversed in court.

The employer should therefore analyze the materiality and authorship of statements on social networks to confirm whether the employee is the author of the postings that cause damage to the company's image or, if not, if they made comments that corroborated the harmful postings. Cases in which employees only "like" the posting of other users, without expressly stating their opinion contrary to the company, have ended in reversal of just cause in the Labor Courts and in judgments entered against the employer to pay the severance and incidentals.

Another point to be analyzed concerns the seriousness of the act committed by employees and the proportionality of the penalty applied by the employer. Posts where there is no objective injury to the employer's honor may lead to a finding of dismissal without just cause. In such cases, the employer must apply other administrative penalties to the employee in proportion to the conduct adopted. Subliminal messages, therefore, are not enough to give rise to the application of just cause.

Dismissals for just cause with less potential for reversal when challenged by employees in the Labor Courts have been cases in which employees directly attack the honor or good reputation of the employer or their superior, with complaints about working conditions, associating them with slave labor, for example, or vulgar words directed against the company or against hierarchical superiors.

It is also important to check the publicity given to employees' statement. In cases of private postings, which are hidden from the general public, damage to the image or good reputation of the employer would not be found. On the other hand, injury is clear when employees make postings public and link them to other employees or companies.

Finally, employer must observe immediacy in the application of dismissal for just cause, since delay in punishment is interpreted as tacit pardon and, consequently, as acceptance that there was no harm or damage to the company’s honor or image.

In sum, in response to potentially negative messages passed on by their employees on various social networks, employers must analyze in detail whether all the above elements are present, and whether statements go beyond the limits of freedom of expression and constitute an injury or offense to the company’s honor and good reputation.