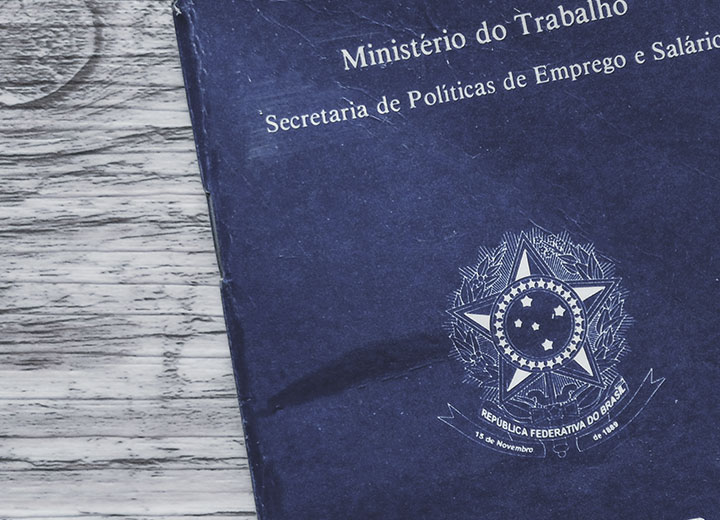 The main aspects of MP 905, which creates the Green and Yellow Employment Contract and implements significant changes and innovations in social security, labor, and tax law

We summarize below the main points of MP 905.

We note, however, that not all changes and innovations are already in effect. The date for entry into force of the changes implemented are addressed in this specific article.

Companies hiring employees under a Green and Yellow Employment Contract will have significantly reduced payroll charges for these workers.

According to MP 905, hiring companies will be exempt from social security contributions, education allowance, contribution to other “S System” entities, including the contribution to INCRA. In addition, the FGTS rate is reduced to 2%, regardless of the amount of the compensation.

For hiring under this system, which will be valid from 01/01/2020 to 12/31/2020, companies must observe the following requirements: (i) age of the worker between 18 and 29 years; (ii) monthly base salary limited to 1.5 times the national minimum wage; (iii) contract term of 24 months; (iv) be the first record of employment for the respective worker (prior employment as an apprentice, under a probationary employment contract, under an intermittent employment contract, or in one-off jobs (trabalho avulso) is not considered to be a first record of employment for this purpose); (v) the engagement must be exclusively for new job positions; and (vi) the number of workers in this new system cannot surpass 20% of the total number of employees of the company.

The form of remuneration under this system will also be different, and the hiring company must pay the monthly salary and anticipated proportional vacation plus one third, and the 13th proportional salary. It is also possible to negotiate the advance payment of half of the compensation for the FGTS fine.

Changes in the rules related to the payment of Profit Sharing (PLR):

In general, the changes promoted by MP 905 aim to clarify the text of the rules used as a basis for constructing restrictive interpretations of the legislation regarding PLR by the tax authorities and the administrative courts.

In summary: (i) labor union participation was waived if the PLR was instituted by a committee elected by the parties; (ii) in the establishing of substantive rights and complementary rules, including the setting of amounts and exclusive use of individual goals, the autonomy of the will of the parties to the contract must be respected and prevail vis-à-vis the interest of third parties; (iii) the rules set forth in an instrument shall be considered previously established when it is signed (a) prior to the payment of an advance, when provided for; and (b) at least 90 days prior to the date of payment of the lump sum or final installment, if there is advance payment; and (iv) noncompliance with the frequency of payments only prejudices payments made in violation of the rule, thus understood to be (a) overpayments to the second, made to the same employee, within the same calendar year and (b) payments made to the same employee at a frequency of less than one calendar quarter from the previous payment.

Changes to the food voucher concession:

The new text of paragraph 5 of article 475 of the Consolidated Labor Laws ("CLT") provides that the supply of food to employees, either in natura (meals provided at the company) or food provided through vouchers, coupons, checks, electronic cards for the purchase of meals, or groceries are not salary in nature, and no social security contributions or other payroll taxes are levied, such as FGTS and IRRF.

This innovation has put an end to the discussion regarding the levying of social security contributions on the provision of food to employees deriving from old orders by the tax authorities. Now, MP 905 expressly states that social security contributions and labor and tax charges shall not be levied on food granted under the terms of paragraph 5 of article 475 of the CLT.

This understanding, however, concerns only the scenarios defined by MP 905, and does not consider sums paid for food in cash (pecunia).

Changes in the rules regarding payment of premiums:

The changes implemented by MP 905 are intended to make it clear that the parties may fix the terms and conditions for payment of premiums through a written document, via a bilateral act (contract, agreement, or collective bargaining agreement) or unilateral act (internal or communicated policy), thus resolving the current controversy over the “liberality” requirement that had been created by Cosit Response to Inquiry No. 151/19.

MP 905, however, brought in restrictions on frequency of the payment. Eventual impacts that a change in frequency of payment may have under plans already in force must be evaluated by companies.

Albeit mildly, MP 905 sought to adapt the CLT to the current time of computerization. In this sense, article 12-A has been included in the CLT, which authorizes the storage of any and all documents related to labor duties and obligations in electronic media. This change facilitates the storage of files for both employees and employers.

Following the same reasoning, the wording of paragraph 3 of article 29 of the CLT has been amended, which now provides that, if the employer does not comply with the 5-day period stipulated in the head paragraph of the provision to register a record in the CTPS, the Labor Inspector must input the records related to the drawing up of the infraction notice in the competent electronic system. This change entails dynamization and greater effectiveness of the availability of administrative information on companies.

However, MP 905, while promoting the use of digital media in relation to labor documents, safeguards the maintenance and conservation of the CTPS on paper by, for example, amending article 52 of the CLT so as to impose an administrative fine to be subjectively stipulated by the Inspector, pursuant to article 634-A, also included by the text of MP 905, in the event of loss or destruction of a CTPS due to the employer’s fault.

Changes related to stoppages and shutdowns:

MP 905 revoked an article of the CLT which used to oblige new business establishments to prior inspection and approval of premises by the regional occupational safety and health authority competent in the matter prior to commencement of its activities. The provision that established the obligation for companies to inform the Regional Labor Office in advance of substantial modifications to the premises for a new inspection was also revoked.

In terms of stoppages and checks, the changes brought about by MP 905 adjusted outdated names, such as replacing the Regional Labor Office with the highest regional authority in matters of labor inspection.

MP 905 also established a new deadline of 5 business days from the filing for appeals filed against the stoppage or shutdown decision to be reviewed. SEPRT Ordinance No. 1,069/2019 already established a deadline of 7 days, counted from the receipt of the case at SEPRT, for this review.

Changes in the rules regarding work on Sundays and holidays and weekly days off:

MP 905 amends article 68 of the CLT and authorizes work on Sundays and public holidays, subject to local legislation for the commerce sector only. The previous wording of the article made the possibility of working on Sundays and holidays subject to prior permission. Although the obligation to provide weekly days off is maintained, there is no longer a requirement to do so on Sundays. This is because article 68 of the CLT expressly authorizes work on Sundays and holidays, ensuring in article 67 only the right to paid weekly rest for 24 consecutive hours, preferably granted on Sundays.

MP 905 also added a paragraph to the new article 68 of the CLT, stipulating that the weekly paid break schedule on Sundays will be (i) one Sunday every four weeks of work for the retail and services sector and; (ii) one Sunday every seven work weeks for industry.

Until the promulgation of MP 905, the normal duration of work hours for employees at banks, banking houses, and Caixa Econômica Federal was 6 continuous hours on business days, with the exception of Saturdays, totaling 30 hours of work per week.

After the publication of MP 905, the normal work hours for bank employees became 6 hours per day exclusively for those who work as a teller. MP 905, however, expressly establishes the possibility of agreeing on longer work hours, at any time, by individual written agreement or collective bargaining agreement. In relation to other bank employees, the workday will be 8 hours per day.

In the previous wording, article 224 of the CLT expressly stated that the normal work hours of bank employees did not include Saturdays, since the activities should be performed from Monday to Friday. However, the new wording did not maintain any provisos regarding the subject. Thus, there is no longer a legal prohibition on having bank employees work on Saturdays, subject to the limit of the 30-hour workweek.

MP 905 has brought in two major changes on this matter: (i) it made the labor union's participation in the negotiation of PLR plans non-mandatory, thereby allowing this to be done directly by the employer with its employees; and (ii) increased the fine for violations of trade union organization rules, including in cases where the company attempts to prevent employees from joining or organizing or exercising their right to unionize.

Changes in the rules on inspections and imposition of administrative fines related to labor laws and regulations:

One of the main changes of MP 905 in relation to supervision is the criteria for application of the Double Inspection. According to the wording for article 627 of the CLT proposed by the MP 905, the Labor Inspectors must observe this criterion in the following scenarios: (i) enactment or issuance of new laws, regulations, or ministerial instructions, during the period of 180 days, (ii) first inspection of newly opened or instituted establishments or workplaces within 180 days, (iii) in cases of micro-enterprises, small businesses and establishments, or workplaces with up to 20 workers, (iv) when there is a violation of a legal precept or regulation relating to safety and health graded as being light/not severe, and (v) when there are previously scheduled technical supporting visits.

MP 905 also establishes a maximum term of validity of 2 years for Terms of Adjustment of Conduct and Terms of Commitment signed with the Public Labor Prosecutor and the Ministry of Economy, respectively. As of its entry into force, entering into extrajudicial settlements with an indefinite term is no longer allowed.

Another aspect of MP 905 is the need for the Labor Inspector, upon issuing an Infraction Notice, to state which collective actions to prevent and remedy irregularities should be taken by the companies, if repeated infractions or high levels of occupational accidents or diseases are detected. This obligation stems from the institution of planning for labor inspection actions, which should include special projects for inspection by sector for the prevention of occupational accidents, occupational diseases, and labor irregularities involving these topics.

In addition, MP 905 innovates by instituting the Electronic Labor Domicile, with the purpose of informing employees of administrative acts, tax actions, subpoenas, and notices and allowing the receipt of electronic documentation during the course of inspections or when presenting a defense or filing an administrative appeal.

Changes in the application of interest and adjustment for inflation of labor debts:

Pursuant to MP 905, workers on unemployment insurance will be considered as compulsory insureds under Social Security for the entire period of receipt of the benefit.