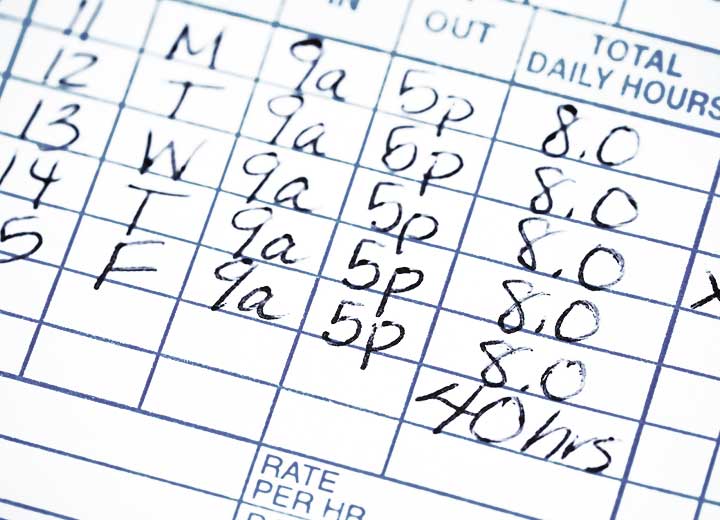 The Superior Labor Court (TST) granted relief to an appeal filed by a company seeking to recognize as valid a collective bargaining agreement that authorized the use of an alternative system for controlling work hours, in which the employee only records overtime and not the other points of the workday. The decision was rendered on October 9 as part of Case No. 0002016-02.2011.5.03.0011.

Many companies have in the past adopted time card control by exception (system in which only overtime is recorded) due to the practicality of information management, since the system minimizes effort and reduces the work of checking data and accounting for hours and overtime.

In the case under review, the Regional Court of Labor Appeals (TRT) of the 3rd Region had considered invalid a collective norm authorizing the recording of the workday via exception on the grounds that such a system contravened the provisions of article 74, § 2, of the Consolidated Labor Laws (CLT), which mandates the recording by the employer of the hours of entry and exit of employees.

Modifying the decision that had been handed down by the TRT, the TST acknowledged that the form of marking the workday is not a part of the list of inalienable rights of workers, which is why there is no obstacle to negotiating so as to rule out the application of article 74, § 2, of the CLT in order to serve the interests of the negotiating parties.

Invoking the terms of article 7, XXVI, of the Federal Constitution (CF), the TST stated that the Labor Courts have a constitutional duty to encourage and guarantee compliance with decisions reached via collective mutual agreement. Therefore, if collective entities (companies and trade unions) act on an equal footing and with parity of arms in the context of collective bargaining, legitimate working conditions are agreed upon when the legal limits are respected, as is the case with the system of institution of alternative workday controls.

The TST also underscored the understanding of the Federal Supreme Court (STF) regarding the controversy about the Jurisprudential Guideline No. 270 of the Individual Disputes Secretariat 1 (which sets forth the Voluntary Resignation Incentive Program), in which collective autonomy of will is given precedence as a form of overcoming conflict that plays a very important political and social function,” and “the systematic invalidation of collective bargaining agreements should not be viewed favorably on the basis of a logic that limits the autonomy of the will exclusively applicable to individual employment relationships" (Extraordinary Appeal No. 590.415 – Published on 05/29/2015).

The decision handed down by the TST not only represents an important precedent for companies that have used alternative controls of working hours in the past but also reinforces the legitimacy of similar negotiations in the future, including in light of the provisions of article 611-A, item X, of the CLT, recently introduced by the Labor Reform.

This article establishes the collective norms that prevail over the law regarding the modality of registration of working hours, exactly the case submitted to the TST for review, since the decision recognized the validity of a collective agreement that instituted control by exception to the detriment of the provisions of article 74, § 2, of the CLT (which provides for the annotation of hours of entry and exit).