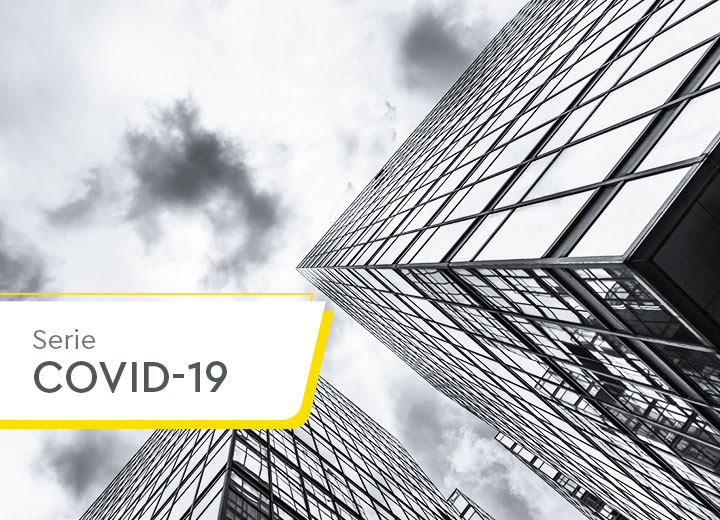 Bill 1,397/20: considerations on periods of suspension of exercise of creditors' rights

Various articles and news pieces have appeared in the specialized media in relation to Bill No. 1,397/20, which contemplates emergency measures to deal with the effects of the covid-19 pandemic, including amendments to Law No. 11,101/05 (Bankruptcy and Corporate Reorganization Law - LFR). The debate became more relevant on April 15, when the bill received an urgent request, according to article 155 of the Internal Rules of the Chamber of Deputies. This urgency is assigned to issues that aim, among other things, to address public calamities (article 153 of the internal rules).

Bill 1,397/20 allows successive periods of suspension of the exercise of creditors' rights provided for by law and by contract. Despite the pressing need for measures to remedy (or prevent, to use the term adopted by the bill) the crisis, the provisions in question deserve consideration, given the legal uncertainty that abuses in measures such as these may generate.

The first measure aims to create a general and legal stay period of 60 days, from the effective date of the law, for all companies and all businessmen. During this period, creditors of any and all economic players may not judicially collect on the obligations against the defaulting debtor after March 20, 2020, except for any guarantees that may have been given or unilaterally terminate contracts, even if based on a contractual or legal provision.

The idea may seem positive at first, but it does not take into account that many economic players and companies, without great economic justification and without regard for the counterpart, can stop any type of payment to their creditors knowing that, for two months, they will be immune to judicial measures provided for in the legal system and in contracts. In other words, the measure may stimulate situations where parties to contracts, instead of acting with the cooperation and good faith expected, adopt selfish measures, provisionally supported by law, generating a domino effect of defaults. More than that, this cascading effect may favor those who should already be out of the market, given a situation of prior insolvency, or parties that are opportunistic and unconcerned with the counterparty.

Under the terms of Bill 1,397/20, after the stay period, the same opportunistic and/or insolvent economic players may submit claims in the Judiciary to initiate the voluntary judicial procedure known as preventive negotiation, on the allegation that they are going through an economic and financial crisis, with a reduction in revenues equal to or greater than 30% of the average for the last quarter. This procedure will have a new 60-day, non-extendable stay period (under the terms of the bill), during which creditors will also not be able to exercise their contractual and legal rights, nor will they be able to present arguments on the appropriateness and merits of the claim for collective negotiation itself.

This second measure, like the first, in addition to fighting the financial economic crisis felt in Brazil, aims to bypass potential bottlenecks in the judiciary caused by an exponential increase in the number of claims. Although such concerns are commendable, it is certain that Bill 1,397/20 runs counter to the logic of assigning a power to creditors, provided in the Brazilian bankruptcy system, without also assigning due and proportional consideration to debtors. Thus, it can be affirmed that Bill 1,397/20 does not correctly address the prohibition with the abuse of rights in the adoption of the voluntary procedure, nor does it open the opportunity for creditors to exercise their adversarial rights in a broad manner. Therefore, the stage is once again set for the use of potentially dilatory and abusive measures by those who were already in a situation of insolvency before the pandemic, postponing the fated bankruptcy and bringing, once again, legal insecurity, which should always be avoided.

Although it is merely a possibility for creditors to submit their claims to collective negotiation, it should be taken into account that this procedure entails the impossibility of unilaterally terminating the contract in any situation, which hollows out the power of choice and even takes away any advantage in negotiation.

Moreover, in practice, small economic players (over 90% of the market) would find it difficult to hire specialized advisors or professional mediators to engage in appropriate and professional dialogue with creditors. The larger players, on the other hand, are already the ones who most benefit from the existing mechanisms, mainly in the LRF. In other words, it is valid to question the real effectiveness of the measures provided for in Bill 1,397/20 and for whom they are actually intended.

In any case, if the result of the collective negotiation is not the result sought by the debtor, companies (and not any economic player) may resort to the bankruptcy proceedings provided for in the LFR, the requirements of which will be relaxed during the pandemic pursuant to Bill 1,397/2020, in order to facilitate the use thereof.

In order to do justice, the advantage for the debtor, under the terms of the bill, is that, in the case of judicial reorganization proceedings, a 180-day stay period if granted, from which, if applicable, the 60-day period for collective negotiation must be deducted. However, the 180-day stay period provided for in the LFR, although it cannot be extended by provision of law, has been extended by the Brazilian courts whenever the debtor in possession is able to prove that, for reasons beyond its control, it was unable to hold a general meeting of creditors to resolve on the judicial reorganization plan it offered. It is hoped that this case law understanding will not prevail in the scenario dealt with here.

Specifically with regard to out-of-court reorganization, Bill 1,397/20 seeks to amend the LFR to expressly provide for the possibility of granting the stay period, which had already been permitted by the case law. In the draft presented to the Chamber of Deputies, the bill is not very clear about what that period would be. It is believed to be 180 days.[1]

Still in relation to judicial and extrajudicial reorganization proceedings in progress, another type of stay period was created, in which the obligations assumed in the plans approved will not be due for 120 days. During this period the possibility of conversion of the reorganization into bankruptcy due to noncompliance with the obligation established in the plan is suspended. In addition, debtors will be able to submit a new plan including claims which are subsequent to the assignment of the reorganization claim (normally excluded from these cases). The bill also stipulates that debtors will be entitled to a new stay period, under the LFR, in order to allow discussion with creditors and, perhaps, a vote on the plan at a general meeting of creditors.

This point in the Bill 1,397/20 is perhaps the most critical, since another 300 days of stay can be given, without any concern for effective compliance with the plan and without giving creditors the immediate right to decide whether to revise it or resort to bankruptcy in a timely manner. Worse still, a review of the text of the bill shows that creditors who have done business with the company under judicial reorganization and who would have priority treatment, provided for in article 67 of the LFR, may have their claims submitted to a new reorganization plan in a case, which, in principle, was not applicable to them. This is definitely a further risk to legal certainty, which generally scares off new investments and, in this sense, may compromise the effectiveness of legal instruments capable of preventing and remedying bankruptcy.

Finally, and far from this article having the pretension of exhausting the subject, the reality is only as follows: businesses will be deeply impacted by the coronavirus pandemic and, for better or worse, the market must absorb this blow in some way. The bill seems to have chosen to place much of this responsibility on the shoulders of creditors. Based on the points raised in this text, however, creditors may prepare themselves to make the business decisions most appropriate to the current reality in their negotiations by resorting to creative legal solutions, based on extensive information on the subject and the extent of the measures proposed.

[1] In fact, article 6 referred to in paragraph 2 of article 10 of Bill 1,397/20 does not provide for any time limit. This leads to the belief that this paragraph would actually be referring to article 6 of the LFR and, therefore, to the time limit of 180 days.