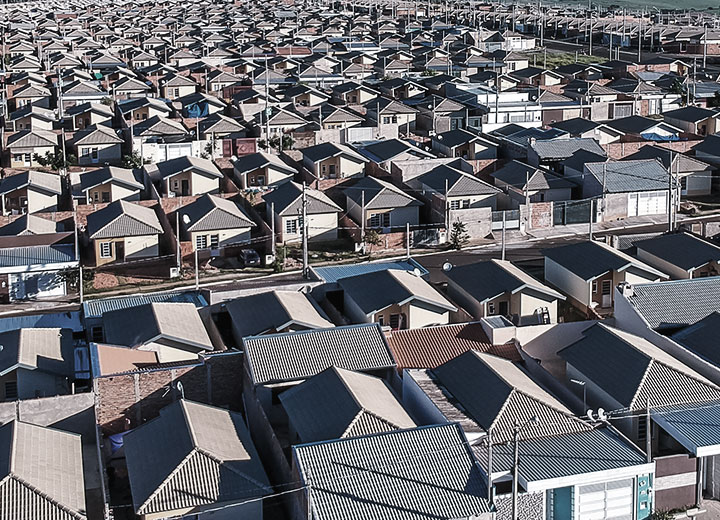 Law 13,867/19 authorizes arbitration or mediation in disputes over compensation arising from acts of expropriation

Law No. 9,307/96 (the Arbitration Law), which regulates arbitration in Brazil, has provided in its article 1, paragraph 1, since the changes introduced by Law No. 13,129/15, that the "direct and indirect public administration may use arbitration to settle disputes concerning alienable property rights."[1] It was already possible, therefore, to submit for arbitration disputes between private and public entities over compensation amounts due to an act of expropriation (which clearly concern alienable property rights).

The challenge was in putting into operation the choice to submit to private jurisdiction, especially in negotiating an arbitration commitment with the Public Administration, an instrument whereby, under the Arbitration Law, the parties may, after the conflict has arisen, declare their choice to use this means of dispute settlement in cases where there is no arbitration commitment that already binds them.

As for mediation, Law No. 13,140/15 only governs the initiation thereof between private parties, therein regulating, with respect to disputes with the Public Administration, a procedure for self-resolution of litigation before the chambers of prevention and administrative resolution of conflicts created and/or existing within the scope of the Public Advocacy bodies.

It is in this context that the Law No. 13,867/19, published on 27 August of this year, comes as good news for private parties who may have properties expropriated by the government and disagree with the amount offered as compensation.

Introducing salutary changes to Decree-Law No. 3,365/41 (the Expropriation Decree), Law No. 13,867/19 gives private parties the right to opt for arbitration or mediation when there is disagreement as to the compensation amounts due from the government by reason of expropriation, via a procedure that appears to be simple.

According to the new system, now provided for in articles 10-A and 10-B of the decree-law, the government must, as a first step in the dialogue with the private party, notify the owner with one offer of compensation, which must contain: (i) a copy of the act of declaration of public utility; (ii) the plan or description of the assets and their boundaries; (iii) the amount of the offer; and (iv) the express provision that the owner has 15 days to accept or reject the offer, with silence being interpreted as rejection.

Upon receipt of the notice, the private party has three options. It may:(i) accept the offer and enter into an agreement with the government; (ii) reject the offer (or even remain silent as to its terms), and wait for the public entity to initiate legal action against it (pursuant to article 11 of the Expropriation Decree); or (iii) initiate a lawsuit, arbitration, or mediation if it disagrees with the compensation offered by the Government.

That is to say, more than provide to private parties the power of choice between these two effective dispute resolution alternatives, Law No. 13,867/19 imposed a very different system from that provided for in the prior article 10 of the Expropriation Decree. [2] It imposes on the government, before the adoption of any judicial measure, the obligation to send to the owner an offer of payment of compensation as a way to reach an agreement, valuing the transaction, still in the administrative sphere, as a measure to be primarily sought by the expropriating public entity.

Also pursuant to the terms of article 10-B of the Expropriation Decree, when opting for mediation or arbitration, the private party must indicate one of the bodies or institutions specialized in the aforementioned alternative methods of dispute resolution that have been previously registered by the entity responsible for the expropriation. The legal mandate says nothing regarding how this indication must occur, but it is recommended for the private party to, once the choice has been made, notify the government indicating the institution responsible for administering the procedure to be initiated.

Regarding the costs of arbitration or mediation, one should call attention to the presidential veto of paragraph 5 of article 10-B which was found in Bill No. 10,061/18. The provision established that the "arbitrators' fees are advanced by the government and, at the end of the proceeding, shall be paid by the losing party or proportionally, as established in the regulations of the agency or institution responsible."

With its exclusion from the text of the law, there is no doubt that the arbitrators’ fees, as well as all other expenses (administrative costs, hearing expenses, expert witnesses and experts, for example) should be borne by the parties in accordance with the rules of arbitration and/or mediation of the institution appointed.

Law No 13,867/19 is applicable to all expropriations occurring as of August 27 (its date of publication). Thus, for the changes brought in by it to have full practical effectiveness, the process of registering the mediation and arbitration chambers must be regulated and initiated shortly by public entities, with the disclosure of a list of institutions that may be appointed by the private party.

The need for prior registration of arbitration institutions by the Government is not new in our legal system. This system was also adopted by the Federal Government, within the scope of Law No. 13,448/17, which deals with extension and rebidding of the Investment Partnership Program (PPI) contracts; and by the  states of Minas Gerais (Law No. 19,477/11), Rio de Janeiro (Decree No. 46,245/18), and São Paulo (Decree No. 64,356/19), which already regulated the use of arbitration to resolve conflicts with the Direct Public Administration and its instrumentalities and entities.

The Attorney General’s Office of the State of Rio de Janeiro makes available on its website[3] a list of institutions already duly registered. In Minas Gerais, the chambers must be found in the General Registry of State Suppliers.[4] In São Paulo, there is news that registration has started and that the list will soon be released.[5] At the federal level, no information on registration was found. With respect to the other entities, it is important to pay attention to the publication of executive acts governing the registration process and lists indicating the mediation and arbitration chambers that may be elected.

The changes introduced by Law No 13,867/19 to the Expropriation Decree is of paramount importance because, in addition to improving the administrative stage, of the expropriation process, allow the private party to opt for the procedure it believes more appropriate for the case in order to determine the compensation, thus promoting greater speed and more legal certainty.

[1] This change in the text of the law only reflected in the law an already established position of the case law regarding the matter.

[2] Article 10 of the Expropriation Decree provided (and still provides) that “[the] expropriation shall be performed via agreement or legal action within five years from the date of issuance of the respective decree and shall expire after the lapse thereof. " Read on its own, in the absence of the current articles 10-A and 10-B, the provision gave the public entity a choice between seeking a friendly settlement and immediately filing a judicial suit. There was no legal preference for settlement, and it was possible, under this old regime, for the Public Administration to move the machinery of the Judiciary unnecessarily, filing a dispute against an owner willing to accept the compensation offered.

[5] For now, the arbitration chambers that administer arbitration proceedings in which the state of São Paulo is a party may be looked up here: http://www.pge.sp.gov.br/arbitragens/arquivos/arbitragens.pdf.