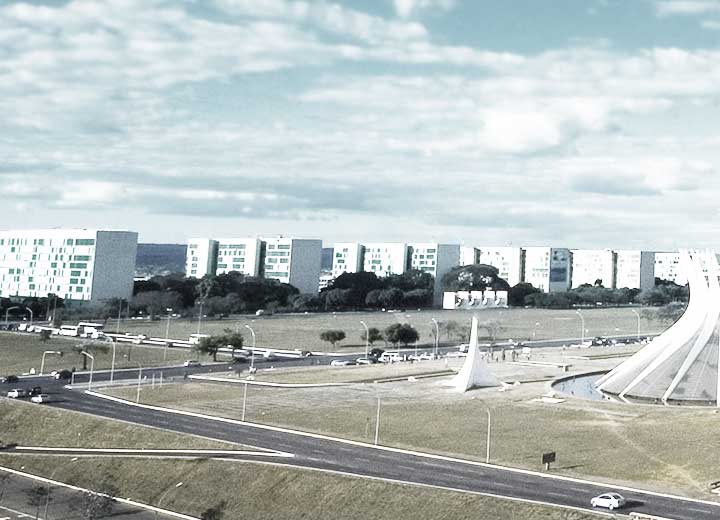 In force since September 5, Ordinance No. 1,189/2018, issued by the Ministry of Justice, establishes new rules and improves those rules that were already in force for the process of creating parental advisory ratings for audiovisual materials, which includes television products, movies, and other materials related to the video market, electronic games, and applications, among others.

The Ministry issued recommendations regarding limitations on access by certain age groups to audiovisual materials containing three thematic niches - "sex", "drugs”, and "violence”, and whether the scenes are more or less explicit mitigates or aggravates the rating.[1]If the product is shown in movie theaters or made available on the video market, the Ministry of Justice must rate the material in advance, that is, before it reaches the market. On the other hand, television stations may rate their materials through the aforementioned rating in advance, by the Minister of Justice, or through self-rating, which is carried out by the broadcaster itself and then submitted for validation by the Ministry.

In general, the first procedure is more advantageous since the deadline set forth for a review by the Ministry of Justice is lower: 30 days, as compared to 60 days for reviewing the self-rating. This avoids some disturbances, such as changes in the issuer’s time slot due to a recommendation by the Ministry of Justice after reviewing the self-rating.

One of the innovations brought about by the ordinance relates to the presentation of programming calls. Based on its article 4, item III and paragraph 3, programming calls displayed during commercials must be accompanied by the parental advisory rating of the material advertised, that is, only materials with a rating equal or inferior to the material that is being displayed may be presented.

Another innovation is the possibility of express authorization by parents or guardians for the admission of minors into public spectacles. According to article 7, in events classified as not recommended for children under 18 years of age, teenagers aged 16 years or above shall be allowed access provided that they present the specific authorization from parents or a responsible person. Children and teenagers aged 10 years and over shall be allowed access to events that are classified as not recommended for children under 16, 14, and 12 years of age, under the same conditions. However, children under the age of 10 may only access and remain in events when accompanied by their parents or a guardian.

The process of parental advisory rating is different from censorship, as it does not represent an imposition by the Ministry of Justice invading the private and individual sphere of citizens' choice on what to watch or consume, nor even prohibit television broadcasters from choosing which programming to broadcast on their channels.

The regulations are educational and informative and aim to protect the physical and mental integrity of children and teenagers, as clarified by the very text of the sole paragraph of article 6 of the ordinance: "family power is exercised by the possibility of choice of the contents". It is, in fact, prior information offered to civil society to decide on what content their nuclear families should have access, especially in order to protect children and teenagers in accordance with the Statute of the Child and Teenager (“Estatuto da Criança e do Adolescente” or just “ECA”) and the Brazilian Federal Constitution. It is important to make it clear that the provisions of the ordinance on parent advisory ratings do not apply to sports competitions, electoral programs and advertisements, advertisements and advertising in general, and journalistic programs.

Moreover, the topic was the subject of Direct Suit of Unconstitutionality No. 2.404/DF, filed by the Brazilian Labor Party (Partido Trabalhista Brasileiro or PTB) and by which objection was raised regarding article 254 of ECA on the grounds that the act of "transmitting, through radio or television, a show at a time other than that authorized or without notice of its rating” constituted an administrative infraction.

The Federal Supreme Court (STF) was of the position that the expression "at a time other than that which is permitted" is unconstitutional, considering that the Brazilian Federal Constitution (article 21, item XVI) provided that the Federal Government's competence to carry out ratings has indicative effects, as the name itself suggests, and "it is incumbent on the public authority, by federal law, only to report on the nature of public entertainment and spectacles." In summary, the Court considered unconstitutional the sanctioning nature applicable to article 254, emphasizing that the rating is informative and not mandatory.[2]Therefore, it is essential to reinforce the informative and indicative nature of the rating of audiovisual materials referred to in the ordinance of the Ministry of Justice, since it deals with the issue in a didactic manner and preserves the individual sphere and the right of parents and guardians to choose the programming that they deem appropriate for their children and wards.

The new ordinance also addresses the matters involving visual arts, such as artistic and cultural ensembles, historical and artistic performances, which were the subject of discussion by the media after the cases of La Bête and Queermuseu, about which there was no provision in former Ordinance No. 368/2014. Article 53 of Ordinance No. 1,189/2018 establishes the creation of a working group to prepare a specific guide regarding visual arts, especially for museums and art exhibitions, within 90 days. It is hoped that the Brazilian Advisory Rating System for exhibitions and visual arts events will be as didactic, simple, and pragmatic as the system for audiovisual materials. Everyone has much to gain from these initiatives by the Executive Branch.

[1] For more information regarding the Brazilian advisory rating system, please access the Practical Guide for Advisory Ratings, produced by the Ministry of Justice (available at the following link: http://www.justica.gov.br/seus-direitos/classificacao/guia-pratico. Accessed on September 17, 2018).