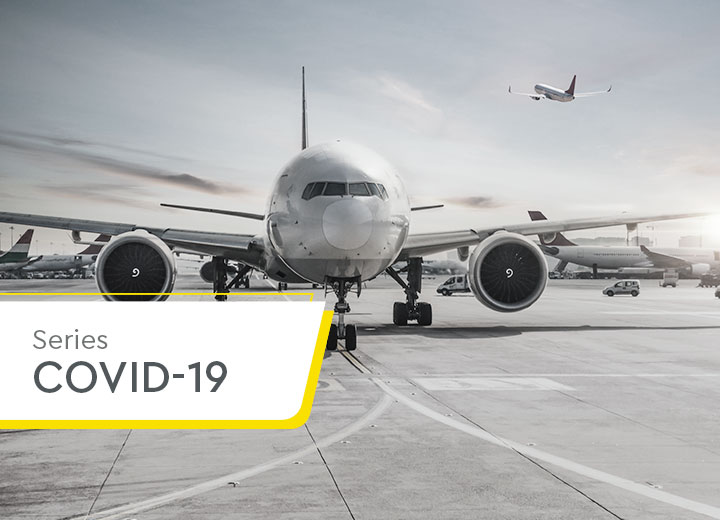 In a time of serious difficulties caused by the pandemic to the aeronautical sector, the National Civil Aviation Agency (Anac) is attentive to the demands of the market, acting quickly to mitigate the impacts of the economic crisis in aviation and to modernize legislation in an attempt to expand the population's access to services and facilitate the activities of companies and individuals operating in the sector.

After elaborating and changing several rules in 2020 to solve the problems created by the pandemic, Anac started this year at the same pace of intensity and continued the discussions on the creation of specific rules to regulate the sharing of aircraft ownership, a theme that was coming being studied by the agency since the end of 2018.

After two years of discussions, debates and technical analyzes, the Collegiate Board has just approved Subpart K of the Brazilian Civil Aviation Regulation No. 91 (RBAC 91), which establishes the general operating requirements for civil aircraft. The new subpart officially creates the figure of the shared ownership program, which should contain two or more airworthy aircraft, in addition to bringing important definitions for the terms "quota", "shareholder" and "administrator".

Under the new rules, quota will mean ownership, the right to property, the right to use or possession and / or the right to use or possession convertible into property right relating to an aircraft that is part of a shared ownership program. Shareholders are understood as individuals or entities that own an aircraft quota, directly or through cooperatives, and that have entered into specific contracts to adhere to the terms and conditions of the sharing program. The administrator is defined as the entity that offers the quotaholders the program administration services and that will be responsible for meeting the requirements of RBAC 91 and for exercising the operational control of the aircraft, even when the flight is performed for the benefit of a quotaholder.

The regulation prohibits the paid transportation of people or goods on flights of the shared ownership program, but allows reimbursement of the expenses of a specific flight, which may include costs such as fuel, crew expenses, hangar, insurance made especially for the flight, airport charges, food, land passenger transportation and charges for the use of navigation facilities.

A relevant point that can be explored by the actors in the sector is the sharing of fixed costs. The regulation requires that a management contract be signed with a minimum duration of one year between the quota holders and the program administrator and stipulates that the contract must cover issues related to management services. The standard establishes that they will be able to understand, among others, services related to the employment, supply and hiring of pilots and crew and maintenance services for the program's aircraft.

The standard also determines the maximum number of shareholders, which may be 16, in the case of fixed-wing aircraft, or 32, in the case of helicopters. Anac informed through its official website that, as of August 2022, operations of shared aircraft must comply with the new provisions, but nothing prevents interested parties from requesting in 2021 the approval of administrative specifications to prove the regular existence programs. Those already operating shared aircraft must submit documentation for compliance with Subpart K by February 2022.

Aircraft sharing becomes a regulated activity and subject to prior approval by Anac. According to information released by the agency, the expectation is that a supplementary instruction will be issued by August 2021 to define the procedures for document analysis, requirements demonstration, inspection and authorization issuance.

The new rules, which were eagerly awaited by the sector, will contribute to the expansion of Brazilian executive aviation, allowing to reduce costs and strengthen a market niche with significant development potential.