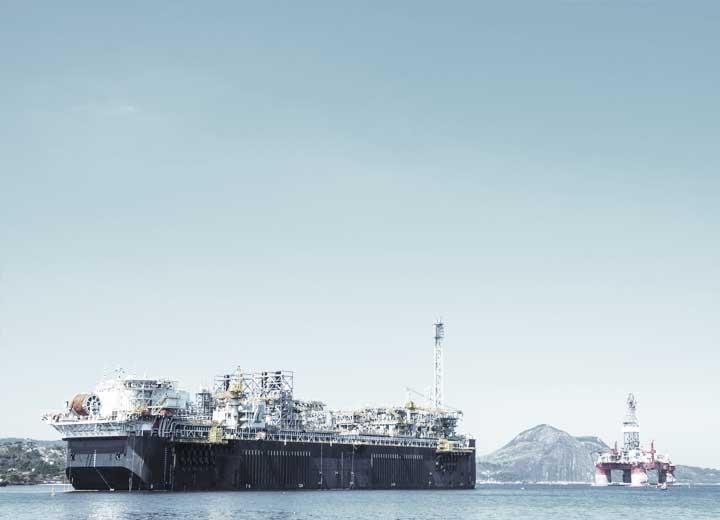 A draft legislative decree (PDC) is pending before the National Congress which scope is to eliminate the provision for mandatory registration as “support facilities for water transport” of FSRUs (Floating Storage and Regasification Units – i.e., gas vessels) with Antaq (the National Agency of Waterway Transport).

PDC No. 1,091/2018, proposed by Representative Hugo Leal (PSD-RJ), considers such registration rule to be illegal and contrary to the principles governing water transportation in Brazil. Because of that, the PDC-RJ seeks to halt the effects of paragraph 3 of article 2 of Antaq Normative Resolution No. 13/2016, which provides for the registration of waterway support facilities before the agency, among which FSRUs are included:

I - Floating installations anchored in Brazilian jurisdictional waters, including interior waterways, in a geo-referenced position, duly ratified by the Brazilian Navy, not connected to an onshore installation, used for reception, storage, and transfer of solid, liquid, and gaseous bulk cargoes;

Paragraph 3. An exception is made for the provisions of item I of the head paragraph, with regard to the prohibition on connection to a terminal located on land, in the case of vessels adapted for regasification bottoming operation while bottomed/moored, even when located within the limits of the Organized Port."

Based on the interpretation of this rule, foreign-flagged FSRUs registered as waterway support facilities would not need to comply with the chartering rules governed by Law No. 9,432/1997. This is because, in practice, such infrastructure would be used as port support facilities and not as vessels, which would lead to the conclusion that their operation would not be restricted to Brazilian shipping companies (EBN).

Through PDC 1,091/18, Representative Hugo Leal argues that "the repeal of paragraph 3 of article 2 of Resolution No. 13/16 is necessary to restore competitiveness in the sector and legal certainty in operations, preventing the opening of the market for foreign shipping companies without any investment in Brazil."

The representative also argues that Law No. 9,432/18, upon listing vessels that would not be subject to its provisions (article 1) did not include FSRUs and that, if such exclusion were intended, it should have been expressly referred to in a formal law. For this reason, Antaq was said to have exceeded its regulatory power by passing the resolution challenged, thus violating the principles of public interest, reasonableness, and proportionality.

However, representative Hugo Leal's argument is built on an assumption that, after a more accurate analysis, cannot be sustained: that foreign-flagged FSRUs would be released from the EBN chartering rules only if they were explicitly listed among the vessels excluded from the scope of Law No. 9,432/97.[1]

The focus of the discussion, in fact, should not be on whether or not FSRUs are subject to the terms of Law No. 9,432/97, but rather on the activities they carry out. Attention should be paid to the fact that FSRUs used for receiving, storing, and/or re-gasifying LNG, when connected to land facilities, do not engage in any type of navigation, and are anchored for long periods of time (even decades).

The rule that requires the chartering of foreign-flagged vessels by EBNs, on the other hand, is provided for in article 7 of Law No. 9,432/97, which applies to the transportation of goods in coastal shipping and inland navigation through national waterways, as well as port support and maritime support navigation.[2]

There is no doubt that FSRUs connected to port infrastructures do not carry out the navigation activities listed in Law No. 9,432/97 (maritime support, port support, coastal shipping and deep sea navigation).[3] Thus, even if the FSRUs are not considered excluded from the scope of Law No. 9,432/97, the fact that they do not carry out shipping activities would eliminate, by itself, the requirement for FSRUs flying a foreign flag to be chartered by an EBN, since it would not be subject to the terms of article 7 of Law No. 9,432/97.

Antaq’s management has already expressed, in specific cases, the understanding that FSRU does not perform shipping activity, and therefore would not be subject to the chartering rules provided for under Law No. 9,432/97, and could be registered as a port facility under Resolution No. 13/16.

Therefore, the intended revocation of paragraph 3 of article 2 of Resolution No. 13/16 would not have the effect of automatically achieving the objectives allegedly targeted by representative Hugo Leal. This is because, even if the FSRU registration framework is terminated under the aegis of Resolution No. 13/16, the argument that Law No. 9,432/97 would not in any way impose the need for an FSRU flying a foreign flag to be chartered by an EBN for domestic waterway operations, does not lose force. Quite to the contrary, the repeal of this provision would only create a loophole with respect to the regulation of these vessels by Antaq, thus aggravating the legal uncertainty which PDC No. 1,091/18 allegedly seeks to eliminate.

It is also possible to deconstruct the argument that the measure taken by Antaq through Resolution No. 13/16 is an overstepping of the regulatory power of the agency and should be preceded by a formal law. In creating Antaq, Law No. 10,233/2001 attributed to the agency the power to regulate waterway transport and the use of federal waterway infrastructure.[4] Thus, whether or not Antaq has delegated mandate by law to regulate the sector (as done by Resolution No. 13/16) cannot be questioned.

In respect to the need for a formal law for such regulations, applicable law does not establish that classification of water transport support facilities (the subject matter of Resolution No. 13/16) should be regulated by law. Thus, there is no obstacle to regulation of the matter by Antaq. Along these lines, the majority administrative law doctrine recognizes that the administration has ample leeway to regulate when it is granted legal competence, and should not only act as a mere "mechanical arm" of the law, per the words of Professor Carlos Ari Sundfeld, in verbis:[5]

"As the legal mooring of the contemporary Administration is carried out, along with the formal law, by various other sources and mechanisms, the viability of the Rule of Law is not compromised due to the mere fact that the administration exercises broad creative competences by legal authorization."

The measure adopted by Antaq in considering FSRUs as support facilities, contrary to what is argued in PDC No. 1,091/18, complies with applicable legal and constitutional principles. This is because, by reducing the cost and bureaucracy required for natural gas import and regasification projects, it creates an environment of incentives for such projects and (i) promotes economic and social development; (ii) guarantees the national supply of natural gas (and, consequently, the supply of electricity); (iii) promotes free competition among market players, providing a more efficient end-user service; (iv) it does not harm the national naval industry, since there are no FSRUs built by national shipyards; (v) it does not contravene the principles of reasonableness and proportionality, since the analysis of these issues was carried out by Antaq in preparing the resolution and deciding on related matters (as set forth above), and there is no justification in the PDC that demonstrates a breach of these principles; and (vi) serves the prevailing public interest for the various reasons set out in this paragraph.

[2]“Article 7. Foreign vessels may only participate in the transportation of goods in coastal shipping and inland navigation through national waterways, as well as in port support navigation and maritime support navigation, when chartered by Brazilian shipping companies, in compliance with the provisions of articles 9 and 10."