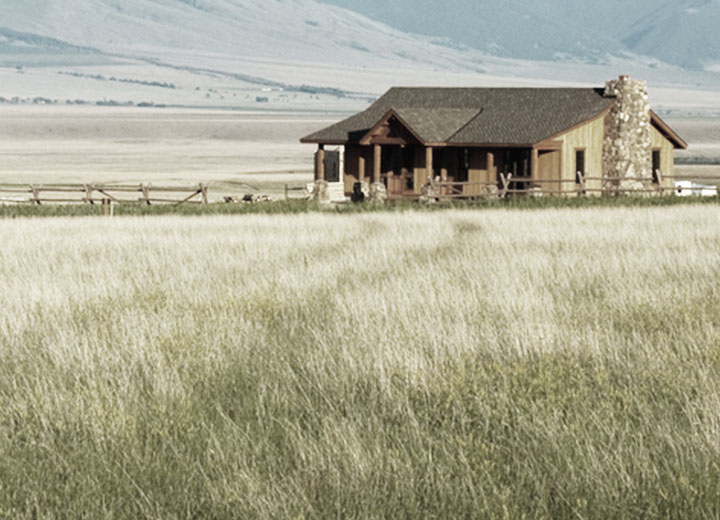 The payment of prior, fair, and cash compensation to the owner or possessor of the property expropriated is a condition for effective expropriation of the property, as established in article 32 of Decree-Law No. 3,365/41 (or the Expropriation Law). Nevertheless, in expropriations of rural properties doubts arise regarding the inclusion of some areas of vegetation coverage in the calculation of compensation for expropriation. Should compensation be calculated based only on the value of the bare land, or should the area of vegetation coverage also be appraised, considering the environmental restrictions that fall on it and that prevent its economic use?

Regarding expropriations for agrarian reform purposes, Law 8,269/93, in its article. 12, exhaustively establishes, when dealing with compensation for expropriation for land reform purposes, that one considers “fair compensation that reflects the current market price of the property in its entirety, including the land and natural access, forests, and woods" and, in its paragraph 2, provides that "natural forests, native forests, and any other type of natural vegetation are included in the price of the land [...]." Therefore, it would be possible to assume that vegetation, forests, and woodlands are susceptible to market economic valuation for the purpose of calculating the compensation due in the expropriation of rural properties for agrarian reform.

However, the Superior Court of Justice (STJ) and the Federal Supreme Court (STF) has expressed diverging opinions regarding compensation for areas of vegetation coverage where there are permanent preservation areas (PPAs). APPs are protected spaces, whether or not covered by native vegetation, with the environmental function of preserving water resources, landscape, geological stability, and biodiversity, facilitating the gene flow of fauna and flora, protecting the soil, and ensuring the well-being of human populations, such as river banks and hilltops.

It is important to emphasize that APPs are covered by a special protection arrangement, provided for in Chapter II, Section II, of the Forest Code (Federal Law No. 12,651/2012). For example, the vegetation in an APA should be maintained by the owner, possessor, or occupier of the area on any account, be it an individual or legal entity, public or private. The intervention or suppression of native vegetation in the area is allowed only in cases of public utility, social interest, or low environmental impact, as provided for in environmental laws and regulations.

In turn, the STF, in an en banc session held on December 14, 2011, when deciding on the inclusion of areas of permanent preservation and legal reserve in the calculation of areas expropriated for characterization of the property as unproductive latifundium (without entering into the debate on the price of the compensation), settled the understanding that areas not subject to economic use should in fact be included, based on article 12 of Law No. 8,269/93 (RE 603.862). In addition, in a single judge decision handed down by Justice Gilmar Mendes in October of 2019 in the record of Complaint 34.301, it was held that the lower court decision that ordered the "exclusion of any compensation for forest and woodland coverage in areas of permanent preservation and already existing administrative limitations (...) affronts the decision handed down by this Court when deciding RE 248.052 AgR." Therefore, the current position of the STF is that even plant coverage of APPs should be compensated in expropriation actions.

Another parameter that has been considered by the courts when assessing the compensation due in these cases is the legality of the activity carried out by the expropriated party in the vegetation cover area. The Federal Court of Appeal for the 2nd Circuit, in a case of indirect expropriation brought for the creation of a Conservation Unit (UC),[1] modified a trial decision that ordered the Federal Government and IBAMA to compensate expropriated parties for areas destined for the extraction of hardwood and charcoal, since the practice was forbidden by the Forest Codes of 1934 and 1965, in force before the property was titled to the expropriated parties (Case No. 0257765-78.1900.4.02.5101).

In addition to the applicability of economic use as a requirement for fair compensation for expropriation in specially protected areas, the rules for expropriation for the creation or expansion of UCs impose new challenges, which are still under debate today.

It should be noted that the Expropriation Law provides that expropriation must occur by agreement (direct expropriation) or judicially (indirect expropriation and common practice in cases of creation and expansion of UCs) within five years from the date of issuance of the respective decree, which will expire once this period is over (article 10). Thus, once the declaratory decree has been issued and the expropriation of private properties found in UCs in the public domain has not been implemented after five years, the declaration of public utility becomes invalid.

In view of the debates on the subject,[2] the Federal Public Prosecutor's Office (MPF) issued Technical Note 4 No. 8/2017, which states that UCs are created by the government by virtue of a regulatory act and, therefore, can only be amended by means of a issuance of a law. In this sense, the MPF argues that administrative limitations on the use of private property derive from the law, regardless of any expiry of the declaration of public utility of the area. This fact would not constitute confiscation of the private property, since the private individual could request regularization of the land situation with the Chico Mendes Institute for Biodiversity Conservation (ICMBio).

In addition, the same technical note takes up the arguments raised by the Specialized Prosecutor's Office of ICMBio, which argues that expiry of the declaration of public utility does not extend to the creation of UCs, as follows:

"(i) The restrictions on the enjoyment of property emanate not from the declaration of public utility, but from environmental laws and regulations, lasting in time regardless of its expiry;

(ii) The expiry of the decree of expropriation, in the case of real estate found in conservation units, appears to private parties not as a guarantee, as occurs in expropriations in general, but as a penalty;

(iii) The expropriation of private areas within certain classes of protected areas is not based on an administrative act of convenience and opportunity, but on a legal imposition;

(iv) Article 225, paragraph 1, subsection III, of the Federal Constitution established the principle of the reserve of law for amendment or suppression of a conservation unit;

(v) There is no legal support for tacit extinguishment of a conservation unit; and

(vi) A declaration of public utility is independent of and ancillary to the scope of the act of creation of the conservation unit."

The MPF argues that the Forest Code allows donation to the government of an area located within the UC of a public domain pending land regularization by a private party who wants to offset the legal reserve area of its property (article 66, III and paragraph 5, III). If the scenario provided for in the Forest Code were accepted, by analogy, admissibility of UCs with non-appropriated areas would be demonstrated, regardless of the period or date of creation of the UC.

On the other hand, the STJ's position corroborates the provisions of the Expropriation Law, by understanding that, after the five-year period provided for in the legislation has elapsed without a declaration of public utility having been given effect, it would lapse under article 10 of the Expropriation Law (REsp. No. 191.656, 2nd Panel, opinion drafted by Justice João Otávio Noronha, published in the Electronic Gazette of the Judiciary on February 27, 2009).

From the judgements on gleans that, in order to avoid, on the one hand, the practice of confiscation of assets by the government and, on the other hand, unjust enrichment of the expropriated party, one must essentially inquire into the economic content of the property and the real financial loss suffered by the expropriated party due to the prevention of exploitation of economic activity in line with permitted environmental uses. The law and the case law of the higher courts has repeatedly recognized claims for compensation for expropriation of rural property that economically exploits environmentally protected areas in a lawful manner and prior to the expropriation.

In the face of this scenario, owners who have the public utility of their rural properties decreed must pay attention to the form of composition of the compensation amount to be paid by the expropriating power. The calculation should reflect, among other factors, the market value of the property, including the areas destined for legal reserve, forest areas, vegetation coverage, and other possible areas of environmental protection.

[1] According to the Law on the National System for Nature Conservation Units (SNUC) (Federal Law No. 9,985/2000), conservation units are defined as territorial spaces and their environmental resources, including jurisdictional waters, with relevant natural characteristics, legally established by the government, with conservation objectives and defined limits, under a special administration system, to which adequate protection guarantees apply. UCs are divided into: (i) integral protection units, which include ecological stations, biological reserves, national parks, natural monuments, and wildlife refuges; and (ii) sustainable use units, which include environmental protection areas, areas of relevant ecological interest, national forests, extractive reserves, fauna reserves, sustainable development reserves, and private Natural Heritage reserves.

[2] In 2015, Federal Representative Toninho Pinheiro (PP/MG) drafted Bill No. 3,751/15 to insert in the SNUC Law a provision to mandate expiration of the act of creation of an UC, after five years, when expropriation of private property within public domain UCs has not been applied for.