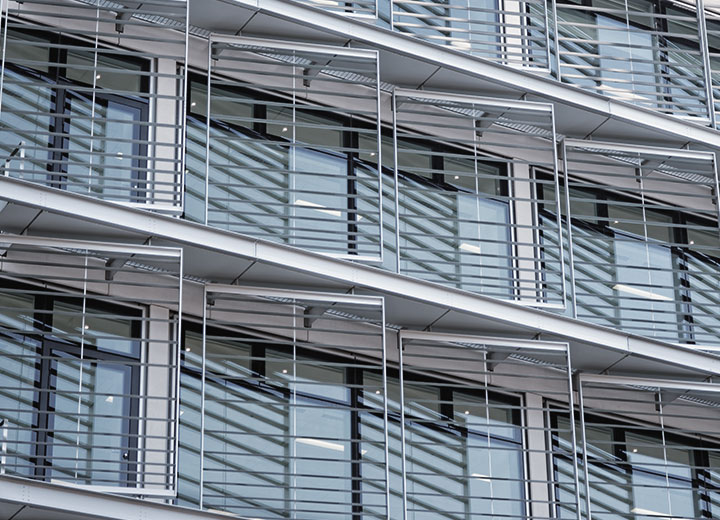 Softening of effects at the STF

The decision regarding the exclusion of ICMS tax from the PIS and Cofins tax calculation bases, currently one of the most anticipated tax issues in Brazil, was postponed by the Federal Supreme Court (STF) on November 28 and there is no forecast for when it will be handed down. As issue is the judgment of the motion for clarification filed by the National Treasury in the case Imcopa (RE 574706), in which the theory was set that there was general repercussion in whether the ICMS tax is not a part of the calculation basis for the assessment of the PIS and Cofins taxes. Among allegations of omissions and contradictions, the National Treasury requested softening of the effects of the judgment, so that it produce effects only after the judgment of the motions for clarification. Due to the enormous relevance of the case, once again the softening effects has gained prominence in the Brazilian tax scenario.

In order to ensure legal certainty and protect social interest, softening of effects may be adopted so as to determine that a ruling of the STF has prospective effectiveness or as of a date set by the court, when an understanding of the STF modifies a prior position of the court or declares a certain law to be unconstitutional. Thus, the Supreme Court may decide, on a case by case basis, when its decision will take effect, considering issues pertaining to the judgment.

The Supreme Court stated that the motion for clarification is the appropriate instrument to claim softening of the judgment,[1] since, as a rule, decisions declaring the unconstitutionality of a law have retroactive effects, respecting the idea that an unconstitutional law is born unconstitutional. Thus, based on the establishment of provision in positive law for softening in Law No. 9,868/99,[2] the STF applied this method in some of its decisions, considering its response according to the statement of facts and explanatory memorandum of the movant party.

The institute of softening gained strength with the advent of the New Code of Civil Procedure, which made it possible to establish a time frame for the purposes of decisions that alter the court’s prevailing case law.[3] Thus, although recent, the provisoin of the NCPC has been applied by the Supreme Court, including by Justice Marco Aurélio, who, notably, has always been opposed to softening.[4]

In RE 643247,[5] the Justice assured the application of the provisions of the Code of Civil Procedure of 2015 and softened the effects of the decision stating that "(...) paragraph 3 of article 927 admits, in the case of change in the prevailing case law of the Supreme Court, softening of the effects of the ruling, provided that it is founded on social interest and legal certainty. Considering the warning to use parsimony in the observance of the institute, when the requirements of the provision are met, softening of the effects of the decision should be allowed, in order to consecrate good faith and trust in the judiciary.[6]

Justice Gilmar Mendes also has a firm position on softening, which manifests itself as a rule by considering the impact that this mechanism can have on the public coffers.[7]In a recent judgment (RE 870947), for which the appellate opinion has not yet been published,[8] the Justice voted in favor of softening due to the financial and budgetary impact that the absence thereof would entail. However, the dissent inaugurated by Justice Alexandre de Moraes prevailed, in which it was stated that softening would empty out the practical effects of the judgment.

On the other hand, in the case of the ICMS Cesta Básica (RE 635688), the theory argued by the taxpayer and unsuccessful in the merits of the judgment, Justice Gilmar Mendes, writing for the court, stated that softening of effects would express a reversal of the effective outcome of the judgment.[9]

In the case of Imcopa, the Federal Government's arguments in favor of softening the effects are mainly economic, stating that there would be a financial and budgetary impact in the amount of billions. However, the STF has been rejecting purely economic grounds, asserting that, by themselves, such grounds do not constitute the social interest necessary for the softening of effects to occur.[10] This technique, therefore, could render the decision of no effect.

The STF has also stated that a change in the case law is essential in order to set a new time frame for the effectiveness of the decision.[11]

There are specific situations in which the STF has given a transition period to laws declared unconstitutional, as in ADIs 429 and 4171. In the first one, there were questions regarding provisions of the Constitution of the State of Ceará that granted tax exemptions for some products and certain types of individuals and legal entities. Although it ruled that the provisions were unconstitutional, the STF granted prospective effectiveness to a provision that had not been suspended by the granting of an injunction in a prior ruling.[12]

ADI 4171, in turn, challenged provisions of ICMS Agreement 110/2007 that provided for reversal of the credit in the form of withholding of the amount corresponding to the ICMS tax deferred and not via write-off. As these provisions were deemed unconstitutional, the STF, en banc, found it advisable to grant a period of six months for states to adopt a new model, given that recognition of unconstitutionality would be detrimental to some of them.

In general terms, it may be said that the STF only applies modulation of effects taking into consideration the circumstances surrounding each case, when there are issues relating to legal certainty,[13] and relevant social interest,[14] which requires an adequate demonstration by the requesting party. The STF has ensured exceptions in cases in which effects were softened via the granting of an injunction, ensuring their effectiveness for ongoing actions.[15] Thus, even though there is no standardization of the technique, there are well-defined criteria so as not to surprise the parties or other groups that will be impacted by the decision.

As for the Imcopa case, it will be incumbent on the STF to weigh the arguments presented by the National Treasury and the factual reality of the judgment, which was nothing more than a reaffirmation of case law arising from the Auto Americano case (RE 240785).[16] Considering the scenario outlined in this article, it seems that, based on the precedents, the softening requested will not occur, since this is not a question of change in the case law and it is essential to ensure legal certainty. And, as Justice Gilmar Mendes said in the case of the ICMS Cesta Básica, softening would mean a reversal of the outcome of the judgment.

[2] Article 27. In declaring the unconstitutionality of a law or regulatory act, and for reasons of legal certainty or exceptional social interest, the Federal Supreme Court may, by a two-thirds majority of its members, restrict the effects of that declaration or decide that it takes effect only as of the final judgment or any other time as it may determine.

[3] Article 927. Judges and courts must observe the following:
Paragraph 3. In the event of changing in the prevailing case law of the Federal Supreme Court and of the superior courts or of that arising from judgment of repetitive cases, there may be softening of the effects of the change in the social interest and in the interest of legal certainty.

[5] Topic 16 RG - fixed theory: “Public safety, with fire fighting and fire prevention, is carried out, in the field of primary activity, by the state of the Federation, and, as an essential service, it is viable via collection of taxes, and Municipalities are not permitted to create a tax for this purpose” (appellate decision published on December 19, 2017, DJe 292, released on December 18, 2017.

[12] A 12-month a transition period was granted for the tax benefit provided for in article 192, paragraph 2, of the Constitution of the State of Ceará.