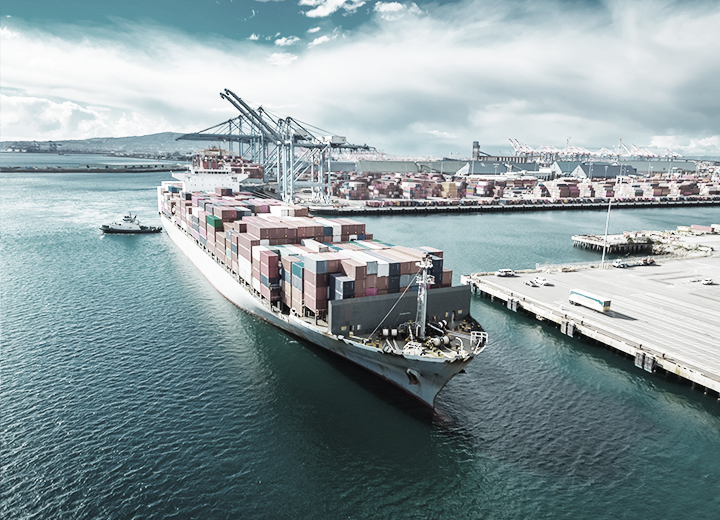 BR do Mar program promises to boost cabotage in Brazil

The federal government announced, on August 13th, the forwarding, as a matter of urgency, of Bill No. 4,199/20, in order to implement the changes proposed under the BR do Mar program (the Cabotage Bill). A result of long institutional discussions, BR do Mar aims to stimulate cabotage through the consolidation of logistics alternatives, the transformation of internal logistics means, and the reduction of the infrastructure deficit in Brazil, pointed out as barriers to investments and to the structuring of business ventures in Brazilian territory.

Since the second half year of 2019, the maritime sector, especially cabotage, was awaiting the positioning of the Ministries of Infrastructure and Economy on the subject, which indicated possible structuring of significant regulatory changes in the sector.

Currently, cabotage in Brazil is governed, among other rules, by Law No. 9,432/97, which restricts the operation of foreign vessels and companies in navigating domestic routes (cabotage, inland navigation, and port and maritime support). In the current scenario, in which the Cabotage bill is not yet applicable, Brazilian shipping companies (EBN) encounter specific difficulties in chartering and, consequently, operating foreign vessels. Among them, the following are highlighted:

Within this regulatory framework, EBNs have argued that cabotage does not offer as many economic benefits to its operators as long-distance shipping operations and other modalities of freight transport. They also argue that, due to the restrictions of the current legislative framework, the operating and capital costs of cabotage are high when compared to the returns resulting from these investments.

According to executives of the sector, such facts occur because, in addition to the costs resulting from the acquisition of vessels, the cabotage sector is also significantly more expensive than the long-distance shipping sector because it has the majority of the crew composed of Brazilian workers (which increases labor costs) and because it bears more taxes on the use of bunker fuel (fuel specific to the vessels - the Tax on the Circulation of Goods and Services (ICMS), not applicable in long-distance shipping operations.

In August of 2019, the Federal Auditing Court (TCU) highlighted some of these inefficiencies, such as the variation in the ICMS collection on bunker fuel, and drew attention to the lack of standardization of procedures carried out by public agencies and entities and a simplified operation of multimodal transportation (that involving two or more modes of transportation). These aspects were pointed out as limitations to the exploration of the potential of cabotage, which at the time represented only about 5% of cargo transport operations in Brazil.

As a response to this situation, Resolution 70/2019 of the Partnerships and Investments Program Council (CPPI), published in the second half year of 2019, acknowledged that, when properly implemented, waterborne cargo transport "is comparatively more efficient, safer, and presents lower costs and environmental impacts than road or rail transport." Thus, the CPPI instituted a program to stimulate cabotage, called BR do Mar, led by seven guidelines:

1. Allowing the use of foreign flag vessels to form part of an EBN's fleet;

2. Adoption of Brazilian seafarers to train part of the crew on foreign flag vessels operating in cabotage;

3. Reduction of barriers to entry in the cabotage market;

4. Reduction of costs of investment in vessels;

5. Equalization of operating costs in relation to the social benefits of cabotage;

6.A reassessment of the Federal Government's policy of intervention in support of development of the merchant navy and the shipbuilding and ship-repair industry and the resulting burdens; and

7. Support for investments in the safety of coastal navigation by the Brazilian Navy.

During the wait for definitive presentation of the Cabotage Bill, Senator Kátia Abreu (PP-TO) presented Bill No. 3,129/20, based on the notes made regarding the sector in Brazil by technical bodies such as the TCU, the Administrative Council for Economic Defense (Cade), and the CPPI. The bill brought in measures expected within BR do Mar, such as the possibility of chartering foreign vessels, in the bareboat charter modality , regardless of their size and type of use, and to implement procedures that favor multimodal transport, such as an  electronic system of unique documentation for multimodality.

Some other points of Bill 3,129, however, are different from what was expected in BR do Mar, such as progressive reduction of the AFRMM rate and the provision of the possibility of offshore register of vessels– being the local registry merely informative – and the determination of the applicability of foreign legislation on the property rights of the vessel, if desired (“os direitos reais e os ônus poderão ter foro estipulado fora do Brasil, caso no qual terá a respectiva lei de regência, sendo o registro realizado no Brasil apenas de caráter informativo “) In principle, this could reinforce the provisions regarding the granting of vessels as collaterals already provided for by article 287 of the Bustamante Code and substantially alter the rules governing the ownership of vessels. With the Cabotage Bill, recently forwarded by the federal government, it is expected that Bill 3,129 will be left aside in favor of the bill structured by the ministries of Infrastructure and Economy.

On the basis of public statements by members of the Ministry of Economy and the Ministry of Infrastructure, it was possible to nurture different expectations regarding the Cabotage Bill that went beyond the measures presented Bill PL 3,129. The presentation of the new bill made more concrete the specific measures directed at costs, fleets, ports, and the naval industry, which we summarize below by category:

Among the measures expected on the basis of public statements by members of the ministries and which were not fully covered under the Cabotage Bill, the following should be highlighted: (i) that the working arrangement of maritime workers in cabotage shipping should be regulated in accordance with the law of the flag the foreign chartered vessel flies; and (ii) that state taxation on bunker fuel (ICMS) should be resolved, in order to standardize its price and, consequently, avoid further negotiations with states.

The Cabotage Bill also establishes the minimum requirements for an EBN to qualify for the BR do Mar program. To be granted qualification, the EBN must meet the following requirements: be an EBN authorized to operate in the transportation of cargo via cabotage, have good tax standing at the federal level, and sign a commitment with the federal government, which will oblige it to submit information regarding the guidelines of BR do Mar and other specific provisions that will give the Ministry of Infrastructure greater accountability over the sector,[1] as provided for in the Cabotage Bill.

The regulatory changes proposed by the Cabotage Bill seem to aim at increasing cabotage navigation in Brazil. The government's expectation is to benefit the Brazilian logistics chain towards multimodality, diversification, competition, and efficiency. However, the impressions of the players in the sector regarding the possible regulatory impacts do not seem to be unanimous, and it would not be surprising to witness intense debates on the subject in Congress, where the bill will has a long way to go, even if it is possibly shortened due to the urgency imposed by the government.

[1] The Cabotage Bill lists that it will be mandatory to submit information regarding the following issues: "a) expansion, modernization and optimization of its activities and its operating fleet in Brazil; b) improvement in the quality and efficiency of cabotage transport in relation to the user experience; c) increase in the supply to the user of cabotage transport; d) creation and maintenance of regular cargo transport operation; e) valuation of employment and qualification of the Brazilian crew hired; f) development of activities in the value chain of cabotage navigation in operations performed in Brazil; g) innovation and scientific and technological development that promote the economic development of cabotage transport; h) safety in the transport of the goods transported; i) sustainable development; j) transparency as to shipping/freight prices; k) healthy competitive practices that ensure the competitiveness and conduct of the business in an ethically responsible manner; and l) promotion of integrity.”