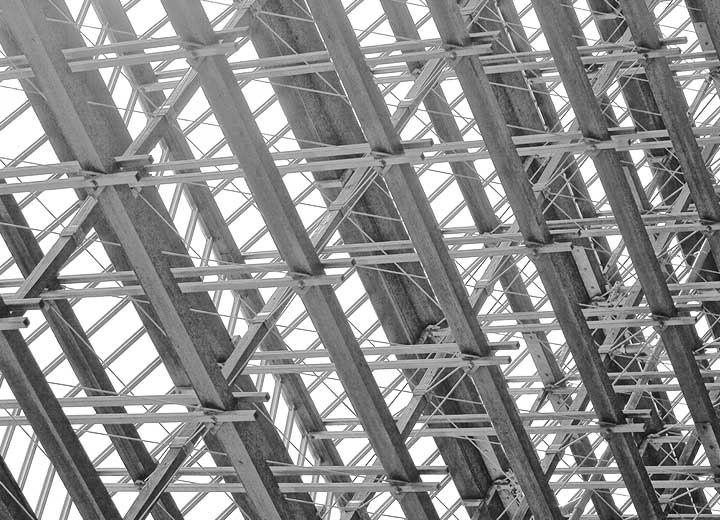 MP of Economic Freedom: an analysis of changes of a corporate, civil, real estate, and tax nature

Presidential Decree (MP) No. 881, published on April 30 of this year, instituted the Declaration of Economic Freedom Rights and amended a series of legal provisions of a corporate, civil, real estate, and tax nature.

In this article, we shall analyze the main provisions of the MP, classified according to their nature.

The provision that most attracted attention from the corporate point of view was the inclusion of a sole paragraph into article 1,052 of the Civil Code that authorizes the formation of limited liability companies by only one partner. The requirement to have at least two partners to form a limited liability company is an old discussion that culminated in 2011 in the establishment of the Individual Limited Liability Company (Eireli). Even though it may be formed by only one owner, the Eireli did not fully meet the expectations of the business world.

In order to comply with the provisions of the MP, the National Department of Business Registration and Integration (Drei) issued Normative Instruction No. 63, published in the Official Federal Gazette on June 14, to deal with the registration requirements and procedures for the individually owned limited liability companies. According to the rule, this type of company may originate from an original incorporation, departure of partners from the company by means of an amendment to the articles of association, as well as transformation, merger, spin-off, etc. The instruction also establishes that all the rules pertaining to limited liability companies organized by two or more partners must apply to individually owned limited liability companies.

The presidential decree also amended the provisions of the Civil Code dealing with Eirelis so as to make it clear that, except for cases of fraud, only an Eireli's assets are used to satisfy the company's debts, but they are not to be mixed in any situation with the assets of the owner of the Eireli.

Also in the context of personal liability, the Presidential Decree officialized the institute of inverse piercing the corporate veil by including a new paragraph in article 50 of the Civil Code to deal expressly with the subject. That is, the obligations of partners or managers may be extended to the legal entity is cases of abuse characterized by misuse of purpose or intermingling of assets.

In addition to defining what misuse of purpose and intermingling of assets is, the MP introduced into the Civil Code, in a clear manner, a provision according to which, in cases of abuse, the judge may effectively pierce the corporate veil. Previously, article 50 dealt in a more generic manner with the extension of the effects of certain relationships of obligations with the private assets of partners and managers, without expressly mentioning piercing the corporate veil per se.

Article 50 also provided in paragraph 4 that the mere existence of an economic group does not lead to piercing of the corporate veil. The insertion is important, since it seeks to increase the legal certainty of companies that are part of economic groups, sometimes held liable due to the simple fact that they are part of the same group and without due observance of the legal requirements for piercing the veil.

The requirements of the MP to give rise to piercing of the corporate veil should be considered, as regards real estate issues, when acquiring real estate belonging to specific purpose entities or companies that, in general, may be part of economic groups in situation of crisis or debt restructuring, but which in themselves do not pose a risk to the acquirer.

The latest change to the Civil Code of a corporate nature relates to the inclusion of provisions that define the investment fund, delegating to the Brazilian Securities Commission (CVM) the responsibility for disciplining it, but establishing that such a fund may, observing the rules issued by the CVM: (i) establish the limitation of liability of each condominium to the value of its units/quotas; and (ii) authorize the limitation of liability of fiduciary service providers vis-à-vis the condominium and among them, to the fulfillment of the particular duties of each one of them, without joint and several liability. If a fund established without limitation of liability wishes to adopt limited liability, this limitation will only cover the facts that occurred after this change.

With regard to the Brazilian Corporations Law, the MP brought in two novelties. The first of these is the possibility for the CVM to issue regulations that waive certain requirements set forth in the same law for companies that it defines as small and medium-sized, in order to encourage and facilitate the access of these companies to the capital markets. The second innovation consists of dispensing with the signature of shareholders subscribing shares on the subscription list or form, in the event of a public offering, the settlement of which occurs through systems managed by entities managing the organized securities markets.

The MP also amended the articles of the Civil Code dealing with contracts in general so as to provide that, in addition to the freedom to contract within the limits of the social function of contracts, the provisions of the Declaration of Economic Freedom Rights and minimum intervention by the State in private contractual relations must also be observed.

Also in the civil sphere, the MP amended Law No. 11,101/05, which governs judicial reorganization, including a new article 82-A, which deals with the extent of the effects of bankruptcy. This inclusion, in and of itself, is questionable, since this law already has other mechanisms for third-party liability in the event of bankruptcy.

Moreover, although extension of the effects of bankruptcy had already been applied and accepted by a significant portion of the Brazilian courts, there was no legal provision governing it, which ultimately created uncertainty regarding the effects of such a measure (for example, on the time limit to be fixed for the companies/persons affected by the extension).

By introducing the institute through the presidential decree, the legislator has apparently attempted to mitigate lessen uncertainty and ensure some predictability regarding its use. As per the provisions of article 82-A, however, the attempt may not yield the fruit desired. Due to the seriousness of the alternative that the legislator has opted for, detailed regulations on its requirements (which should not be exactly the same as those for piercing of the corporate veil, as proposed), limits of application, effects, and extension would be recommendable, which is not seen in the text of the MP.

Likewise, Federal Law No. 12,682/2012, which regulates the preparation and archiving of public and private documents on electromagnetic media, was also amended.

Another provision brought in by MP 881 concerns the amendment of Decree-Law No. 9,760/46, which deals with properties owned by the federal government, including naval lands. The new text alters the jurisdiction to hear appeals relating to decisions on demarcation of naval lands.

The task was assigned to the Minister of Planning, Budget, and Management, but was transferred, with the new norm, to the hierarchical superior of the secretary of Coordination and Governance of the Assets of the Federal Government of the Special Secretariat of Privatization and Divestment of the Ministry of Economy. In general, the change may accelerate the response to appeals filed by parties interested in proceedings before the Secretariat of Assets of the Federal Government (SPU).

Among the changes promoted by the presidential decree in the tax area, one may highlight the following points:

In the article in question, the restatements must be observed in the administrative, regulatory, and decision-making acts of said bodies, which are under the Federal Public Tax Administration.

Among the scenarios provided for are the topics judged on the basis of concentrated and diffuse control of constitutionality, as well as repetitive appeals reviewed by the Federal Supreme Court (STF) and the Superior Court of Appeals (STJ), in addition to the provisions in binding precedents. This provision is in line with the new provisions of the Code of Civil Procedure of 2015, which seeks procedural speed and economy through the standardization of case law understandings.

MP 881 also ended up bringing in as a scenario for exemption from challenging/appealing the issues decided by the STF, the STJ, or by the Panel for Uniformization of Case Law (an integral part of the Federal Justice Council) when there is no possibility of reversing the theory settled in a sense unfavorable to the National Treasury, according to criteria defined in the act of the attorney-general of the National Treasury.

Likewise, the possibility of exemption of the PGFN from contesting/appealing was inserted in relation to cases that are the subject of a precedent of the federal tax administration, provided for in article 18-A, discussed above.

In addition to amending legislation, MP 881 established the rights of economic freedom, assigned to every person, whether an individual or legal entity, and considered essential for Brazil's economic growth and development, two of which we highlight.

The first is the right of any person, whether an individual or legal entity, to develop a low-risk activity, for one’s own sustenance or that of one’s family, on private property or that of consenting third parties, without the need for licenses, authorizations, registration, and other acts that are required by public agencies before the exercise of the economic activity.

The Ministry of Economy published Resolution No. 51/2019, which defines the concept of low risk for the purposes of exemption from the requirement of public acts for release for operation or functioning of an economic activity. Examples of low-risk activities include news agencies, psychology, language instruction, tire installation services, etc. In such cases, supervision of the exercise of this right shall be carried out ex post facto, ex officio, or as a result of a complaint by a third party.

From the point of view of real estate law, it is possible that certain activities may be exempted from municipal licenses for installation and operation in order for them to operate.

The other right that we highlight is that the private party requesting a license, authorization, registration, enrollment, permit, or other acts required as a precondition for the exercise of an economic activity (upon presentation of all documents and elements necessary to support the process) shall be informed immediately regarding the maximum time limit for examination of the respective application.

After such period has elapsed without the authority having responded, the request shall be deemed tacitly approved, except for those cases expressly prohibited by law and when the request has been made by a public agent or relatives at certain levels of the administrative authority of the body itself in which the activities are carried out. MP 881, however, makes exceptions for cases in which such right will not be applicable, as in relation to tax matters and situations considered to have justifiable risk.

It should be noted that the entrance into force of the right to guarantee reasonable time limits is suspended for 60 days as of the date of publication of the presidential decree.

A review of the main changes made allows one to conclude that MP 881 may stimulate entrepreneurship in Brazil through the establishment of more flexible rules for certain types of business, but many of the new provisions depend on future and specific regulations for their effectiveness to be ensured.

Currently in progress before the National Congress, the text needs to be converted into law within 60 days (extendable once for an equal period) in order not to lose its effectiveness.