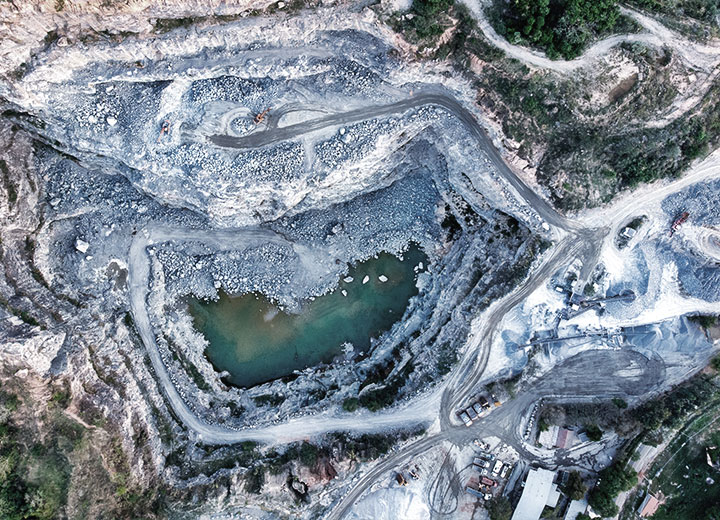 The breaking of a dam in Mariana in 2015 was not the first incident of its kind in Brazil, but it was a milestone for the mining industry for having caused extensive environmental and social damage in the states of Minas Gerais and Espírito Santo. As occurred after other large-scale events that were under wide media coverage in Brazil, the public understanding regarding the need for regulatory improvements, coupled with the opportunity for political action under the public’s attention, triggered legislative processes and amendments in dam regulations and disaster prevention in general. Thus, an intense process of changes in rules and regulations began after the incident.

In 2016, two norms were published at the federal level. Ordinance No. 187/16 of the National Protection and Civil Defense Bureau approved the Notebook of Guidelines for Supporting the Preparation of Municipal Contingency Plans for Dams, related to risks generated by the presence of dams in cities. Also focusing on disaster prevention, Ordinance No. 5,141/16 of the Ministry of Science, Technology, Innovation, and Communication, in turn, approved the internal rules of the National Center for Monitoring and Alerting of Natural Disasters, a scientific institution empowered to prepare relevant natural disaster alerts aiming at civil protection and defense actions in Brazilian territory, in addition to producing scientific knowledge on the subject and developing and implementing natural disaster monitoring systems, among others.

In the same year, the Government of Minas Gerais enacted Decree No. 46,993/16, which instituted a mandatory technical audit of dam safety in relation to all developments that perform the final or temporary disposal of mining tailings in dams that use or used the upstream elevation method. Through this instrument, the Government also stipulated that, by September 10, 2016, the developments must input an Extraordinary Declaration of Condition of Stability into the Environmental Declarations Database. In line with the new obligations, the Decree also created a type of infraction associated with the failure to perform any type of technical audit applicable to tailings containment dams that is rated as “extremely serious” in the scale of impact set by the regulation. In order to achieve its objectives, the Decree sought to impose obligations, but was not restrictive, as it expressly provided for the continuity of the environmental licensing processes for developments involving the final or temporary disposal of mining tailings in dams built via the upstream elevation method.

Accordingly, in the same year, the State Council for Environmental Policy (Copam) published Ordinance No. 210/16, which established criteria for the environmental licensing process for waste disposal activities, sterile block cave mining, and reuse of such materials when disposed of in piles, dams, or pits and amending provisions on environmental licensing and potential pollution of tailings disposal structures provided for in Copam Normative Ordinance No. 74/04, subsequently replaced by Copam Normative Resolution No. 217/2017.

In turn, in 2017, the National Department of Mineral Production (DNPM) published Ordinance No. 70,389/17, which created instruments for prevention and monitoring at the federal level in accordance with Law No. 12,334/10, which establishes the National Dam Safety Policy (PNSB). The ordinance created the National Register of Mining Dams, the Integrated Management System for Mining Dam Safety, and established the frequency of performance or updating, the identification of the technical responsible person, the minimum content, and the level of detail of the Mining Dam Safety Plan, Regular and Special Safety Inspections, the Periodic Dam Safety Review, and the Mining Dam Emergency Action Plan. Thereafter, Federal Law No. 13,575/17 created the National Mining Agency (ANM) and extinguished the DNPM.

Amid this process of changing dam and disaster prevention regulations, a new accident occurred on January 25 of this year, with the breach of a dam located in Brumadinho, also in Minas Gerais. The event pushed forward laws and regulations that were already pending and triggered new processes. Thus, 2019 has also been a year marked by the publication of norms that regulate the mining industry and the operation of dams in general.

Naturally, since it is the State most affected by the events, Minas Gerais was the first to publish specific rules on the subject. Precisely after the Brumadinho accident, State Law No. 23,291/19 established the State Dam Safety Policy (PESB-MG). One of the featured points of the law was the prohibition on the granting of an environmental license for the operation or expansion of dams intended for the accumulation or final or temporary disposal of tailings or industrial or mining waste that use the upstream method. In order to regulate the provision and to govern other issues, Semad/Feam Joint Resolution No. 2,765/19 was published, thereafter repealed by Semad/Feam Joint Resolution No. 2,784/19, which determines the decommissioning of all tailings and waste dams, built using the upstream method, arising from existing mining activities in Minas Gerais.

The essence of the norm was maintained, that is, the imposition of measures to ensure the stability of mining dams. As expected, the resolution focuses on structures built or raised via the "upstream" method or a method declared to be unknown, precisely because it addresses concerns arising after the 2015 and 2019 events that involved dams built via the upstream method. It is clear, therefore, that ANM Resolution No. 13/19 represents a new paradigm for a legal framework that was established after 2015.

Already in article 2 it is established that “the use of the method of mining dam construction called the 'upstream' method is prohibited throughout the national territory.” Thereafter, article 3 prohibits developers responsible for any mining dams from designing, constructing, maintaining, and operating them at sites within the grant area or in areas noted on the respective mining title and found within in the Self-Rescue Zone (ZAS).

The deadlines for adaptation to article 3 were some of the ones modified by ANM Resolution No. 13/19, being established as (i) October 12, 2019, for deactivation or removal of facilities, works and services intended for administrative, living, health, and recreation activities, as well as any facility, work, or service that handles, uses, or stores radioactive materials; and (ii) between August 15, 2022, and September 15, 2027, for decommissioning of mining dams, depending on the capacity volume. The resolution created a number of other deadlines expiring within the next decade, including the installation of an automated full-time real-time instrumentation monitoring system and implementation of solutions to reduce operational water input into dams, among others.

ANM Resolution No. 13/19 also establishes a minimum safety factor and the immediate shutdown of dams whose safety factor is momentarily below the minimum levels set by ABNT NBR No. 13,028/17. In addition, it imposes on developers the obligation to report the fact  to ANM, implement control and mitigation actions to ensure the safety of the structure and to assess the need for evacuation of the downstream area until the safety factor returns to minimum levels.

Finally, it should be noted that the resolution amended the text of DNPM Ordinance No. 70,389/17 so as to, among other things, determine that the Dam Stability Control Declaration be signed by the technical person responsible for its preparation and by individual at the higher level in the hierarchy of the company responsible for direction, control, or administration within the internal organization of such company.

As may be seen, in addition to the direct impacts of these incidents on the environment and on mining and the public in Espírito Santo, the events of 2015 and 2019 created a general public expectation of legislative changes and, consequently, established a situation of legal uncertainty for mining companies, with the publication and amendment of existing and newly published regulation.