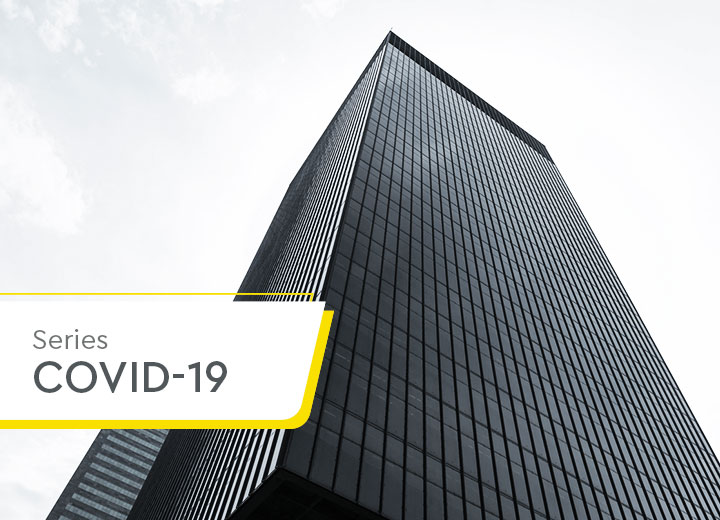 On April 3, the Senate voted and approved Bill No. 1,179/20 (PL 1,179/20), with the purpose of establishing rules, of an emergency and transitory nature, applicable to private law relations during the period of public calamity caused by the covid-19 pandemic. The text is still subject to approval by the Chamber of Deputies and then presidential veto.

The period of application of PL 1,179/20 was set as being March 20 to October 30, 2020. In the event that Legislative Decree No. 6/20 (which declared the state of public calamity in Brazil) is revoked before October 30, this revocation date will be understood as the new final term for the application of the emergency and transitory rules instituted by the bill.

Among the emergency and transitional rules approved, some have a direct impact on the real estate market and deserve special analysis:

PL 1,179/2020 rules out future allegation: (i) of increased inflation, (ii) of variation in foreign exchange rates, (iii) of devaluation, or (iv) of substitution of monetary standard as cases of unforeseeable circumstances to support requests for termination of contract or revision due to excessive burdensomeness. The PL also establishes that the consequences of the covid-19 pandemic on contractual relations under private law will not have retroactive legal effects to March 20, 2020.

The final approved version of the PL prohibits the granting of preliminary injunctions to vacate leased urban properties for commercial or residential purposes within 15 days in eviction actions, regulated by article 59, paragraph 1 of the Lease Law, and filed after March 20, 2020.

The original version of the PL provided for temporary suspension of payment of rent from residential leases. This suspension was justified by the change in the economic and financial situation of tenants, which could occur due to loss of employment, reduction in work hours and salary, or a reduction in their compensation as a consequence of the crisis caused by covid-19. The measure, however, was not approved by the Senate, as it was found that it could also result in losses for landlords, who often depend on rental income for their livelihood. It is worth noting, however, that the proposal to suspend payment of rent was strongly defended by some senators and may be rediscussed in other bills that cover the same issue.

The provisions of the original proposal and its amendments on agrarian contracts were not approved.

In the original draft, PL 1,179/2020 provided for: (i) automatic extension of lease terms, (ii) an additional term for exercise of preemptive rights by lessees and for retaking of the property by lessors, and (iii) authorization for Brazilian companies equated to foreign companies (as a result of being controlled or having the majority of their capital stock directly or indirectly held by foreigners) to enter into lease agreements until October 30, 2020, without compliance with the restrictions set forth in Law No. 5,709/71.

Despite the non-approval of these rules, questions still have to be asked about the stability of leases during the quarantine period. The topic may be the subject of new proposals in the Brazilian Congress. The Senate felt that the existing legislation and reasonableness would already be sufficient to govern any discussions on the subject. Therefore, there would be no need for new rules of an exceptional and transitional nature.

The rule approved provides for suspension of the time limits for acquisition of real estate or personal property by means of adverse possession until October 30, 2020, thus protecting the owners or interested parties who would have difficulty in defending properties that are in the possession of third parties during the period of the pandemic.

Still on the subject of property rights, the Senate rejected a proposal to prohibit the granting of injunctions to vacate a property that is subject to a fiduciary sale in guarantee, seeking to protect, in an equitable manner, the interests of the debtor and of the purchaser of the property. The decision also ensures that any prohibition on the bidder’s investiture in possession of the property would create legal uncertainty.

In order to legitimize the measures adopted in some building condominiums in recent weeks and ensure the effectiveness of the recommendation of social isolation, PL 1,179/2020 has given landlords powers to temporarily restrict: (i) the use of common areas of the condominium, (ii) the holding of meetings and festivities, and (iii) the use of parking garages by third parties, including in areas exclusively owned by the condominium members. However, the right of the condominium members to use the common areas necessary to access their private areas was expressly reserved, as was the right to medical care and to carry out works of a structural nature or necessary improvements.

In addition, the bill authorized that both condominium meetings and their respective voting may occur virtually on an emergency basis. If it is impossible to hold meetings in this manner, it was decided to extend the terms of office of condominium representatives from March 20, 2020, to October 30, 2020.

After the vote in the Senate, the text will be submitted to the Chamber of Deputies for evaluation, which may approve it without amendments or propose amendments. If amendments are proposed, the text will return for further consideration by the Senate. Approved in both legislative houses, the legal text shall be subject to approval or total or partial veto by the President of Brazil.

In the vote on PL 1,179/2020, the Senate expressed the expectation that the law will be passed within the next week, given the emergency nature of its provisions.