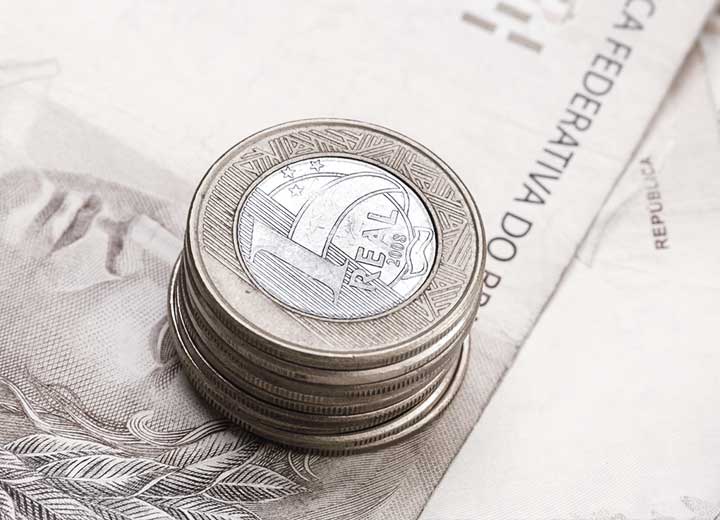 At the end of last year, Justice Dias Toffoli released for judgment Extraordinary Appeal No. 1.063.187, Topic of general repercussion No. 962, which litigates the levying of Corporate Income Tax (IRPJ) and the Social Contribution on Net Income (CSLL) on amounts received by the taxpayer due to the application of the Selic rate when tax withheld in error is refunded. In the judgment, the Federal Supreme Court (STF) will decide whether the amounts paid to taxpayers due to the application of the Selic rate are subject to income tax

The discussion is of extreme relevance because it has an impact on the majority of cases in which the taxpayer has the right to refund of tax overpayments adjusted for inflation by applying the Selic rate. Also, depending on the extent of the theory to be established by the STF, it may also include interest incurred when collecting judicial deposits (it was requested that RE No. 1.067.056, which relates specifically to the debate on judicial deposits also be selected as a paradigm for the judgment of Topic of general repercussion No. 962).

The topic is also quite current, considering that recently taxpayers have been successful in tax debates (for example, recognition of the non-inclusion of the ICMS in the PIS and Cofins calculation basis) which should generate large amounts of taxes to be reimbursed and, consequently, high figures for adjustment for inflation at the Selic rate.

It is not, however, a new topic before the Supreme Court.

In 2009, at the time of the judgment of Interlocutory Appeal No. 705.941, the STF was of the understanding that the controversy over the taxation of the Selic is infra-constitutional in nature and, consequently, would fall within the jurisdiction of the Superior Court of Appeals (STJ). The STF revised its understanding so to recognize the general repercussion of the matter when the Federal Court of Appeals of the 4th Circuit[1] (TRF4), declaring the partial unconstitutionality of paragraph 1 of article 3 of Law No. 7,713/88, of article 17 of Decree-Law No. 1,598/77, and of article 43, item II and paragraph 1 of the National Tax Code (CTN), ruled out the levying of the IRPJ and CSLL on the amounts calculated at the Selic rate.

The taxpayers' theory is that the amounts received as interest on arrears and adjustment for inflation when the tax withheld in error is reimbursed does not constitute an increase in equity, thus not being included in the IRPJ and CSLL calculation basis, according to the terms of articles 153, III, and 195, I, "c", of the Federal Constitution of 1988. The amounts were said to serve the purpose of merely restoring equity, and not any increase.

The National Treasury argues before the STF that the text of the Constitution does not have a defined concept of profit/income and that its content must be extracted from infra-constitutional legislation, such that there is no offense to the provisions of articles 153, III and 195, I, ‘c’ of the Federal Constitution for the purposes of calling for the jurisdiction of the Supreme Court. It further asserts that in the refunding of the tax withheld in error, since the principal is taxable, it would be legitimate to tax the adjustment for inflation and interest on arrears, in view of the rule that the ancillary follows the principal.

The STJ, for its part, has already reviewed different aspects of the subject from the point of view of both individuals and the legal entities.

In 2012, at the time of the judgment of REsp No. 1.227.133, for example, the 1st Section of the STJ, under the system for dealing with repetitive appeals, established the understanding that only interest on arrears on the amounts due in the context of termination of employment contract would not be subject to Personal Income Tax (IRPF).

The same 1st Section again reviewed the issue in the judgment of REsp No. 1.089.720, at which time the theory was established that interest is not subject to IR taxation when the money to which it refers is exempt or outside of the field of application of the tax.

The following year, the 1st Section once more reviewed the issue, this time focusing on legal entities. In the judgment of REsp No. 1.138.695 it was understood that:

This last judgment was extremely important because, in addition to being submitted to the system for repetitive appeals, it addressed situations involving legal entities. Thus, according to the STJ, the amounts resulting from the application of the Selic rate received by legal entities, whether due to refund of tax withheld in error or due to the withdrawing of judicial deposits, are subject to IRPJ and CSLL taxation.

The decision by the STJ deserves to be re-examined.

Firstly, there is no way to confer the nature of lost profits to interest on arrears, since its inherent purpose is only to recover a loss suffered in the creditor's assets, which is far from the idea of remuneration of capital.

Interest on arrears aims to recover the direct damage to the creditor’s assets, under the terms of article 407 of the Civil Code (CC/02), which must be respected by the tax legislation, as directed by article 110 of the CTN.

In addition, the assertion that interest on arrears has the nature of compensation for “lost profits" is contrary to the definition already reiterated by other panels of the STJ.

The concept of “lost profits" established by the panels[2] that make up the 2nd Section of the STJ, dedicated to private law, is based on the possibility of objectively predicting what the injured party failed to received, according to concrete, sure, and specific elements of the interrupted profitability. This premise does not allow for the inclusion of interest on arrears into the category of lost profits, since: (i) such interest does not correspond to what the taxpayer would effectively fail to earn; and (ii) interest on arrears is quantified in the same way for all taxpayers, without taking into account the factual situation of each case.

In addition, the STJ made an undue differentiation of the nature of the interest in cases of judicial deposits and refunds of tax withheld in error. The court held that interest on deposits is remunerative, while interest on refunds constitutes interest on arrears.

In so doing, it disregarded the fact that the relationship established by judicial deposits is essentially the same as that formed with the restitution of undue payments. In both cases, taxpayers were deprived of funds, which remain in the hands of the National Treasury, and the latter is responsible for adjusting the amounts for inflation at the time of restitution. Adopting this assumption, the 3rd Panel of the STJ,[3] in a case under private law, found that interest on arrears is due upon the return of the judicial deposit.

In any event, regardless of the criticism, the STJ's unfavorable understanding is the current position and has been used by the National Treasury to justify taxation of the amounts.

With the recognition by the STF of this subject’s general repercussion, the topic has returned to the agenda for discussion, with the possibility of a different final decision in favor of the taxpayer.

Despite not having ordered a nation-wide stay in the cases that deal with this matter (as provided for in article 1,035, paragraph 5, of the Code of Civil Procedure of 2015), in some cases the STJ[4] chose to order a stay in special appeals that reviewed the matter, signaling the possibility of reversing the current understanding.

As may be seen, although the discussion on the taxation of the amounts received as interest and adjustment for inflation due to the application of the Selic rate is not a new one for the courts of appeal, a future judgment on the matter by the Federal Supreme Court makes possible a change in the unfavorable understanding previously adopted.

It is incumbent on taxpayers to bring this discussion to the Judiciary to challenge the levying of the IRPJ and CSLL on amounts received in this regard when tax withheld in error is refunded or when judicial deposits are withdrawn.