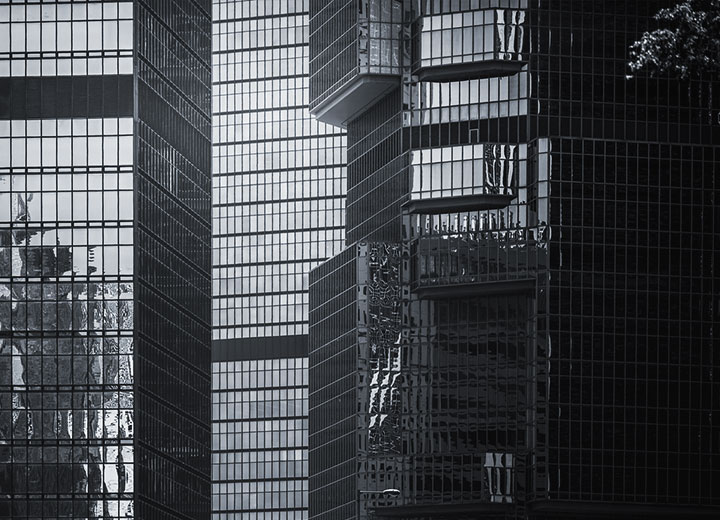 The administrative act formalizes the tax obligation and show the authority’s understanding regarding the law applied on the case. Upon performing the act, the administrative authority reveals its interpretation of the law that is applicable to such cases and entails the collection of the tax plus a penalty. The exercise of the taxpayer's guarantee of a full defense and an adversarial proceeding is directed to a comparison between the grounds presented by the complaint, which has the effect of setting the criteria that will be subject to analysis by the court.

The Brazilian Tax Code (CTN) provides in article 146[1] that modification of the legal criterion adopted in infraction notice, whether the result of an act by the legal authority or by virtue of a decision issued by an administrative or judicial court, may be applied only in relation to the future. This means that, after setting the new way of interpreting the provisions at stake, such new position only be binding for the next facts, not for the past.

In other words, once an infraction notice has been carried out, the legal criterion reflected therein may not be changed with respect to the facts contained in that document. Thus, even if the Public Administration itself finds that a mistaken understanding has been adopted, amendment thereof in order to justify an act already performed is prohibited.

Control of the legality of the infraction notice is carried out solely on the basis of the administrative act performed and, therefore, does not have the function of requiring the Administration to follow that understanding for subsequent periods. Modification of the legal criterion adopted on the infraction notice is forbidden. With regard to subsequent facts, the new criterion may be employed and there is no required binding effect for the past.

According to CTN in articles 145 and 149, there are specific and limited scenarios in which the infraction notice may be changed. However, there is no situation among them that authorizes a change in the interpretation of the provisions of law invoked by the agent who performed the act, nor is there the possibility of adding elements of evidence in the event of a mistake in the infraction notice.

This issue is of great relevance because, when challenging an infraction notice, taxpayers present the reasons that justify the conduct they adopted and the documents that support their allegations. Thus, after the taxpayer's answer, the administrative authority will not be able to spontaneously review the act and implement adjustments.

The Federal Administrative Court of Tax Appeals (“CARF”) has dealt with many trials on the subject and there is no uniformity among them. An example of the correct application of the obstacle imposed by article 146 of the CTN regarding changes of the infraction notice after the taxpayer's defense is found in decision 3401-005.943, when the reporting judge Lázaro Soares correctly argued that it was not possible to modify the legal reasons explained in the infraction notice. However, the reporting judge clarified that the prohibition concerns only the past, and does not prevent the Administration's activity with regard future audits. Note a clarifying passage from the appellate decision:

(...) 34. What is not allowed is that the Tax Authority may, identifying an infraction notice with the wrong legal basis, with an error of law having occurred, change that basis, replacing it with another and thus causing a worsening in the taxpayer’s situation in that same assessment, referring to the same taxable event, on the pretext of adapting the administrative act to the applicability of laws and regulations. However, nothing prevents future entries from performing such a correction, even for past triggering events. (...)

Furthermore, decision 1401-002.822 also faced a similar situation in which the infraction notice was canceled because the first instance decision relied on a basis that had not been raised by the original tax assessment notice. This circumstance, as stated by the decision, breaches taxpayer's right of defense, since the defense necessarily addresses the arguments to challenging the reasons invoked by the infraction notice, not for the new ones.

However, despite the aforementioned decisions, which applied well the emerging mandate of article 146 of the CTN, there are recent decision in which one may find mistakes of two types: i) the assessment must take as a reference a previous infraction notice; and ii) the conclusion that new arguments invoked, provided that they ratify the assessment described in the complaint, do not constitute alteration in legal criteria. The understanding reflected in decision 9303-008.195[2], at the same time, contradicts the objective set out in article 146, since it invokes as a comparison criterion a previous infraction notice and also states that modification of the legal basis, provided that the factual description is maintained, does not constitute change of legal criterion.

Although CARF’s case law shows that the issue is not settled, we believe that there are positive signs and examples of the correct application of the prohibition on modifying the legal criterion adopted by the infraction notice. With respect of applying the guarantee of due process of law, the connection with article 146 of the CTN concerns the precise identification of the complaint, which will allow taxpayers to fully exercise their right.

It is not consistent with the guarantee of due process of law, when Administration performing its function of creating infraction notices, to change the grounds of the complaint whenever taxpayers defend themselves and present arguments and documents that demonstrate the correctness of their conduct. The accusatory body, supported by the ultimate objective of maintaining the infraction notice, is not allowed to invoke new grounds at various times. The infraction notice must be precise and contain all the elements of evidence when it is presented and, in tax matters, the limit is provided for in article 146 of the CTN, with an express rule that prohibits modification of the grounds of the infraction notice.

[1] “Article 146. The modification introduced, ex officio or as a result of an administrative or judicial decision, in the legal criteria adopted by the administrative authority in the exercise of the entry may only be effected, in relation to the same taxable person, as to taxable events occurring after its filing.”

[2] “The change in legal criteria that prevents the drawing up of another Assessment Notice refers to a change in the laws and regulations applicable to the same fact for the same taxpayer. Maintaining the description of the fact and the assessment imputed to it, additional arguments that lead to the same assessment do not constitute alteration of legal criteria.”