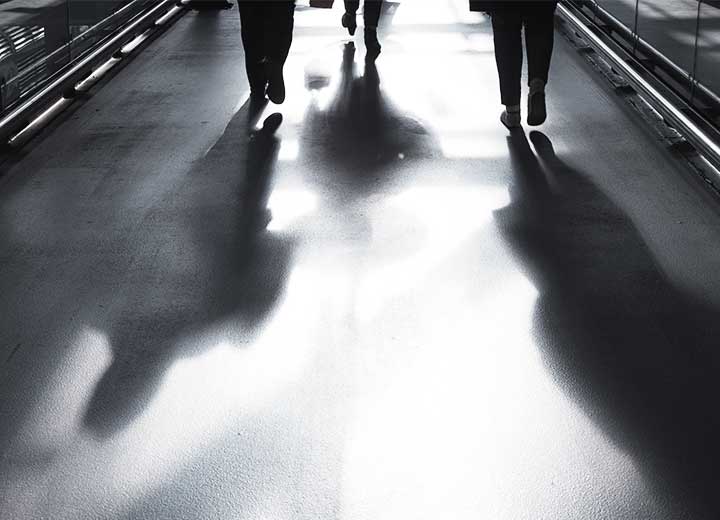 Fighting corruption in Brazil - recent developments and challenges ahead

Law No. 12,846, also known as the Anti-Corruption Law, was enacted five years ago, on August 1[1]. Not only an important improvement in the legal framework to combat corruption, it has led to the strengthening of a culture of integrity and corporate governance in both private and state-owned companies.

The glass half full

Firstly, there was a shift in focus in order to concentrate anti-corruption efforts on the role of the corruptor, especially legal entities and economic groups. Prior to Law No. 12,846, anti-corruption enforcement in Brazil focused on sanctioning government officials and public servants.

The Anti-Corruption Law brought in strict liability in administrative enforcement, without the difficult task of proving intent, willful misconduct or culpability of the individual. In addition to facilitating the fight against illegal payments through administrative sanctions proceedings (speedier and more objective, without the rigidity and excessive guarantees typical of criminal proceedings), strict liability encourages companies to invest in the prevention of unlawful conduct and in the promotion of a culture of compliance.

As the unlawful acts committed by employees began to give rise to direct liability for companies, even if carried out without authorization or even the knowledge of the organization, companies began to invest more heavily in compliance and integrity programs, monitoring, codes of conduct and internal policies, corporate training, employee awareness, and complaint channels, among others. According to a survey by KPMG and Amcham in 2017, "compliance" and "integrity" are among the top three priorities of companies, and about 60% of Brazilian companies have increased significantly their compliance investments in recent years.

There has also been a change in the perception of reproach, as society and public authorities come to understand that the role of the private corruptor should be as repudiated as that of the corrupt government official. Historically, corruption was combated by the Criminal Code, with crimes of active bribery (article 333 - offer or promise an undue advantage to a public official) and passive bribery (article 317 - request or receive an improper advantage due to a public function), as well as other laws focused on government officials and public agents, such as the Law on Administrative Misconduct (Law No. 8,429/92) and the Law on Public Tenders (Law No. 8,666/93). Today, corruption is combated primarily by the punishment of corrupt legal entities, especially by using monetary sanctions (fines and disgorgement of unlawful advantages) and non-monetary sanctions (prohibition on contracting with the government, loss of incentives, suspension of activities).

It has also become clear that legal punishment is not the only way to achieve ethics and integrity in the corporate world: in the era of transparency and full information, responses by the market, consumers, and employees may bring about extremely costly reputational sanctions for corrupt companies, such as devaluation of stock prices,[2] loss of sources of financing, rejection of products by consumers, and flight of talent, among many others. Likewise, integrity awards encourage ethical conduct and compliance practices, such as compliance awards, transparency and governance rankings, appreciation of shares,[3] and creation of intangible value. Further: companies punished that enter into leniency or deferred prosecution agreements tend to act as “watchdogs” in the markets in which they operate, as they, with more stringent rules, have a competitive disadvantage compared to competitors who commit unlawful acts.

The Anti-Corruption Law has also created an administrative liability framework capable of imposing sanctions on an entire business group. Article 4, paragraph 2, extended strict liability to the economic group, including controlling, controlled, affiliated companies or consortium members. In spite of the valid intent to stimulate the fight against corruption in the context of economic conglomerates, the Anti-Corruption Law has not created clear parameters to define the scope of this joint and several liability, especially in the context of equity investments and mergers and acquisitions. The authorities need to use this mechanism in enforcements against conglomerate entities and their shareowners only to the extent that they contributed to the commission or perpetration of an unlawful act.

Another significant change was the expansion of monitoring and due diligence work for entities outside the organization. For example, one of the criteria for assessing the effectiveness of a compliance system is the existence of due diligenceinto third parties, which includes suppliers, distributors, representatives, and agents. In other words, the outsourcing of the activities and the risk of unlawful conduct can no longer be used as an excuse to perpetuate irregular conduct. Likewise, in the context of acquisitions and investments, it is advisable to conduct diligence into the companies acquired in order to mitigate the risk of succession for liabilities related to unlawful conduct.

It is worth noting that the system of administrative liability of companies has been able to achieve greater efficiency in conducting investigations and recovery of funds than the traditional proceedings of criminal law. Through negotiated justice and collaboration, Brazilian authorities were able to enter into leniency agreements and recover significant sums from business groups.

In the scope of state-owned enterprises and state-controlled companies, the improvement of governance and compliance and integrity systems came about with the enactment of Law No. 13,303/2016 (State Companies Law) and other decrees[4]. Among other goals, these rules introduced greater transparency and professionalism to the management of state-owned companies and, above all, are intended to curb (or reduce) the political appointment model for management positions, one of the main factors in the spread of corruption in Brazil. For example, the appointment of officers and directors of state-owned enterprises and state-controlled companies depends on minimum requirements for technical capacity, professional experience, and academic training and unblemished reputation,[5] which makes it difficult for political parties to appropriate the positions thorough political appointments. Some types of appointments are expressly prohibited.[6]

The half empty glass

If, on the one hand, the new Anti-Corruption Law proved able to improve the efficiency of prosecution of unlawful conduct, on the other, it revealed a lack of transparency among control and inspection bodies. We saw, in recent years, a lack of coordination and legal uncertainty among the public authorities to combat corruption. The Brazilian constitutional legislator was very generous in distributing competencies to bodies in charge of protecting administrative morality and the public purse.

The Public Prosecutor's Office (MP) is responsible for protecting public and social property at the federal and state levels.[7] The Federal Accounting Court (TCU) and its state counterparts have the duty to supervise the use of public resources in general.[8] The Attorney General's Office (AGU) reserved its mission to defend the interests of the Federal Government in and out of court, including against acts of corruption.[9] In addition, Law No. 10,683/2003 created the Federal Comptroller's Office (CGU) as an advisory body to the head of the Federal Executive Branch in matters related to administrative morality. There are, therefore, four federal entities competing for space in the control of corruption.

Brazil has a "multi-agencies" institutional design, where several public bodies and entities have the authority to carry out preventive and repressive actions regarding acts of corruption, in the administrative, civil and criminal spheres. If, on the one hand, a multi-agency system makes it difficult for the private entities to capture the State (since there will always be some public entity that is not integrated into the corrupt scheme), on the other hand, this system, if not working properly, can result in destructive competition between agencies and will bring enormous legal uncertainty to private defendants, which will ultimately discourage the use of leniency agreements. Currently, several leniency agreements entered into by the Federal Prosecutor’s Office (MPF) are being challenged by other anti-corruption authorities, in large part to protect their spheres of competence and institutional/corporate interest.

For example, at the request of the MPF, an injunction was revoked in an administrative misconduct action against an engineering company that entered into a leniency agreement, an injunction that decreed a freeze on its assets. In the context of an interlocutory appeal filed by the AGU,[10] the 4th Federal Circuit Court of Appeals (TRF-4) ruled that the AGU's participation in the discussions regarding the full compensation of damages and the amount to be compensated was necessary. Therefore, the leniency agreement entered into with the MPF would not be valid, as it would depend on ratification by the AGU. Thus, until there is ratification by the AGU, the action of misconduct should continue and the assets should remain frozen.

More recently, the 13th Federal Criminal Court of Curitiba has prohibited the use of evidence obtained by Operation Carwash against informants and companies that confessed crimes and agreed to collaborate with the prosecutors in charge of the investigations.[11] The decision directs the control bodies (such as the TCU and CGU) and other entities (such as the Central Bank, the Federal Revenue Service, and Cade) not to use evidence of the leniency agreements against cooperating parties without authorization. With this decision, prompted by a request by the MPF, informants and companies are now protected against a raid by other control bodies over the same illegal acts covered by a leniency agreement. For the prosecutors of the MPF, the measure is necessary in order to avoid having the legal uncertainty created by the lack of coordination among the various control bodies discourage new cooperating parties, thus harming the fight against corruption.

Without a doubt, the first five years of the Anti-Corruption Law have been very positive and there’s potential for even greater developments in the future. However, new measures will be necessary to continue to perpetuate the culture of ethics and corporate governance. Among the challenges ahead, we highlight the following: (i) expansion of powers and improvement of the CGU's structure and budget; (ii) creation of objective calculation criteria for the imposition of fines and other sanctions; (iii) changing the existing statutory limitation rules, which currently result in impunity; (iv) revision of the limits on judicial venue due to the prerogative of function for politicians; (v) promotion of cooperation among all control bodies to create greater legal certainty; and (vi) more debate about the expansion of the Anti-Corruption Law to also curb private corruption (as in the United Kingdom and France, for example).

The seed for an effective fight against corruption has not only been planted, as we are already reaping its first fruits. However, moving to a full-fledged culture of integrity takes longer, requires the steady support of society, and will likely take more than a generation.

[3] Companies on the Corporate Governance Index of the BM&FBovespa registered appreciation in their shares 122% higher than shares of companies of the IBOVESPA. "The data confirm: good governance practices increase share prices" - Revista Exame, July 3, 2017.

[5] The State Enterprises Law establishes minimum eligibility requirements for officers and directors (including the board of directors and board of executive officers): (i) 10 years of professional industry experience; (ii) 4 years with a managerial or executive position, a committee position, a member of a faculty or researcher, or a market professional; (iii) compatible academic training; and (iv) not be ineligible (following the provisions of Complementary Laws No. 64 and 135). An eligibility committee will be created to review the above requirements.

[6] For example, the State Enterprises Law prohibits the appointment of representatives of regulatory bodies, ministers or secretaries of state, members of the decision-making structure of political parties in the last 36 months, trade unionists, representatives of entities that have signed contracts or partnerships with state companies as a person with other forms of conflicts of interest.

[12] The first initiative in this direction was a memorandum of understanding between the MPF ​​and CGU on the confidentiality of the information exchanged during the negotiation, which later culminated in MPF ​​Guidance No. 01/2017. Another initiative was the memorandum of understanding between the CGU and AGU, which later culminated in Ordinance No. 2278.