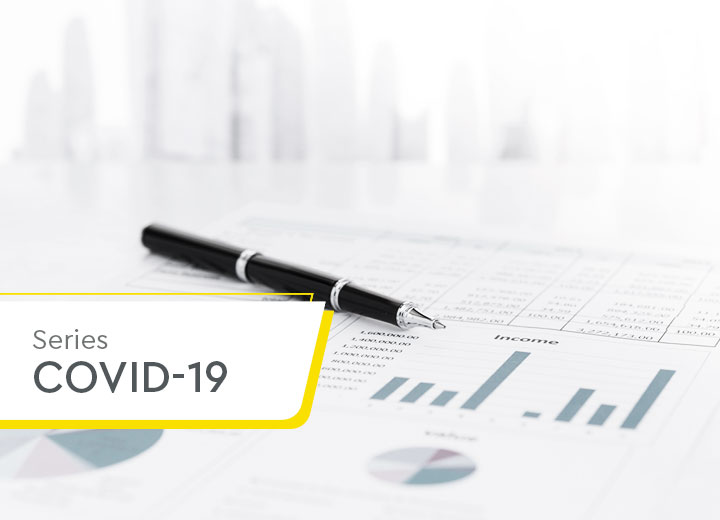 Covid-19: analysis of the possibility of retaining minimum mandatory dividends due to the crisis

With the covid-19 pandemic, a significant portion of companies will have their operations seriously affected due to the need to comply with orders that impose, among other issues, closure of establishments and reduction of operating hours. This adversely affects billing and generation of cash. In this scenario, Executive Order No. 931/20 (MP 931) and CVM Resolution No. 849/20 were approved. Among other matters, they deal with the extension of deadlines applicable to corporations and limited liability companies, such as deadlines for holding ordinary general meetings by corporations, until the 7th month of the 2020 fiscal year.

In addition, management bodies (board of directors and board of executive officers) have been authorized to declare interim dividends based on a half-yearly balance sheet, regardless of provision in the bylaws, in order to meet, when appropriate, the need to pay dividends to shareholders while awaiting the ordinary general meeting.

However, whether in advance or within the time limit extended by MP 931, companies cannot fail to approve their financial statements and, no less important, resolve on the allocation of the net income calculated in the past fiscal year, if any. This creates the obligation to remunerate its shareholders through the distribution of dividends, which compromises part of its cash in a crisis scenario that may extend throughout the fiscal year 2020.

Regarding the distribution of dividends, Law No. 6,404/76 (the Brazilian Corporations Law), which governs corporations, establishes as its main purpose the calculation of profits and, as a consequence, the obligation of companies to allocate part of their net income to the payment of mandatory dividends to shareholders, pursuant to article 202 of the Brazilian Corporations Law. Paragraph 6 of article 202 provides that “profits not earmarked per the terms of articles 193 to 197 [i.e. earmarked for profit reserves or retained through capital budget] shall be distributed as dividends."

Despite the obligation to distribute dividends, the Brazilian Corporations Law provides for the existence of profit reserves and allows companies to retain part of their profits for purposes other than the distribution of dividends.

Thus, considering the current economic scenario caused by the coronavirus pandemic, it is questionable whether companies, even if they have recorded profits in their balance sheets, could legitimately withhold part or all of the dividends to be allocated to shareholders.

The reserve for contingencies is formed by allocating "part of net profit [...] to offset, in the future, decrease in profit resulting from a loss deemed probable, the value of which can be estimated." As legal scholarship teaches, the creation of a reserve for contingencies cannot be based on a provisioned contingency, because it has already materialized, but rather on a contingency that has not materialized, that is future and uncertain, but predictable, the quantification of which is possible.

It is possible to infer, therefore, that the formation of the reserve for contingencies is justified in view of demands with reasonable predictability and whose value involved in the event of loss is at least determinable beforehand, since only that part of the profit that equates to the estimated value for loss will be earmarked to this reserve. The residual value of the net income that cannot be earmarked for the reserve for contingencies, since the estimated loss is not equivalent to all the net income calculated by the company, should be distributed as a dividend to shareholders. Thus, pending the new deadline for deciding on the earmarking of companies' results, the uncertainties in each sector may not yet allow for an estimation of expected losses for the purpose of forming contingency reserves and, therefore, the use of such reserves may not be the most appropriate for what is currently proposed.

The profit retention reserve, on the other hand, allows the company to retain a portion of net profits, provided that a capital budget justifying the retention is approved at a general meeting. Normally, the objective of this retention is to cope with some project or investment that should be described and provided for in the capital budget. This reserve, however, cannot be approved to the detriment of distribution of the mandatory dividend referred to in article 202 of the Brazilian Corporations Law. In this sense, article 198 of the law provides that “the earmarking of profits to create the reserves referred to in article 194 and the retention of the terms of article 196 may not be approved, in each fiscal year, to the detriment of distribution of the mandatory dividend." It is worth mentioning that the profit retention reserve can only be used after the distribution of dividends, which would make it impossible to use such reserve to retain a dividend that would be distributed to shareholders.

On the other hand, the alternative of the special reserve provided for in paragraphs 4 and 5 of article 202 of the Brazilian Corporations Law may be a viable alternative for companies wishing to retain the amount of profits that would be earmarked for distribution of dividends. This reserve establishes retention of a portion of the adjusted net income of the company reserved for the distribution of the mandatory dividend to its shareholders, provided that the financial condition of the company is incompatible with distribution thereof.

In this sense, article 202, in its paragraphs 4 and 5, allows the company to refrain from distributing the mandatory dividend if it considers it to be incompatible with its financial situation, in the following terms: "the dividend provided for in this article shall not be mandatory in the fiscal year in which the management bodies inform the ordinary general meeting that it is incompatible with the financial situation of the company.”

Next, the article provides that the audit committee, if in operation, shall give an opinion on such information and, in publicly-held companies, the management shall submit to the Brazilian Securities and Exchange Commission (CVM) an explanatory memorandum within five days of the general meeting. The standard also states that profits that are not distributed will be recorded as a special reserve and must be paid as dividends when the financial condition of the company permits and if they are not absorbed by losses in subsequent years.

The withholding of dividends mentioned does not apply to holders of preferred shares with fixed or minimum dividends, in accordance with article 203 of the Brazilian Corporations Law.

As one sees, the creation of a special reserve is an exceptional situation and should be used with caution by the company's executives, since it may raise questions from minority shareholders unhappy with the retention. On the other hand, considering the exceptionality of the situation the companies are experiencing due to the coronavirus pandemic, we believe that companies can suspend the payment of minimum compulsory dividends on the basis of creation of special reserves, but in the meantime they must justify in detail to the general meeting the causes and justifications that led them to adopt the measure, which, it must be repeated, must be considered exceptional.

Accordingly, companies should make sure that there are sound arguments to justify that the pandemic situation will cause a material deterioration in cash position or other equally relevant facts that will prevent them from declaring the dividends to which shareholders are entitled.

As an alternative for companies that do not wish to resort to retention based on the special reserve when the ordinary general meeting is held, due to the fact that they are not yet aware of the extent and the effects of the current crisis on their results, CVM's board (PA CVM No. RJ 2003/12233) has already opined to the effect of considering regular resolution by the meeting that approved the suspension of payment of dividends previously declared. In that precedent, the dividends were declared at an ordinary general meeting and were to be paid by the end of the fiscal year in which they were declared, in accordance with article However, considering that the financial situation of the company in question deteriorated between the date of declaration of such dividends and the date of their actual payment, the company opted to hold a new general meeting to resolve on the suspension of payment of dividends previously declared, based on article 205, paragraph 3, of the Brazilian Corporations Law. 202, paragraphs 4 and 5, which was considered valid by CVM's board.

This could be an alternative for companies that prefer to wait until the end of the year to ascertain the effects of the crisis on their financial results. In this situation, it should be repeated, companies should provide a suitable justification for the reasons that led them to suspend payments already declared.

In any case, the validity of the retention of the minimum mandatory dividend to form a special reserve requires that certain precautions be taken by companies, among which we highlight:

The decision to withhold the minimum mandatory dividend or suspend payment thereof shall be reported to CVM, pursuant to article 202, paragraph 4, of the Brazilian Corporations Law, and disclosed as a material fact for the purposes of CVM Instruction No. 358/02, as already stated by CVM in PAS No. 03/02: "the non-payment of a mandatory dividend on the scheduled date constitutes a material fact, under the terms of the laws and regulations in force and the failure to disclose it, without any justification, gives rise to liability."

Recently, some companies have preferred to make accounting provisions to cope with the effects of any economic crisis generated by the covid-19 pandemic. On this point, it is important to clarify that accounting provisions, unlike the formation of reserves or retention of profits dealt with in this article, impact the company's own results, which may prove detrimental to the issuer.