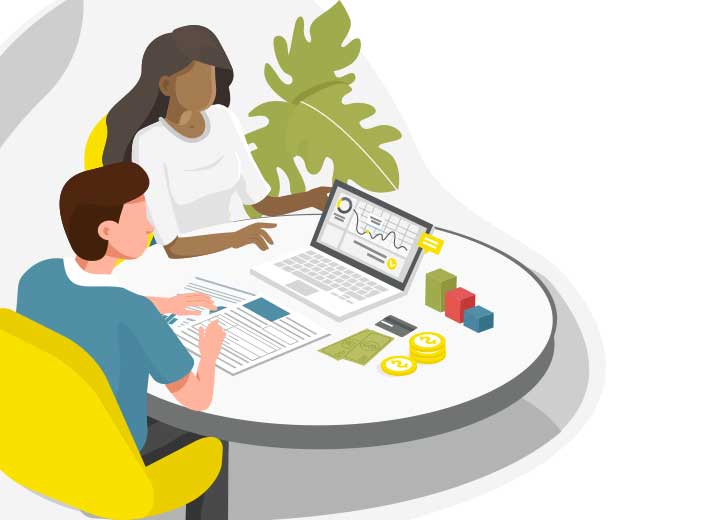 Implications of the Economic Freedom Law for corporate law

In order to make these measures viable, specific rules and laws (including the Civil Code) were also amended, the nature and purpose of which directly affect corporate law and, consequently, the form and conduct of business by entrepreneurs in Brazil.

However, neither of these two corporate types really met the needs of entrepreneurs in Brazil. The limited company, by its nature, required at least two partners in its membership. According to data from 2014,[1] 85.7% of limited companies in Brazil had only two partners. The survey does not report, but a simple observation of the market shows that, in the vast majority of limited companies, the second partner holds a merely symbolic interest, such as 0.1% of the capital stock, just to satisfy the rule of a plurality of partners.

Eirelis, in turn, as the name implies, are formed by only one person, but represent a vehicle little used in Brazil, as they are required by law to pay in capital of at least one hundred minimum wages (currently, R$ 99,800) at the time of their organization. That is, by trying to solve the problem of plurality of partners with an Eireli, the legislator ended up creating a financial barrier for the vast majority of small businesses in Brazil, which, according to data released by Sebrae in 2018,[2] represent almost 99% of enterprises, split between micro and small businesses, a significant portion, therefore.

With the creation of a sole proprietorship, the incorporation of a limited liability company by a single person is now permitted, without the requirement of minimum or maximum capital, pursuant to article 1,052 of the Civil Code.

Another long desired measure concerns piercing of the corporate veil. In companies in which the assets of the partners and the company are divided, with the limitation of their liability vis-à-vis third parties (as in limited companies, for example), the law provides that the corporate veil of the company is pierced when it is subjected to abuse by officers and directors and/or partners, such that they are held liable for the obligations of the company.

This piercing of the corporate veil is due “in cases of abuse of legal personality, characterized by misuse of purpose, or mixing of assets.” Since the Civil Code does not specify what constitutes misuse of purpose or mixing of assets, legal scholarship and case law have been assigned the task of defining such concepts over the years. In addition, by providing that piercing the corporate veil is due in order that “the effects of certain and determined relations of obligations of the company be extended to the private property of the officers and directors or partners of the legal entity,” the legislature ended up leaving sufficient room for partners and officers and directors who had nothing to do with the abusive act to be held liable as well, like minority partners with no power of management, for example.

Therefore, the innovation brought in by the Economic Freedom Law is praiseworthy, which amended article 50 of the Civil Code in order to restrict its interpretation. With the new wording, it was specified that piercing of the corporate veil must occur in order to reach the private assets of officers and directors or partners of the legal entity who "benefited directly or indirectly from the abuse." The concepts of “misuse of purpose” and “mixing of assets” were also defined in order to ensure equitable treatment of the matter before the various courts of Brazil and greater legal certainty for the Brazilian business environment.

In addition to setting clearer parameters for the application of piercing of the corporate veil, the Economic Freedom Law sought to clarify that it may only be applied on an exceptional basis and that the mere existence of an economic group does not authorize application thereof. The new law also elevated the principle of the equity autonomy of legal entities as a lawful instrument of risk allocation and segregation. In a previous article on this portal, the new rules for piercing of the corporate veil are addressed in more depth.

With the Economic Freedom Law, the interpretation of business contracts must comply with new rules, which value more what was agreed upon between the parties (pacta sunt servanda). This gives the parties greater autonomy to freely agree upon rules of construction to the detriment of legal stipulations in order to impose certain limits on judicial intervention in the construction of such contracts.

According to some principles stipulated by the new law, the construction of the contract must take into account the meaning that:

It is also defined that, in private contractual relations, the principle of minimum State intervention and the exceptionality of blue penciling shall prevail, thus assuming symmetry and balance in civil and business contracts until proven otherwise. It is also ensured that the risk allocation defined by the parties must be respected and observed.

With these changes, doubts regarding the constructions of civil and commercial contracts in the light of applicable laws, which previously could have the effect of restricting the entrepreneur's freedom of contract, will now be guided by more objective criteria, given the greater autonomy of the parties at the time of drafting of the document. The change will avoid often unfavorable interpretations of ambiguous meanings or those not provided for by law.

Following the recent wave of modernization of the State and digitization of data and information, the Economic Freedom Law also states that public or private documents may be stored in electronic media, in which case they will have the same probative value as physical documents for all legal purposes and to prove any act of public law. The originals of such documents may even be destroyed after their digitalization, provided that the integrity of the digital document is verified, under terms that will be established in a regulation to be promulgated by the federal government.

The Law of Public Registration of Mercantile Companies (Law No. 8,934/94) was also amended in order to ensure greater speed and efficiency in the incorporation and termination of companies and in the registration and filing of corporate acts. Boards of trade must now review and record such acts within specific time frames, as otherwise they will be considered filed.

Upon establishing that acts, documents, and statements containing mere registration information must be automatically registered if it is possible to obtain them from other databases available from public agencies, the law created the system for automatic registration of information, thus transferring from the individual to the State part of the burden of maintaining registration data up to date.

Another long-awaited change was the permission for limited companies to issue debentures (securities) via private offerings, currently the exclusive right of corporations. It had been included in the text of Executive Order No. 881/19 in the mixed committee of Congress, but was removed from the legal text by the Chamber of Deputies. It is hoped that the topic will be discussed again by the Legislature, given the positive impact it can have on the Brazilian capital markets.

The main beneficiaries of the simplification and cutting of the red tape brought about by the Economic Freedom Law should be small businesses (including startups), which will likely have an impact on job creation over the years. The measures also create an environment more conducive for innovation and business, which may boost the economy and contribute to making Brazil more competitive on the international stage. 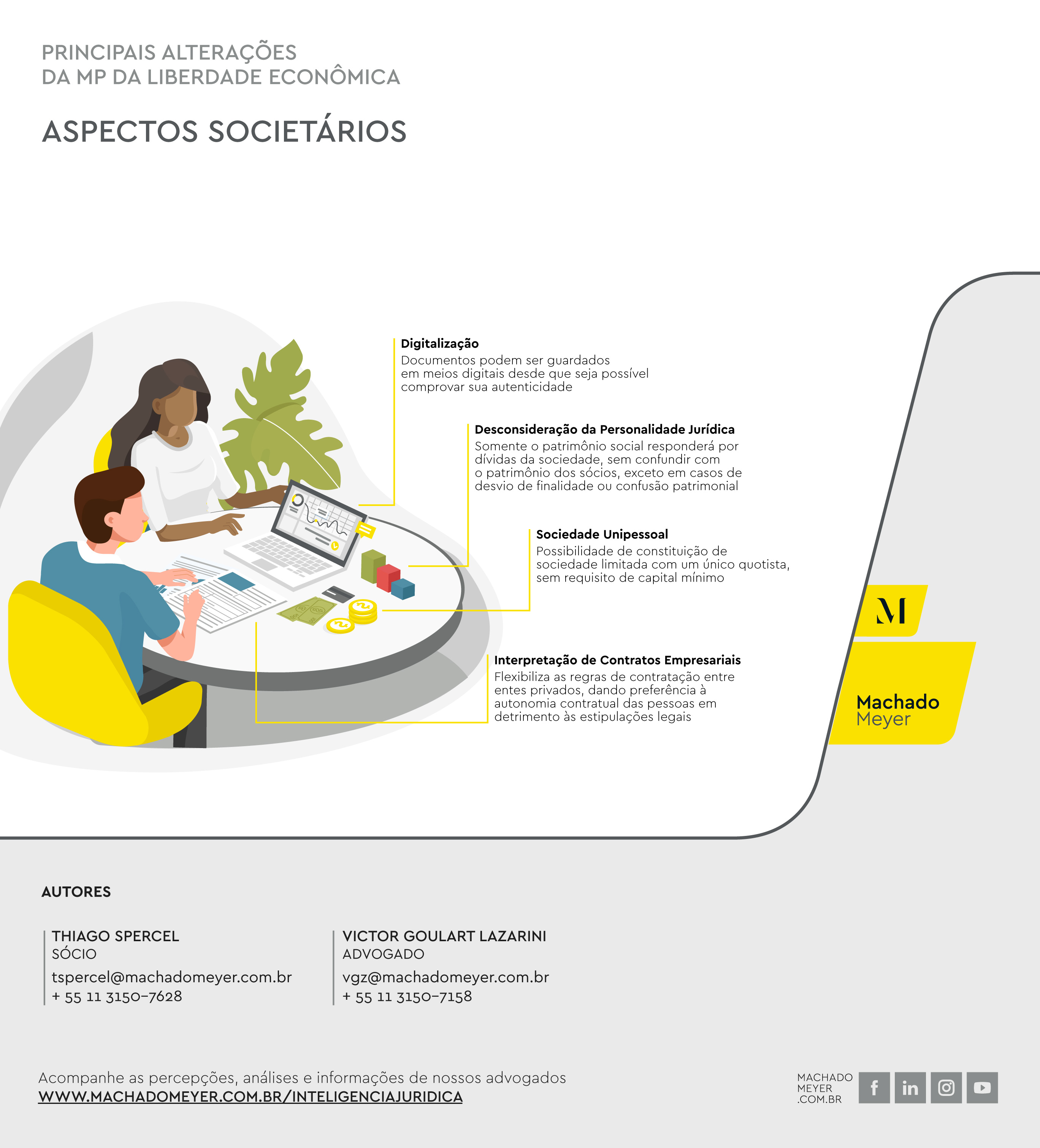