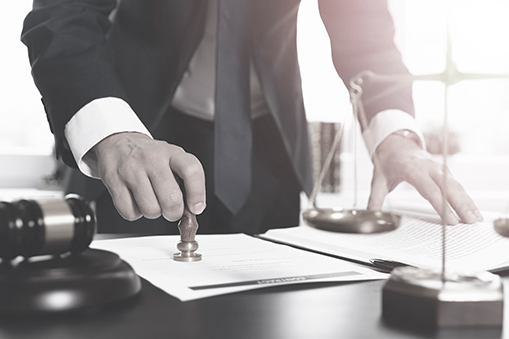 Judicial reorganization of non-profit associations: the recent decision by the Rio de Janeiro Court of Appeals in the Cândido Mendes University case

On September 2, the Rio de Janeiro Court of Appeals confirmed a judgment by the business court of that state that had granted a request for judicial reorganization filed by the Cândido Mendes Institute, a civil association that maintains the Cândido Mendes University, which has over 12,000 students and 1,000 professors and employees.

It so happens that, often, these economic agents organize themselves as companies, coordinating production factors and placing goods and services on the market. What would be the situation of some charitable hospitals, non-profit educational entities, or football clubs that adopt the legal structure of non-profit associations, but are in fact true companies from the economic point of view, seeking profit, economic sustainability, and asset growth, even if they do not share the profit among partners?

In the case of the Cândido Mendes Institute and so many other business associations, the first two elements are easy to identify, lacking only the profitable nature of the business in order be to characterized as a business entity. However, these entities could be seen as associations with economic purposes: although they are prohibited from distributing profits to partners, they act as economic agents that compete in the market to generate financial gains and expand their assets. Thus, it is possible to distinguish two types of associations: (i) those that carry out business and operate in the market aiming at enlargement of their asset, generating financial gains to be fully reverted to the entity itself, without distribution of profits to the partners, and (ii) those that aim at providing advantages to their members, without a monetary nature (such as a neighborhood association or a parents' and students' association at a school). The first type of association may, under certain circumstances, engage in business activity.

Thus, although there are important voices to the contrary,[1] according to some legal scholars,[2] it would be possible to follow a broad reading of article 1 of the Business Reorganization Law, to extend the application of said law to cooperatives and associations with economic purposes, which carry out activities of production or circulation of goods or services, with clear generation of wealth (economic motive). This broad reading is said to be justified on the basis of a systematic interpretation of the Business Reorganization Law, since its article 47 establishes the objectives and guiding principles of judicial reorganization: “to make it possible to overcome a situation of economic and financial crisis on the part of the debtor, in order to allow maintenance of the source of production, employment of workers, and the interests of creditors , thus promoting the preservation of the company, its social function, and the stimulus to economic activity.”

In requesting its judicial reorganization, the Cândido Mendes Institute has set important precedents for granting application of the Business Reorganization Law and judicial reorganization to the following non-profit associations: in Rio Grande do Sul, the University of Cruz Alta (2005) and the Lutheran Association of Brazil (2019), and in Rio de Janeiro, the Casa de Portugal Hospital (2006).

We know that certainty and legal certainty are two fundamental pillars for business law. Economic agents depend on clear rules, applied in a predictable and uniform manner by the Judiciary, so that they can calculate their risks and make their economic decisions. In this sense, it does not seem prudent to us that the system of bankruptcy and judicial reorganization should be applied to business associations simply on the basis of an extensive interpretation of article 1 of the Business Reorganization Law, causing divergences among the legal scholars and case law. That would bring about a lot of instability to the system.

Taking advantage of the fact that the issue is being debated in the Brazilian Congress, it seems advisable that the Business Reorganization Law be amended to clearly provide for the applicability (or not) of the system of bankruptcy and judicial reorganization for other economic agents that have business activity, even if they do not fit within the classification of business companies. Without such a change, broad interpretations can create legal uncertainty in the market, especially for lenders in the credit market, which can ultimately raise the cost of capital for third sector entities.