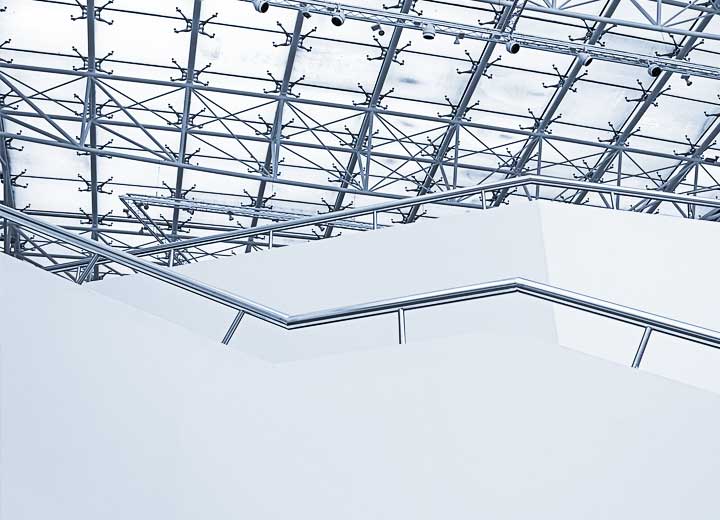 Does the São Paulo State tax authority have jurisdiction to disregard acts and legal transactions in order to create an ICMS tax debt?

A topic has been provoking debates in the administrative tax sphere in the State of São Paulo: the drawing up of infraction notices and impositions of fines (AIIM), based on article 84-A of Law No. 6,374/89, to disregard acts and legal transactions carried out by taxpayers.

This legal provision provides for the possibility that the tax authority may "disregard acts or legal transactions carried out for the purpose of concealing the occurrence of the taxable event or the nature of the elements creating the tax obligation."

The tax authorities of the State of São Paulo maintain that article 84-A of Law No. 6,374/89 finds its basis for validity in the provisions contained in article 116, sole paragraph, of the National Tax Code (CTN), also known as the general anti-tax evasion rule .

Article 116 of the CTN was introduced by Complementary Law No. 104, of January 10, 2001 (LC 104/01). Its objective is to reiterate, in the scope of tax law, the illegality of feigned legal transactions, in the following terms:

Article 116 - Except as provided by law to the contrary, the tax triggering event shall be deemed to have occurred and to have its effects apply: (...)  Sole paragraph. The administrative authority may disregard acts or legal transactions carried out for the purpose of concealing the occurrence of the tax triggering event or the nature of the elements creating the tax obligation, subject to the procedures to be established in an ordinary law.

The sole paragraph of article 116 of the CTN is the subject of a Direct Action of Unconstitutionality (ADI No. 2446) by the National Confederation of Commerce. In summary, it is argued that: (i) the provision violates the principle of legality and legal certainty, inasmuch as it enables the administrative authority to disregard legal transactions even though carried out per the terms of the law; (ii) there is a breach of the principle of separation of powers insofar as the administrative authority is authorized to institute and collect taxes in the place of the legislature; (iii) the subject to be legislated is under the purview of private law (article 109 of the CTN), and the tax legislature cannot change it; and (v) at a maximum, the rule set forth in the provision would establish taxation based on the final intention of the transaction, which would lead to the requirement of a tax by analogy, which is forbidden by article 108 of the National Tax Code (CTN). This ADI has been awaiting a decision by the Federal Supreme Court since 2001, and the written opinion is currently yet to be prepared by Justice Carmen Lúcia.

Apart from the debate regarding the constitutionality of this provision, in analyzing literally the norm published in article 116 of the CTN, it is found that it is not self-applicable, as it grants the ordinary law the competence to establish procedures that should be observed by the tax authorities in disregarding acts or legal transactions carried out by taxpayers, a law that does not exist as of the present moment.

This automatic inapplicability of the aforementioned article is reinforced by Opinion No. 1,257/2000 of the Committee on Economic Affairs of the Federal Senate, which, when approving Draft Complementary Law Bill No. 77 (converted into Complementary Law 104/01), expressly stated that the provision inserted in article 116 of the CTN is not self-applicable: "It is important to point out that the measure now being deliberated shall not be self-executing, as it shall depend on an integrating law to set the limits of the prerogative conferred on the Tax Administration." To corroborate this understanding, the Superior Court of Appeals (STJ), in the decision on Special Appeal No. 1,107/518/SC, concluded that it was impossible to reclassify legal acts and transactions, "since article 116, sole paragraph, of the CTN is a rule of limited effectiveness, devoid of a law in order for it to produce effects."

As a result of this scenario, there were numerous attempts by the Executive Power to introduce into the legal system, through Presidential Decrees (such as MP 66/02), the conditions and limits for “reclassification," for tax purposes, of lawful legal transactions. The reaction of the National Congress was immediate and resulted in the non-conversion into law of the articles of MP 66/02 that dealt with the matter. Even so, the tax authorities have been trying to apply principles similar to those of MP 66/02, regardless of whether or not they are provided for in the tax legal system.

Until an ordinary law is issued on the subject, it is not necessary to speak of an anti-tax evasion rule and, consequently, of disregarding of acts or legal transactions carried out by taxpayers on the grounds of dissimulation by any State.

That being the case, until an ordinary law is issued on the subject, it is not necessary to speak of an anti-tax evasion rule and, consequently, of disregarding of acts or legal transactions carried out by taxpayers on the grounds of dissimulation by any State.

In order to disrupt all this discussion and bring more legal uncertainty to taxpayers, some taxing entities, such as the State of São Paulo, considered themselves competent to deal with the matter delegated by the sole paragraph of article 116 of the CTN, probably under the cloak of article 24 of the Federal Constitution.

The rule of the sole paragraph of article 116 is clearly defined as a general rule, as it is inserted within Title II - "Tax Obligations", Chapter II - “Tax Triggering Events", of the National Tax Code. Article 146, III, "b" of the Federal Constitution states that it is incumbent on complementary law to govern "tax liabilities, credits, the statute of limitations, and lapse."

In theory, it would even be possible to support the supplementary jurisdiction of the States to regulate the sole paragraph of article 116 of the National Tax Code (until the eventual occurrence of a federal law on general rules, where the effectiveness of state law would be suspended, in accordance with the fourth paragraph of article 24 of the Federal Constitution). Exclusively from this point of view, article 84-A of Law No. 6,374/89 could, in theory, be found to have some basis for constitutionality.

However, upon examining the wording of that legal provision, it appears that the ordinary legislature went far beyond what was theoretically assigned to it:

"Article 84-A. The tax authority may disregard acts or legal transactions carried out for the purpose of concealing the occurrence of the tax triggering event or the nature of the elements creating the tax obligation. (Article added by Law No. 11,001, of December 21, 2001, São Paulo Official State Gazette of December 22, 2001)"

This article allows the administrative authority to disregard acts or legal transactions carried out for the purpose of concealing the occurrence of the tax triggering event. That is, absolute competence is assigned, and based on entirely subjective criteria, to disregard the legal transactions, which diverges from the command contained in the sole paragraph of article 116 of the CTN.

This is because, even if using supplementary jurisdiction, the direction of the sole paragraph of article 116 of the CTN was to the effect that the ordinary legislator should institute and regulate procedures to be followed by the administrative authority in order to disregard acts or legal transactions carried out for the purpose of concealing the occurrence of the tax triggering event or the nature of the elements creating the tax obligation.

In our opinion, if neither the CTN, which is a complementary law by nature and has exclusive authorization from the Federal Constitution to provide general rules on taxation, has conferred on the administrative authority the competence to disregard legal transactions without a law that establishes procedures in this regard, a state law could not do so. That is, the ordinary legislator has assigned solely and only the competence to define the procedures to carry out the act of initiation which may disregard acts or legal transactions. Such an assertion is even more robust if the supplementary competence of the state legislature for this purpose is considered acceptable.

Although the legal provision that is the subject of this debate has existed in São Paulo legislation since 2001, it has seen little practical use by the administrative authorities in carrying out tax assessments. However, more recently, we noted the issuance of infraction notices based on article 84-A in order to disregard an act or legal transaction validly implemented and demand ICMS over the transaction understood as effectively carried out.

In our opinion, assessments by the São Paulo tax authorities based on article 84-A of Law No. 6,374/89 are clearly illegal and, sooner or later, will be definitively canceled because they are based on an invalid provision, thus jeopardizing the pillars of tax law, such as compliance with the principle of strict legality and the guarantee of legal security and certainty of the law.