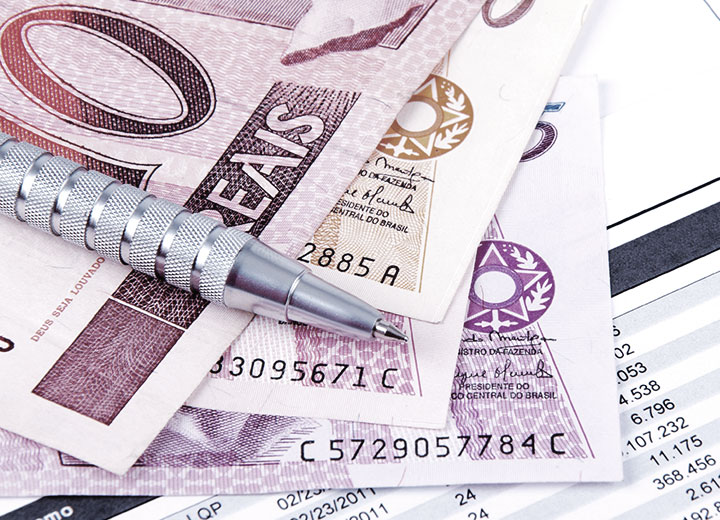 Exclusion of the ICMS from the PIS/Cofins basis: controversy over when to tax credits recognized in court

Since the STF settled the theory that the ICMS tax is not included in the taxable base for the levy of the PIS and Cofins, in the judgment of Extraordinary Appeal (RE) No. 574,706, many taxpayers had a definitive resolution in their individual cases on the topic, which gave room to new controverted issues. One of the most relevant controversies, due to the cash effects found, concerns when to tax by the IRPJ and CSLL the amount of credits recognized in court and which will be subject to administrative offsetting.

The matter is controversial because it is impacted by different relevant events: (a) the final judgment on the individual lawsuit filed by the taxpayer; (b) the effective measurement of credits by the taxpayer and the accounting recognition of recoverable amounts as an asset, in consideration for revenue; (c) the qualification of credits with the Brazilian Federal Revenue (RFB) as a condition for performing the offsetting; (d) the effective offsetting of credits with other federal taxes, as regulated by the Federal Revenue Service; and (e) the ratification of the compensation by the Federal Revenue Service.

In practical terms, the levy of the IRPJ and CSLL taxes presupposes the right of the taxpayer to freely dispose of the amount of the credits, without depending on an act by a third party. For many, mere recognition of the right to a credit now discussed seems to not ensure this availability, since it represents only a right to demand of the debtor the provision of that return.

The final and unappealable decision recognizing the taxpayer's right to a credit is the first step towards the acquisition of legal availability of the income, one of the events that could trigger the taxable event of the IRPJ and CSLL taxes. The concept of a “first step” is relevant because, although the taxpayer has, with the final judgment, an absolute and unconditional right to the credit, in most cases at that time there is no quantification of the right that was recognized.

In general, the final decisions on applications for mandamus filed by taxpayers seeking to exclude the ICMS from the PIS and Cofins tax calculation bases are illiquid (they do not fix the amount to be recovered). For this reason, for the purpose of accounting for the value of the credits, their liquidity must be determined, which is normally done unilaterally by the taxpayer based on best estimates, as provided for by accounting standards.

The Federal Revenue Service has already expressed the understanding that it is at the moment of the final judicial decision that the credits become taxable IRPJ and CSLL income (resolution of consultation No. 106/10, 232/07, and 233/07). However, there is no clear indication within those rules whether the final judgments already quantified the amount of the credits, i.e., whether the decisions were fixed or unfixed amounts.

From another perspective, it is possible to argue that the final and unappealable judgment is not the appropriate moment for the levying of the IRPJ and CSLL taxes, because the party has not even defined whether it will proceed with restitution via offsetting or by court-issued registered warrant (precatório). On this subject, the case law is settled to the effect that it is the taxpayer's right to choose one way or another (STJ Precedent 461).

If the choice to obtain administrative offsetting is confirmed, it is necessary to register the credits with the Federal Revenue Service, according to the procedures regulated by Normative Instruction No. 1,717/17. At this time, the credit has been measured by the taxpayer, but the tax authorities have not yet responded. Moreover, even with the approval of the request by the tax authorities, there is no agreement on the amount of the credit (article 101, sole paragraph of Normative Instruction 1,717). Along these lines, it may be argued that this unilateral act in relation to the quantum due should not have the effect of making the final judgment reduced to a fixed amount. In fact, as provided for in the rule, the registration is closer to a formal prior verification procedure, equivalent to verifying the conditions of the cause of action, without any examination of the merits.

Specifically with respect to the ICMS credits from the PIS and Cofins tax basis, the Federal Revenue Service has presented various obstacles to refunding them to taxpayers, such as limiting the value of the ICMS to be excluded from the what is actually paid (and not what is highlighted on the invoices) and the intention to limit the understanding settled by the STF to periods prior to Law No. 12,973/14. Accordingly, there are grounds for affirming that the amounts still subject to tax authorities are not fixed and representative of increases in equity.

Another line of interpretation is that the IRPJ and CSLL taxes only apply when taxpayers actually perform the offsetting (transmission of PER/DCOMP), at which time they make use of the credits to which they believe they are entitled. This argument is based on (i) the taxpayer's choice regarding the use of the credit through offsetting and (ii) characteristics inherent to the tax credit, whose power of release is limited by law (such credits may only be used to offset debts relating to federal taxes).

The right to offset only exists when the taxpayer is both creditor and debtor of obligations to the same entity, in this case, the National Treasury. In the record of Resolution of Consultation No. 206/03, the Federal Revenue Service has even stated the understanding that legal and economic availability occurs when the taxpayer effectively receives the tax credit and, in the case of an offset, when it is effectively realized.

Although Law No. 9,430/96 itself determines that the Offset Statement is equivalent to payment, some also follow the understanding that the liquidity of the tax credit, for the purposes of characterizing the legal or economic availability of the income as a chargeable event for the IRPJ and CSLL taxes, occurs only at the time of the ratification of the offset by the RFB.

This is the scenario that entails payment of the tax more distantly from the final judgment and, therefore, it is more desired by the taxpayers and less desired by the tax authorities. And that is exactly what the 6th Court of Rio de Janeiro accepted as the relevant event for tax purposes in the judgment handed down in the record of Application for Mandamus No. 5035622-22.2019.4.02.5101. As prevailed in this case, "only with the ratification of the request for offsetting by the tax authority is it possible to speak of a fixed credit recovered by the applicant, as of the time when the taxable event for the IRPJ and CSLL occurs."

This decision has two positive effects: at the same time that it (i) avoids premature disbursement to pay taxes on the amount of the credit, it (ii) encourages the tax authorities to briefly review the offsets in question by failing to make use of the deadline of five years in that regard. However, we know that the matter is controversial and that this decision, although still subject to appeal, is one of the few that deal with the matter.

All this indicates that, after many years of discussions in the Judiciary to recognize the exclusion of the ICMS from the PIS and Cofins tax calculation bases, the taxpayers will still face extensive discussions regarding the timing of the taxation of these credits by the IRPJ and CSLL.