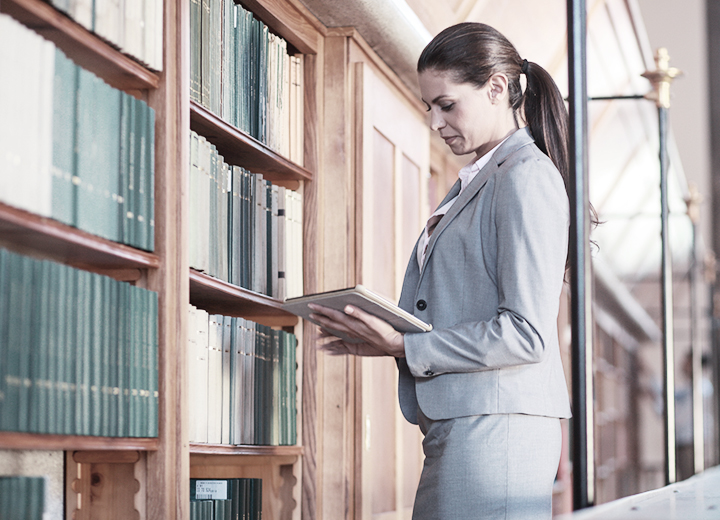 General repercussion and abstraction of trials of extraordinary appeals

Since Constitutional Amendment no. 45/2004 (EC 45/2004) introduced the institute of general repercussion as another formal requirement to allow the trial of extraordinary appeals, the Federal Supreme Court (STF) only reviews a certain constitutional discussion when it has the ability to reach a large number of interested parties, not limited to the parties involved in that case.

The introduction of this new requirement helped to highlight the role of the STF as a constitutional court, not just one more and last level of review that may be appeal to resolve a given dispute.

This does not mean that, before EC 45/2004, the STF had the function of being just one more step in the structure of the Brazilian Judiciary to be traversed before complete exhaustion of all possibilities for appeal established in Brazilian law. The features of the STF as a constitutional court became more evident mainly after the enactment of the Federal Constitution of 1988 and with the creation of the Superior Court of Justice (STJ), through the prescription of strict requirements for certiorari of extraordinary appeals and review of the matter raised.

However, the lack of a requirement such as general repercussion, which reflects the adoption of a new conception of the country's legal system (abstraction of the trial of an extraordinary appeal), allowed many appeals to be brought before the STF on the same subject and, in most cases, of interest to a reduced number of individuals or companies (subjective transcendence).

With the introduction of the new requirement, the intention was to change the way the Court should be understood, from "one more level of appeal" in the structure of the Judiciary to the body competent to settle important constitutional controversies of interest to Brazilian society, not just a small number of interested parties.

The way to assess whether or not the matter raised in a given extraordinary appeal has general repercussion and the effects resulting from that assessment show a change in the Court's actions. Paragraph 3 of article 102 of the Federal Constitution itself provides that admission of extraordinary appeals is conditioned to prior assessment of the existence of general repercussion of the matter, and refusal requires a ruling by two thirds of the members of the Court. The procedure to be observed in the analysis of the existence of general repercussion is governed by the STF’s internal rules. In general terms, after the extraordinary appeal is assigned, the Justice writing for the Court will conduct a review and present his opinion, which will be submitted to the other Justices (currently in virtual environment) for a decision.

Once the STF has recognized that there is a general repercussion, the specific matter that will be reviewed by the Court is identified. As a result, the other courts will have to stay the progress of new extraordinary appeals filed on the same subject. Although paragraph 5 of article 1,035 of the CPC/2015 provides that all cases that raise an issue considered of general repercussion in progress in Brazilian territory must have their processing suspended, we believe that the most consistent position with the principles of procedural celerity and effectiveness of judicial relief is a stay of the proceeding after, and if any, the filing of an extraordinary appeal with the lower court.

With the adoption of this measure, it is ensured that, after the completion of the trial before the STF, the prevailing position can be applied to the other cases that deal with the issue quickly and without the possibility of filing new appeals that would only have the effect of unduly delaying the final and unappealable trial.

It follows, therefore, that with the recognition of the general repercussion of a matter, there is a detachment from the review of the subject of the trial of the specific case that made possible the arrival of the matter before the Court. In other words, recognizing the general repercussion, the STF submits the matter for consideration and to a great extent, as occurs in the trial of an lawsuit in concentrated and abstract control of constitutionality.

As a result, the STF will first decide on the constitutional issue that had general repercussion recognized, not limiting itself to the grounds set forth in the appeal submitted. The Court may also receive contributions from representative entities (amici curiae) with notorious knowledge on the subject. After the conclusion of the trial, the understanding reached to resolve the individual case will be applied. This is confirmed by the provisions of article 988, sole paragraph, of the CPC, which provides that, even if the party withdraws its appeal, matters with recognized general repercussion will be assessed by the STF.

This new model for trial of appeals is called abstraction of the trial of one-off extraordinary appeals. It deals with topics of great interest, separating the review of the theory itself and the consequent application of the understanding to the specific case that made its arrival at the STF possible, thus holding great similarity with the review inherent to the abstract and concentrated control of constitutionality.

The effects underlying the decisions rendered under this system are binding on the bodies of the Judiciary, either because, i) once applied by the 2nd level of appeal, they will not admit the filing of a new extraordinary appeal, or because ii) there is a provision for the lodging of a claim against the decision by the 2nd level of appeal that violates the STF's ruling, provided that the right to appeal has been exhausted.

In this order, it is possible to note an important change in the control of constitutionality exercised by the STF in recent years, since decisions handed down in the trial of subjective cases, but according to the system of general repercussion, they now have an effect similar to that arising from abstract and concentrated control.

This new way of viewing the constitutional court's actions stems from the assignment of the so-called transcendent effect to the STF’s decisions controlling diffuse constitutionality, especially when marked by abstraction. In the opinion handed down in the trial on Complaint 4,335, Justice Gilmar Mendes provides relevant support for the understanding of the subject in this new phase of control of constitutionality in Brazil:

The Federal Supreme Court realized that it could not fail to assign legal meaning to declarations of unconstitutionality done in the context of incidental control of constitutionality, and the adjudicatory panels of other Courts were exempted from the duty to submit declarations of unconstitutionality to the Court en banc or special bodies, in the manner set forth in article 97 of the Constitution. There is no doubt that the Court, in this case, ended up recognizing transcendent legal effect its decision. Although the grounds for this understanding refer to a breach of the presumption of constitutionality, it is true that the Supreme Court's guidance ended up giving its decision something like binding effect, regardless of the Senate's intervention. This understanding is now enshrined in the civil procedural law itself (Code of Civil Procedure, article 481, sole paragraph, final part, as amended by Law No. 9756, of December 17, 1998).

This is the guideline that seems to prevail over the understanding that deems as dispensable the application of article 97 of the Constitution by the lower Courts, if the Supreme Court has already declared the law unconstitutional, even incidentally.

In any case, the identical nature of control of constitutionality, as to its purposes and the dominant common procedures for the diffuse and concentrated models, no longer seems to legitimize the distinction as to the effects of the decisions entered in direct control and incidental control.

Only this new understanding seems able to explain the fact that the Court has come to recognize general effects for decisions handed down in the context of incidental control, regardless of the intervention of the Senate. The same should be said of the various legislative decisions that recognize transcendent effect for the decisions by the STF issued in the context of diffuse control.

Therefore, we conclude that the requirement of general repercussion as an additional element to be verified for extraordinary appeals to be granted certiorari by the STF, in addition to making the Court's review of the constitutional matter more challenging, by requiring that the decision to be rendered reach a large number of interested parties, contributes to the abstraction of the control of diffuse and concrete constitutionality.

At a time that requires the adoption of mechanisms to give more effectiveness to the STF’s decisions and provide legal certainty and equal protection to litigants who have identical matters in debate, concepts such as general repercussion and the mark of the abstraction of trials according to this proceeding deserve praise.