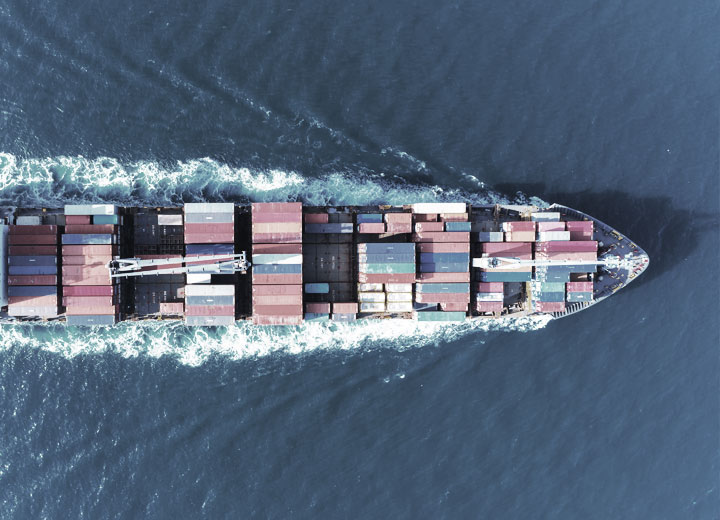 In a change of position, the Superior Court of Justice (STJ) ruled that it is possible to include the cost of wharfage services (loading, unloading, and handling of goods) in the customs value for the purposes of the import duties calculation base (II).[1] The decision was reached on March 1 by the 1st Section of the STJ by majority vote and in the context of a decision adjudicating multiple repetitive appeals on the same issue. The previous understanding, until then settled by both panels making up the 1st Section (1st and 2nd), was favorable to taxpayers, i.e., it did not include wharfage services in the customs value.[2]

In summary, this time the understanding set out in the dissenting opinion of Justice Francisco Falcão prevailed (with Justices Herman Benjamin, Og Fernandes, Sérgio Kukina, and Napoleão Nunes concurring),[3] to the effect that wharfage services provided inside the port, airport, or customs area should be maintained in the calculation base for II, on the grounds that this conclusion is drawn from a joint analysis of articles 77 and 79 of Decree No. 6,759/09 (which enacted the Customs Regulation).

More specifically, the winning argument found that, according to these provisions of the decree, wharfage services would be included in the concept of customs value, since such activities (loading, unloading, handling, among others) would be performed both inside the port and at the customs border point, being, therefore, within the scenarios provided for in article 77 of the Customs Regulations.

According to article 2 of Decree-Law No. 37/66 (as amended by Decree-Law No. 2.472/88), the customs value, which is the calculation base for II, is established in accordance with the rules of article 7 of the General Agreement on Tariffs and Trade (Gatt), better known as the Customs Valuation Agreement (AVA).

The AVA is mandatory for all member countries of the World Trade Organization (WTO), as is the case of Brazil, and was internalized in our legal system by Decree No. 1,355/94. The internalization was done precisely to avoid the exacerbated protectionism of Brazilian products over imported ones and to establish a market balance.

In short summary, the customs valuation agreement establishes the parameters that must be observed in order to determine the value of the imported products, which will be used as a calculation base for the taxes levied on imports. Thus, the AVA rules must be applied to all goods subject to import clearance in Brazil. This is exactly what article 76 itself of the Customs Regulations states.

In view of this, what is understood to be the customs value is relevant for the purposes of identifying the calculation base of II. This discussion is not recent: it has already been the subject of review in other important judgments, such as the one conducted by the Federal Supreme Court (STF) in the judgment on the unconstitutionality of the PIS/Cofins-Import calculation base, provided for by article 7, I, of Law No. 7,865/04, especially in the part that added the amount of the ICMS tax to the calculation basis of these contributions (RE 559.937/RS).

At the time of this judgment, faced with the necessary analysis of the concept of customs value, the STF found that the concept adopted by the Federal Constitution, considering the internalization of the international rules on the subject, is exactly what is defined in the AVA, i.e., what is provided for in its article 7 (Customs Valuation Rules).

This means that any expenditure on wharfage services incurred in unloading and handling the goods at the port of destination after the arrival in Brazil of the imported goods cannot be included in the customs value. It is very clear in the AVA that only the expenses with loading, unloading, and handling of the imported goods until the bonded port can be computed in the customs value, an understanding that, in the end, was settled by the STF.

In clear contradiction to the provisions of the AVA, however, the Brazilian Federal Revenue Service (RFB) issued Normative Instruction No. 327/03 (IN 327/03), which establishes rules and procedures for the declaration and control of the customs value of imported goods. According to the rule, the expenses related to loading, unloading, and handling associated with the transportation of imported goods in Brazilian territory must be included in the customs value.

In view of this, because they believe that the provisions of IN 327/03 violate the terms of the AVA, with regard to the possibility of including the cost of the wharfage service in the customs value even when such expenditure occurred outside the limits of the customs port, the taxpayers resorted to the Judiciary. After years of struggle with the Attorney General of the National Treasury (PGFN), the issue had finally been settled by the STJ, which concluded that inclusion was illegal. As a result, all taxpayers who litigated the subject began to exclude expenditure on wharfage fees from customs valuation for the purpose of collecting the import duties.

To everyone's surprise, however, an issue for which there was no longer any discussion gained new attention with the judgment handed down last March 11, when the 1st Section of the STJ found exactly the opposite of what had been defined more than three years ago, so as to reverse the scenario that had been favorable to taxpayers until then, by granting the appeals filed by the PGFN.

The change in the STJ's settled stand ends up going against the very concept of customs value set forth in the AVA (which overlaps with the Brazil's domestic laws) and ratified by the STF. The interpretation given to articles 77 and 79 of the Customs Regulations is simply not in line with the AVA itself.

In addition, the change in understanding undermines the principle of legal certainty, the pillar of the rule of law, and leads litigants to distrust the Judiciary. This breakdown in legal certainty entails serious damage to Brazil, since the requirement for reliability of the decisions handed down has not been met. It is an element that tends to increase the risk of doing business in Brazil and drive away foreign investors.

And what is worse: as the judgment issued by the 1st Section of the STJ took place in the context of an appeal under the procedure for deciding multiple appeals with similar issues, it must be observed by all judges and courts in Brazil, with immediate application to all cases that have the same ongoing discussion, as determined in articles 926 and 927 of the Code of Civil Procedure of 2015.

We need to await publication of the judgment, but, in principle, it is possible that this issue will be reviewed again, now by the STF, especially in the light of article 153, I, of the Federal Constitution of 1988, combined with the AVA itself, as occurred with RE 559.937/RS, mentioned above.

All taxpayers that already had favorable decisions in their cases still in progress in the courts will suffer from the reversal of the STJ’s position. We will not address here possible questions on the part of the PGFN as to final judgments that might have been handed down in closed cases for some taxpayers. This "thorny" issue deserves to be addressed in another article.

In practice, it is not known how the newly decided issue will be dealt with in relation to the past, since there was no debate in the judgment handed down by the 1st Section of the STJ regarding potential softening of the effects of the decision. In our understanding, and so that legal certainty is not further compromised, this softening, if it occurs, should only have prospective application.

[3] Justices Gurgel de Faria, Regina Helena Costa, Assusete Magalhães, and Mauro Campbell dissented. They found that wharfage expenses should not be included in the customs value, which makes up the calculation base for import duties.