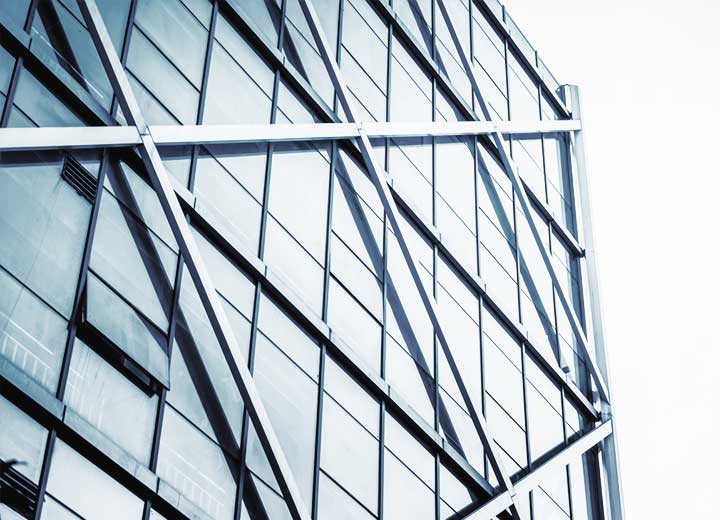 Law No. 13,655/2018, published in early 2018, included new general principles in the Law of Introduction to the Norms of Brazilian Law - Lindb (Decree-Law No. 4,657/1942) and since then, much has been said about the applicability of the changes in all areas of law, especially tax law.

This is because one of the amendments, promoted by article 24, provides that "review, in the administrative, oversight, or judicial spheres, of the validity of an act, contract, agreement, process, or administrative rule whose production has already been completed shall take into account the general guidelines of the time, it being thus forbidden to, based on later change in a general guideline, declare invalid situations already entirely established."

This provision was included in the rule as a new instrument in favor of legal certainty of the system. In the same spirit, the mandate of article 23 came about,[1] which provides that, when an administrative, oversight, or judicial decision addresses the interpretation adopted in relation to an undetermined legal norm, it is the duty of the judge to provide for a transitional system, thus ensuring adequate time for subjects to adapt to the new interpretation.

When the two articles are analyzed together, it is clear that the legislator's intent was to bring in new normative provision that, based on comprehensive and clear wording, guarantee legal certainty to the subjects in all areas of Brazilian law.

This article intends to analyze the scope of the effects brought in by article 24 of Law No. 13,655/2018 and of the argumentative combat inherent to its application in administrative tax procedure.

From an objective interpretation of the provision reviewed, it is noted that its wording establishes that administrative and judicial courts, when carrying out a reassessment of acts performed by private individuals, must take into consideration what the majority guidance given in the period reviewed was. Specifically in the tax context, the issue has frequently been raised by taxpayers in judgments handed down by the Administrative Council of Tax Appeals (Carf)[2] in order to request the cancellation of tax assessments, on the grounds that the taxpayer adopted the guidance in effect at the time.

The Attorney-General of the National Treasury opines in favor of the inapplicability of article 24 of the LINDB in administrative tax procedure. One of the points raised by the Attorney-General's Office is that it is not possible for ordinary law (Law No. 13,655/188) to prescribe general guidelines on tax law, since article 146[3] of the Federal Constitution of 1988 establishes that regulation is within the exclusive competence of complementary laws.

The taxpayer argues that article 146 only applies to special and specific rules of tax law, that is, rules that regulate tax matters such as conflicts of jurisdiction, limitations on the power to tax, and applicability of taxes, among many other issues. The requirement of a complementary law is not unrestricted, that is, for any and all tax law rules. That being the case, rules of public law in general that do not deal with the specific situations of article 146 of the Federal Constitution may not be imposed via ordinary law. Also along these lines, the taxpayer argues that Law No. 13,655/2018 came to regulate the LINDB, which is imposed on the entire legal system, not excluding tax law.

To refute the application of article 24 of the LINDB, the National Treasury affirms that only accounting courts are under its scope, on the justification that the LINDB governs exclusively administrative law.

However, from a reading of the justification of the bill that gave rise to Law No. 13,655/188, one notes that the main concern of the legislator was the fact that, the more the legislation and the State's actions advance, the more legal security recedes due to uncertainty and unpredictability regarding the processes and controls of the Public Administration.

Thus, the main purpose of the legislator was "to include in the Law of Introduction to the Norms of Brazilian Law (Decree-Law No. 4,657/1942) provisions to raise the levels of legal certainty and effectiveness in the creation and application of public law."

Public law, as is well known, encompasses various branches of law, such as constitutional, financial, environmental, social security, and, above all, tax law. Thus, the National Treasury’s interpretation in a restrictive manner that the amendment promoted by Law No. 13,655/2018 would not cover tax matters is unreasonable. The norm introduces general provisions for and on the application of public law, which includes tax law.

Even if there were any doubts about the applicability of article 24 of the LINDB in the analysis of tax issues, professors Carlos Ari Sundefeld and Floriano de Azevedo Marques Neto, authors of the bill that was converted into Law No. 13,655/2018, insisted on clarifying the question once and for all.[4] In articles published on the subject, scholars emphasized that tax law is a branch of public law, the primary application of which is done the Public Administration, being fully subject to articles 20 to 30 of the amended Law of Introduction to the Norms of Brazilian Law.

From there, it is concluded that the applyer of the law, including tax law, must observe the guidelines brought in in the new rule. Regarding the discussion held here, article 24 obliges Carf to confirm the majority rule at the time of the facts during the review, such that, if it is proved that the understanding was favorable to the taxpayer at that time, the levy must be rejected.

Regarding this issue, the National Treasury also states that the law was silent in not determining what the majority case law would be and that, given the structure of Carf and the constant change in the composition of the adjudicatory panel, it would not be possible to determine what the "majority understanding" of the body would be.[5] However, it would not be necessary for legislators to be concerned with establishing what majority case law would be, since the majority is based on common sense, the largest part of the whole.

Nor is the argument valid that the possibility of changing the composition of the adjudicatory panels of the body precludes the implementation of majority case law. Taxpayers have already been successful in demonstrating that some matters had a consistent understanding during a certain period within the Carf,[6] proving the current understanding regardless of change in the composition of the members.

Even in view of these and many other considerations that confront the arguments against the application of the rationale of article 24 of the LINDB to administrative tax procedure, it is verified that the current tendency of the Carf is to rule out its applicability.

The three adjudicatory panels of the Carf’s Superior Chamber, responsible for consolidating the administrative case law of the body, have already ruled in favor of the inapplicability of article 24 of the LINDB, although on different grounds.

The 1st Panel is of the understanding that article 24 of LINDB would not be applicable to the Carf, believing that that body does not exercise the activity of review, but rather of judge.[7] In turn, the 2nd Panel argues that administrative adjudicatory bodies could not determine what the majority position is for the entire Tax Administration.[8] The 3rd Panel was the last one to rule on the subject, expounding an understanding to the effect that the legal text of the instrument refers to review of the validity of an act, process, or norm, and not to review of acts in the sphere of administrative litigation.[9]

The ordinary panels of the Carf, although they do not have settled case law on the controversy, for the most part follow the same tendency, in favor of inapplicability of the provision.

Despite this, taxpayers still have hope. There are already judicial decisions on the matter, such as the judgment[10] conducted by the Court of Appeals of the State of São Paulo (TJSP) in September of 2018, which dismissed a levy done at the time when the case law moved in the opposite direction. In the decision, it was evident that the interpretation regarding the application of article 24 of the LINDB was instrumental in forming the judge’s persuasion.

This indicates the need for the Carf to recognize the guidelines drawn by article 24 of Law No. 13,655/8 and respects the intent of the legislator to preserve legal certainty, at risk of being a dead letter of the law. These are times of change, which will certainly bring more benefits to the legal system.

[1] Article 23.  The administrative, oversight, or judicial decision that establishes a new interpretation or guideline regarding a rule of undetermined content, imposing a new duty or new condition of law, should provide for a transitional system when indispensable for the new duty or condition of law to be complied with proportionally, equitably, and effectively and without prejudice to general interests.

[2] Administrative court of appeals that definitively reviews the validity of tax credits of taxpayers at the federal level, whether individuals or legal entities.

[3] Article 146. The following is incumbent on complementary laws:
I - govern conflicts of jurisdiction, in matters of taxation, between the Federal Government, the States, the Federal District, and the Municipalities;
II - regulate the constitutional limitations on the power to tax;
III - establish general rules in matters of tax legislation, especially on:
(...)

[5]  Except for provisions relating to Carf’s restatements of law, the reproduction of which is obligatory.

[6] For example, the issue of limitation on the percentage of 30% for the offsetting of tax losses or negative calculation bases in merger operations, deductibility of amortization with goodwill, among others.