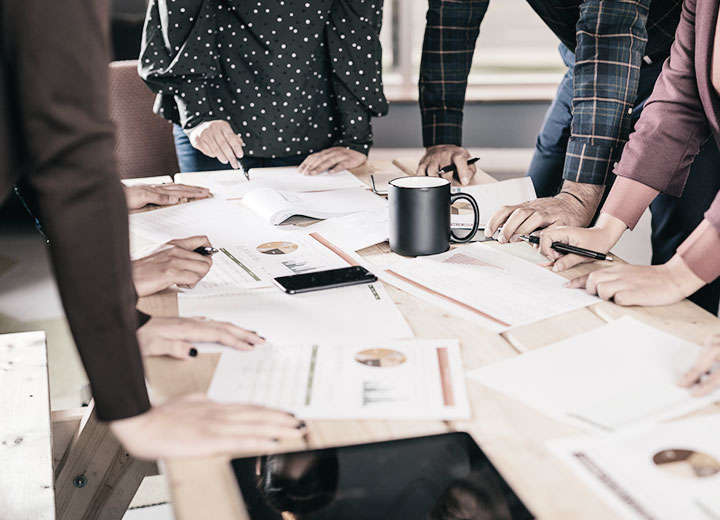 An old and even somewhat forgotten discussion has come to the fore again in recent years. It is the limitation on the taxable base for contributions intended for other entities and funds, commonly called third-party contributions, including Sesi, Senai, Sesc, Senac, Sebrae, Incra, Sescoop, Sest, Senat, and FNDE (education allowance).

The object of the discussion is the validity (or lack thereof) of article 4, sole paragraph, of Law No 6,950/81 - a provision that imposed a limitation on the taxable base for social security contributions and third-party contributions, stipulating that the contribution salary could not exceed the limit of 20 times the highest minimum wage in Brazil.

This is because article 3 of Decree-Law No. 2,318/86 prescribed that the "company's contribution to social security" would not be subject to "the limit of twenty times the minimum wage provided for by article 4 of Law No. 6,950/81."

Taxpayers argue that this decree revoked the application of the limit only for Social Security contributions (the employer's contribution of 20% on payroll) and not for third party contributions (intended for other entities and funds), mentioned in the sole paragraph of article 4 of Law No. 6,950/81.

Considering that article 3 of Decree-Law No. 2,318/86 prohibited application of the limitation only to the company's contribution to Social Security, the theory that the limitation continues to be applied to "quasi tax contributions" destined to other entities and funds is defended.

In our view, article 3 of Decree-Law No. 2,318/86 was not intended to revoke article 4. We explain: the rule did not simply repeal article 4 of Law No 6,950/1981, which could lead to the conclusion that the entire provision - including the single paragraph dealing with the limit on third-party contributions - was repealed.

Article 3 of Decree-Law No. 2,318/86 prescribed that the calculation of the contribution due to Social Security (defined in the head paragraph of article 4 of Law No. 6,950/81) "is not subject to the limit of twenty times the minimum wage." In our opinion, with the promulgation of this article, the limit corresponding to 20 times the highest minimum wage in force in Brazil is no longer applicable to contributions due to Social Security (employer contributions).

We also believe that Decree-Law No. 2,318/86 did not prohibit application of the limit of 20 minimum wages for third party contributions, since it did not provide for the revocation of such limit, as provided for in the sole paragraph of article 4 of Law No. 6,950/81.

In other words, the limitation provided for in the sole paragraph of article 4 of Law No. 6,950/81 remained unchanged: the taxable base for contributions due to other entities and (quasi tax) funds linked to compliance with the limit of 20 minimum wages was maintained.

According to the General Theory of Law, a law is valid, in force, and effective until it is repealed or modified by another, which, as it seems to us, did not occur in the present case. Repeal by a subsequent law may occur in the following manners: (i) express revocation (by express declaration) or (ii) tacit revocation (when the new law is not compatible with the content of the old law dealing with the same matter or when it entirely regulates the matter dealt with in the prior law).

An analysis of the precedents on the matter shows that, within the Superior Court of Courts (STJ), the issue was reviewed in REsp No. 953.742 in 2008. The appeal was decided in favor of taxpayers by the 1st Panel of the STJ's 1st Section. After this judgment, it is also possible to find sole judge decisions handed down by STJ in the same direction favoring taxpayers in 2014, 2017, and 2019. In these decisions, the STJ seems to concur with the taxpayers' arguments, showing that it adheres to the understanding that Decree-Law No. 2,318/86 repealed only the limitation on social security contributions (employer's payroll contribution at the rate of 20%) and not on third-party contributions, mentioned in the sole paragraph of article 4 of Law No. 6,950/1981.

More recently, the First Panel of the STJ reaffirmed this understanding in the judgment of AgInt no REsp 1.570.980/SP, causing positive expectations among taxpayers, especially after the Federal Supreme Court (STF) decided, in the context of an appeal heard due to general repercussion, on the constitutionality of the contribution to INCRA, in accordance with Constitutional Amendment No. 33/01 - another issue related to the legitimacy of assessment of third-party contributions.

But even with the precedents handed down thus far by the STJ, which are mostly favorable to taxpayers, it is not yet possible to state that there is firm case law in their favor, either because of the small number of precedents or because there is no precedent derived from a judgment of a binding nature.

Sensitive to the need for unification of precedents, and also because of the considerable increase in cases involving the matter, the Superior Court of Appeals, on the eve of the judicial recess, bound Special Appeal No. 1,898,532[1] to the system for repetitive appeals (repetitive topic No. 1,079).

This means that the 1st Section of the STJ, the body that brings together the Justices of the 1st and 2nd panels and that deals with tax matters, will review the issue and, in a judgment that will be binding in nature, must definitively resolve the discussion.

In any event, in view of the not yet definitive scenario of the case law on the limitation imposed by article 4, sole paragraph, of Law No. 6,950/81 for determining the taxable base for third-party contributions and while Special Appeal No. 1.898.532 has not been ruled on, there is a high chance of questioning by the tax authorities if the taxpayer, on its own account and without the support of judicial authorization, calculates such contributions based on said limit and/or appropriates credits in connection with any past indebtedness.

The adoption of a more conservative stance - the filing of a lawsuit, for example - deserves to be evaluated, especially considering that the precedents handed down thus far by the STJ seem to be favorable to taxpayers.

In our opinion, this may be relevant to any decision by the bodies of the Judiciary to grant provisional judicial authorization to the taxpayer (via emergency relief or preliminary injunctive relief in an application for mandamus) to ascertain and collect the contributions of third parties based on the application of the limit of the taxable base to the value of 20 minimum wages.

The filing of a lawsuit would also allow interruption of the statute of limitations, such that, at the end of the lawsuit and in the event of success, the taxpayer could achieve recognition of the right to offset/refund of the undue payment made as of the fifth year prior to the filing date.

[1] Civil procedure. Special appeal. Code of civil procedure of 2015. Applicability. Proposal of binding effect as representative of the controversy. Tax. "Quasi tax contributions." Taxable base. Ascertainment. Application of the ceiling of twenty (20) minimum wages. Law No. 6,950/1981 and Decree-Law No. 2,318/1986.1. Delimitation of the question of law at issue: to define whether the limit of twenty (20) minimum wages is applicable to the taxable base of "quasi tax contributions collected on behalf of third parties," in accordance with article 4 of Law No. 6,950/1981, as its text was amended by articles 1 and 3 of Decree-Law No. 2,318/1986. 2. Special appeal submitted to the repetitive appeals system, in joint assignment with REsp n. 1.905.870/PR. (ProAfR no REsp 1898532/CE, opinion drafted by Justice Regina Helena Costa, first section, decided on December 15, 2020, DJe December 18, 2020).