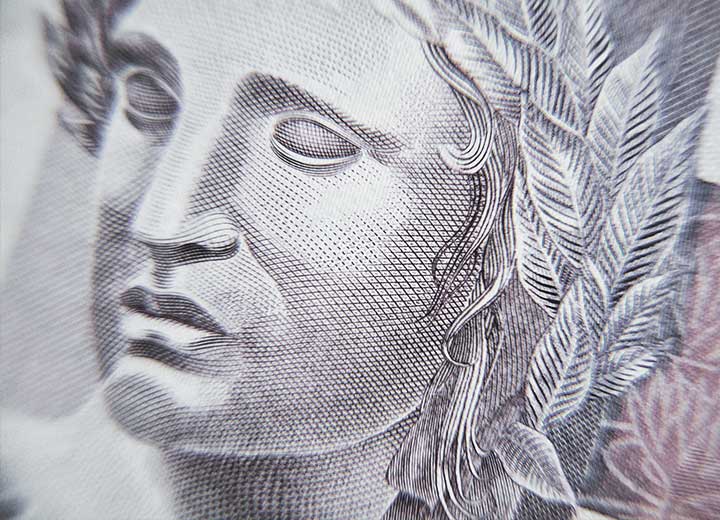 Section 54 of Law n.9,430/96 (Law 9430) provides that legal entities that adopt the presumed profit regime for purposes of corporate income tax (CIT) shall, in the first calculation period in which they are subject to that regime, submit to taxation the balance of the amounts whose taxation was deferred during the adoption of the real profit regime.

The Brazilian Federal Revenue Service (RFB) adopts a very broad interpretation of that provision, applying it virtually to any and all amounts excluded by the taxpayer that should be subject to some kind of control while the taxpayer was subject to the real profit regime - whether in Part B of the Real Profit Book (Lalur) or by any other means.

In our experience, we have noted that, in any inspection procedure involving a company that migrated from the real profit to the presumed profit system, tax authorities tend to demand taxation of the amounts mentioned in the above paragraph in the first quarter in which the company began to opt for the presumed profit system, without necessarily analyzing whether such exclusions refer to amounts that can be subject to taxation, that is, whether they constitute an actual addition to the assets of the taxpayer whose taxation had been deferred as a result of a benefit in the tax laws and regulations. We are even aware of inspections initiated against taxpayers solely because of the migration from the real profit to the presumed profit system.

In our opinion, the application of Section 54 of Law 9430 must be limited to the scope established by Section 43 of the National Tax Code (CTN), which defines the taxable event for the income tax. According to this provision, the income tax has as its taxable event the acquisition of economic or legal availability over income or profits of any nature, the latter being understood as an asset increase not included in the concept of income. Thus, the scenario for levying income tax does not only require the existence of an asset increase, but also requires that these factors be available to the taxpayer.

The requirement of effective availability of income or an asset increase for the levying income tax stems from the principle of taxpayer capacity, which requires the taxpayer to have the means to comply with the tax obligation. Thus, income unavailable to the taxpayer is not subject to the imposition of CIT, since it does not show the entity's ability to contribute with the payment of taxes.

In this sense, an exclusion from net income, per se, does not necessarily indicate a deferment, even if tax laws and regulations require the taxpayer to account for it in specific records for later addition to CIT basis under the real profit regime. In fact, there are many occasions when the taxpayer excludes certain amounts from the computation of CIT basis under the real profit regime and accounts for them simply because, at that first moment, such amounts do not represent available income for the taxpayer. Although registered in the entity’s P&L for accounting purposes, for tax purposes, the amount does not represent an income or asset increase subject to the imposition of CIT.

Therefore, when making the transition from real profit to presumed profit, the company must assess whether: (i) it has made exclusions from its CIT calculation basis under the real profit regime in the past and (ii) whether such exclusions correspond to events deemed as income tax triggering events under Section 43 of the CTN. In our view, the scope of application of Section 54 of Law 9430 may only encompass amounts excluded and accounted for due to a deferment, that is, a postponement of the payment of the tax arising from taxable events that already occurred.

The attempt to apply Section 54 to amounts accounted for and excluded due to the non-occurrence, whether temporary or definitive, of the taxable event violates Section 43 of the CTN. This is the case, for example, of gains from adjustment to fair value (GAFV), the exclusion of which is expressly authorized by tax laws and regulations, provided they are accounted for under a specific sub-account.

For accounting purposes, fair value is defined by CPC Technical Pronouncement No. 46 (CPC 46) as the price that would be received for the sale of an asset in a non-forced transaction between market participants on the measurement date. In such cases, when the legal entity submits its assets to this type of valuation, an income or expense will be recognized in its P&L and may, therefore, contribute to the formation of an accounting profit.

The inclusion of these amounts in the calculation of net income occurs because, from the accounting point of view, they already make up the taxpayer's assets. In fact, accounting sciences aim at demonstrating, for creditors, shareholders, and other stakeholders, the equity situation of the entity through a means that is different from that of the science of law, which is why accounting requires that some items on the balance sheet be subject to periodic self-valuation (or revaluation).

However, tax law adopts a different approach, as indicated by Section 43 of the CTN. The principle of taxpayer capacity requires that the income or asset increase be available to the taxpayer in order to be taxed. In this sense, taxpayers have no economic or legal availability of income resulting from the recognition of GAFV at the time they recognize it on their balance sheet. The adjustment is an estimate of the amount that could be realized under certain conditions, but does not represent an amount that may be demanded from third parties. In other words, no matter the extent to which the GAFV may represent an estimate of the market value of an asset, this adjustment does not have a transactional nature, an essential component to establishing the asset increase required by Section 43 of the CTN.

As there is no taxable event in the recognition of the GAFV, the law itself provides for taxation thereof under the real profit system only when the asset that gave rise to its recognition is disposed of (i.e., sold, depreciated, amortized, written off, etc.). Therefore, since they do not refer to a case of actual tax deferral, we believe that the amounts excluded on this account should not be added to the income tax basis when changing to the presumed profit system. And if the asset that gave rise to the recording of the GAFV is disposed when the taxpayer is subject to the presumed profit, there is nothing to be said of taxation of the GAFV, since Section 25 of Law 9430 expressly provides that the GAFV is neither included the CIT basis, nor is it included the asset acquisition cost for the purposes of calculating capital gains.

Similarly, Transition Tax Regime (RTT) adjustments do not represent income or an asset increase available to the taxpayer either. The RTT was introduced by Law No. 11,941/09 to neutralize the tax effects of new accounting rules, the adoption of which was provided for by Law No. 11,638/07. Thus, taxpayers were obliged to adopt the newest accounting techniques, but when calculating federal taxes, they had to make adjustments so that the tax assessment would comply with the accounting rules previously in force.

In this case, there is also no deferral, but only a process of making differences between the old accounting rules and the new rules established from 2008 onwards compatible. The exclusions, and additions, performed to comply with the RTT were only intended to prevent the new accounting rules from interfering with tax assessments before the law properly regulated the matter. The taxpayer's equity did not increase or decrease due to the new accounting standards. Therefore, income tax on amounts recognized according to these standards is undue.

Therefore, in this case, one also cannot apply Section 54 of Law 9430/96, in view of the non-occurrence of an income tax triggering event at the time of transition from the real to the presumed profit system.[1]

This study does not suggest that Section 54 of Law 9430 is unconstitutional or always ends up violating Section 43 of the CTN. On the contrary, the provision is perfectly applicable to cases in which, in fact, there was a deferral of taxation while the taxpayer was opting for the actual profit regime.

On various occasions, tax law allows taxpayers to pay income tax on certain amounts over time, even if the taxable event associated therewith has already occurred. This is the case, for example, with the possibility of taxation on a cash basis of profits arising from a supply contract with a term higher than 12 months with a governmental entity.

In such cases, the taxable event occurs when the amounts become due by the public entity, even if it does not make the payment to the private party. However, the law authorizes the taxpayer to postpone the payment of the tax until the time when it actually receives the payment.

Another example is the case of a sale of non-current assets in order to receive the price, in whole or in part, after the end of the fiscal year following the deal. In such cases, although, from a legal standpoint, there has already been an actual addition to the taxpayer's assets, the law allows the taxpayer to recognize the gain in proportion to the portion of the price received in each calculation period.

In such cases, one finds a typical case of deferral, to which Section 54 of Law 9430 shall apply if the transition from the actual profit to the presumed profit system occurs.

One sees, therefore, that Section 54 of Law 9430 has its scope of application assured, which, however, should not go beyond the scenarios for application of income tax defined by Section 43 of the CTN so as to reach sums that do not constitute actual income or an asset increase.

[1] Like the rules applicable to GAFV, tax law only provides for taxation of RTT differences when recognized by a company under the actual profit system. Considering the silence of the law regarding the taxation of such differences when recognized by a legal entity under the presumed profit system, it is possible to conclude that the law does not require the tax to be levied in that case.