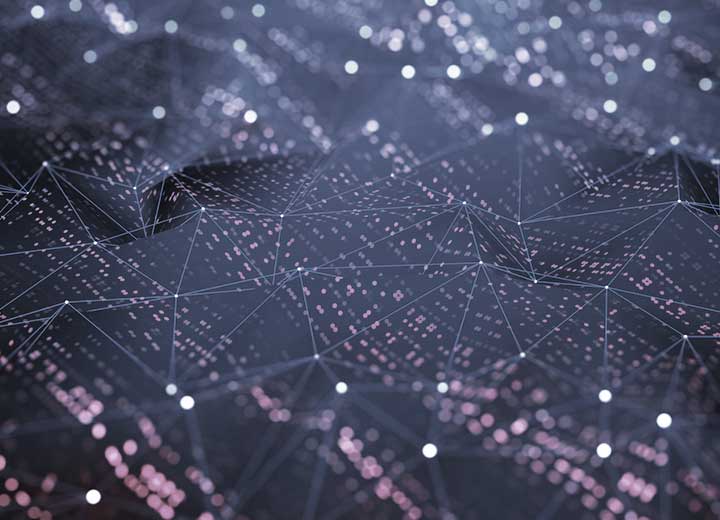 Presidential Decree 881/2019, called the Declaration of Economic Freedom Rights, is organized into five chapters and changes a series of laws, among which the most relevant are the Civil Code and the Brazilian Corporations Law. It has gained repercussion as a bet to catapult entrepreneurship, de-bureaucratize economic activity, and contribute to innovation, freeing startups from some bottlenecks caused by the Public Power.

The first three chapters of the law are the heart of the bill. The first, in addition to linking the Declaration of the Rights of Economic Freedom to the market system enshrined in the Economic and Financial Order of the Constitution, with the primacy of freedom of labor, initiative, and competition, conducts a balancing exercise to cut the limits of the application and extension of the economic rights declared, with an emphasis on tax law and federalism. In addition, the following basic principles are established: (i) presumption of freedom in the exercise of economic activities; (ii) presumption of good faith of private parties; and (iii) minimal and exceptional intervention by the State in the exercise of economic activities.

The second chapter outlines the economic rights of any individual or legal entity for Brazil’s economic growth and development, with emphasis on: (i) freedom of labor, economic activity, and livelihood; (ii) guarantees against undue intervention and unequal treatment provided by the Public Administration; (iii) presumption of good faith; (iv) the right to innovate and test products without the need for release from economic activity; (v) autonomy of the will in the context of legal business affairs; (vi) guarantees of a reasonable length of time in the context of administrative processes, especially those related to the obtaining of authorizations for the exercise of business activities; and (vii) digitization of the filing of documents.

In the third chapter, the rule is directed to the Public Administration in order to specify the duty to avoid the abuse of regulatory power, which includes obligations with respect to free competition and free initiative, to avoid deviation from function, and to observe legal competences.

In addition, MP 881 makes practical changes to specific legislation in order to implement some of the rights enunciated, including changes to the Civil Code (corporate and contractual issues), the Brazilian Corporations Law, and Cadin regulations, among others.

The motivation of economic freedom is noble, and the goal of facing paternalism, bureaucracy, and administrative irrationality is unquestionable, but it should not surprise anyone that the enunciation of economic rights lacks large regulatory innovations. Economic rights are, in reality, a logical consequence of the basic rights and principles of the Federal Constitution, such as the dignity of the human person, freedom of work, the pursuit of full employment, the principles of the public administration, private property, free enterprise, free competition, and other principles of the economic order.

The attentive reader should not have found any great novelty in the list of economic rights, because they are all already in the Federal Constitution and, as such, under normal conditions, this declaration of rights would be completely unnecessary.

But, if we are not in normal times, and in fact the Brazilian State has a structural problem in the observance of constitutional commands in general and predictability and legal certainty in particular, as indeed Brazil does have, would MP 881/2019 be able to do what the Federal Constitution has not done to date?

Skepticism is uncomfortable, but the conclusion that we are dealing with a normative text whose practical effect may be quite limited seems to be required, less perhaps due the ideas that motivated the content of the text (which are the same ones present in our Federal Constitution) and more due to a structural problem of the Brazilian State that, unfortunately, the promulgation of a rule will not be able to resolve.

It is important to say what is fundamental, and what MP 881/2019 ends up condescending to in order to change the status quo: the rule in Brazil is that economic activity in the strict sense does not depend on authorization from the Public Power, by virtue of the provisions of the sole paragraph of article 170 of the Federal Constitution. There are obviously conditionalities, requirements, regulations, but the State cannot, under the pretext of "regulating" economic activity, end up conditioning it on the discretion of the Public Administration and its authorization. It is never too much to remember that this is already so, regardless of MP 881/2019.

The most obvious example is related to municipal permits. This power and duty exists through the legislative competence of the local interest in conjunction with the constitutional dictates of urban politics. But the foundation of this power and duty is related to urban land management and the social function of urban property, not to the regulation of economic activity in the strict sense. Although various municipalities believe they have the prerogative of authorizing (or not authorizing) economic activity in their territory, including approving legislation in this sense, this does not change the constitutional framework. Such laws must be considered unconstitutional and not capable of having effects in the legal system.

Some novelties in the text recognize already established factual situations (such as low-risk economic activities carried out in homes) or lack future regulation and therefore do not have immediate application. While recognizing the importance of improving the business environment, the change seems, in principle, rather timid.

Specifically for startups, two provisions call one’s attention: items VI and VII of article 3. Both seem to point to the creation of a regulatory sandbox, a fashion word that simply means a space for experimenting with new products and services within controlled institutional contexts (both from the point of view of commercial scale and legal consequences).

The legislative innovation is interesting and must be celebrated, but putting it into practice is still uncertain. In addition to the fact that part of it is subject to subsequent regulations, there are controversial points such as the ability to ignore infra-legal norms under certain conditions based on "internationally consolidated technological development." What is the criterion for defining "consolidation"? If it is consolidated, is there innovation? The truth is that changes in the law due to social transformation is not a new subject (it is possible to have legal norms up to the present day, regarding carriages driven via animal traction) and that tension between the established law and social innovation is a healthy part of this transformation process in that there are always losses and gains, benefits and new risks. The fundamental point is that there be fewer legal enunciations and more an attitude on the part of the Public Power to contain its regulatory urge. Frequently, the problem is the inability of the Public Power to receive novelty without wishing immediate intervention, or presuming that actors engaged in innovation are disturbing the order. Unfortunately, legal texts alone are not able to change mentalities and postures, as indeed we are tired of seeing.

On the other hand, there are more structuring initiatives to support startups that are not included on this menu. The chronic problem of legal certainty in the tax field (caused not only by the labyrinth of laws, but also by the inconstancy of the authorities in interpretative changes that produce retroactive effects) and the creation of exceptions in the labor and consumer context (that allow for a better control of the contingencies, responsibilities, and costs) seem to be more effective measures to foster innovation. They would benefit not only startups, but also small and medium-sized businesses.

There are advances in MP 881/2019. At the very least, it is an acknowledgment from the public authority itself that the Public Power’s mindset and ways of acting are not in the right places. From a practical point of view, however, it will still be necessary to await supplementary regulations and the actual progress of the presidential decree in the National Congress.

It will be very important to evaluate how the authorities of the other States and the Judiciary will receive and treat the presidential decree. Very little (or nothing) changes immediately. In addition, the argument remains that a large part of the expected consequences would be a logical consequence of the Federal Constitution, which may lead to an initial questioning of the effectiveness of the presidential decree in question: what would one respect MP 881/2019 if the Federal Constitution itself is not observed?

Thus, there is little that may be celebrated as effective, little to be done, and, for now, one must await its further developments. As a final note, one may question whether the vehicle of a presidential decree would be the most appropriate to propose a declaration of economic rights. In the context in which the habit of ignoring logical aspects of the Federal Constitution and its repercussions in the context of economic freedoms is discussed, one has to ask whether the best remedy for this would be to propose a presidential decree with the requirements of urgency and relevance that may be subject to reasoned questioning.