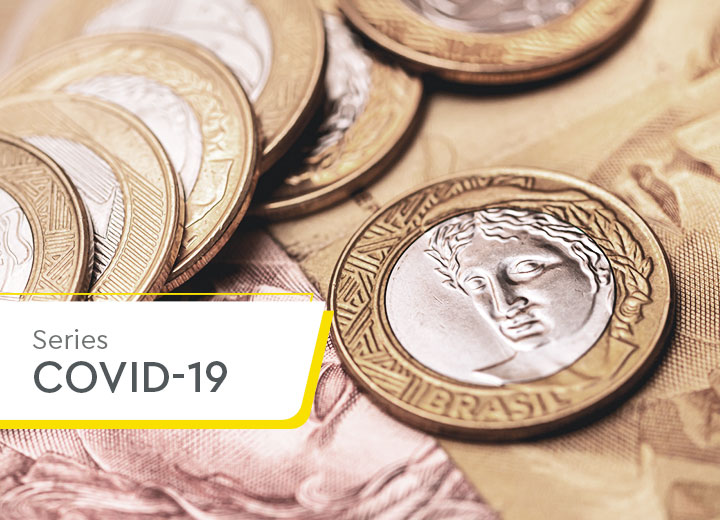 Covid-19: new rules for donations to the federal government

Federal Decree No. 10,314/20, published on April 7, implemented a significant update of the procedures applicable to donations from individuals to the Federal Government, especially at a time when the government needs goods and services to support the fight against the covid-19 pandemic. This regulatory update included a new rule in Federal Decree No. 9,764/19 that authorizes the Federal Government to reduce or even eliminate the time limit for acceptance or expression of interest in the donation, at the initiative of private individuals, of objects necessary for emergency or calamitous situations.

Originally, Federal Decree No. 9,764/19 dealt only with donations free of conditions (i.e., that do not generate, for the donee, restrictions or obligations linked to the good or service donated). However, because of the changes introduced by Federal Decree No. 10,314/2020, it now also regulates donations with conditions and other topics that we will describe below.

The conditions that may be assumed by the Government are restrictions on the donated good or service or mandatory or prohibitory obligations in favor of the donor, the donee, third parties, or the public interest. Financial contributions to the donor are prohibited by Federal Decree No. 9,764/19, of course, because they are incompatible with the concept of a donation (free by nature).

Donation without conditions, if at the initiative of the Federal Government, must necessarily occur via public call and is conditioned on the inexistence of goods or services available in the digital platform reuse.gov.br (technological solution of the Ministry of Economy that offers, to the Federal Government, goods and services made available by the government agencies themselves or donated by private parties).

The Ministry of Economy is responsible for publishing the public call notice on its website. The notice must contain the characteristics, rules, and conditions applicable to the donation sought by the Federal Government, including a draft of the donation agreement, among other information. Following this, interested private parties must submit their proposals in a public session. In the end, the proposals most suited to the interests of the Federal Government will be selected, according to the criteria in the call notice. In the event of a tie, the proposals will be chosen by lot. More than one proposal may be accepted by the Government if there is sufficient demand for the desired good or service.

In the new system of donations to the Federal Government introduced by Federal Decree No. 10,314/20, there is no provision for donations with conditions via public call. This is the right decision because it is not reasonable, from the perspective of public managers, to fix beforehand the conditions linked to the donation desired, bearing in mind that there is always the possibility (even if theoretical) of receiving this donation free of conditions (or with less onerous conditions). Thus, it is incumbent on the private individual interested in the public call to assess whether to propose a donation with conditions and what they will be, if this is the approach chosen by the offeror.

On the other hand, donation at the initiative of the private individual, with or without conditions, must occur through expression of interest submitted through the digital platform reuse.gov.br. The event should contain information relevant to the donation (description of the goods and services donated and any conditions, their market value, specifications, and quantity, among other data). Private parties may or may not indicate the donee(s) (entities of the Federal Government) to whom their donation is intended. The information submitted by the private party will then be reviewed by the Central Purchasing Department of the Ministry of Economy.

In the case of donations free of conditions, if approved, the Central Purchasing Office will publish the announcement of the donation, which will be available for ten days on the platform reuse.gov.br. Within this period, it will be up to the donee(s) to decide whether or not to accept the donation. If private party has chosen not to indicate specific donees in its expression of interest, any interested entities or bodies may apply to receive the donation.

Proposals for donations free of conditions submitted by private parties through the platform reuse.gov.br which have the same subject matter as public calls with an open deadline for submission of proposals will be received by the Central Purchasing Department as proposals for these calls, if the registration rules have been met.

On the other hand, in the case of donations with conditions at the initiative of the private party, after the approval of the Central Purchasing Department and the availability of the announcement of the donation on the platform reuse.gov.br, other interested donors may submit proposals for related donations within ten days. Without prejudice, during this period, the donee(s) may also accept or not accept the donation, under the terms proposed by the private party. Alternatively, interested agencies and entities may apply to receive the donation if it has not been directed to specific donees by the donor. However, if other proposals for donations are submitted within this period, it will be up to the interested donee(s) to evaluate and select the proposal(s) most advantageous to the Government (i.e. with the least conditions).

Once these procedures have been overcome and the final approval of the donee(s) has been obtained, the donation at the initiative of the private party (with or without conditions) will then be formalized through an agreement between the private party and the Government. For donations of goods, this agreement will take the form of an instrument of donation, if there are no conditions. If there are conditions, it will be a donation contract. In the case of donations of services, the arrangement should always be formalized by means of an adhesion or accession instrument.

One of them is the prohibition on receiving donations that generate future obligations from direct contracting of the private party for the supply of goods, inputs, and parts of an exclusive brand or services due to unenforceability of bidding. This prohibition is intended to prevent the donation from directing future contracts of the Government in favor of the private party, which would artificially create a situation of unfeasibility of competition and subversion of the duty to follow public procurement guidelines.

Another relevant rule is the prohibition on receiving donations capable of generating additional expenses for the Government, whether present or future, certain or potential, such as expenses arising from its secondary liability, recovery of assets, or other circumstances that make the donation uneconomical. This same logic is found in another related rule introduced by Federal Decree No. 10,314/20: the prohibition on receiving donations with conditions disproportionate to the good or service offered in a donation to such an extent that it becomes disadvantageous to the Government.

Federal Decree No. 10,314/20 also introduced a provision to prohibit individuals who have made a donation free of conditions to the Federal Government from using the donated goods or services for advertising purposes. Exceptions are made for the possibilities, after the delivery of the goods or the beginning of the rendering of services, of mentioning the donation on the donor's website and mentioning the donor by name on the website of the agency or entity that donates to the Federal Government. If the private party is interested in obtaining advertising advantages as a result of the donation, this intention should be formalized in the donation proposal as a condition associated with the donated good or service.

It was also established that the non-performance or delay in the fulfillment of the condition (if any) by the Federal Government will cause reversal of the donation. In practice, all donations made by individuals will be subject, regardless of an express provision in the instrument or contract formalizing the donation, to a reversal provision. Breach of the condition, therefore, will result in the return of the donated asset to the equity of the donor, according to article 547 of the Civil Code (or interruption of the service provided to the donee, by analogical interpretation of this provision).

Measures such as those described above were already being adopted in response to the pandemic even before the recent promulgation of Federal Decree No. 10,314/20. The Ministry of Economy, for example, had already published, in March, public call notices to receive donations of goods such as gloves, masks, sanitizer, and equipment to support the telework of public servants.

However, under the prior wording of Federal Decree No. 9,764/19, the Federal Government was not authorized, for example, to receive donations with conditions (often necessary or desirable by private parties, for practical reasons, or other issues) or to speed up procedures for the receipt of urgently needed goods and services (such as those intended to combat the pandemic).

Now, with the updates made to its wording, Federal Decree No. 9,764/19 now provides more comprehensive, safe, and effective legal instruments to coordinate and execute the fight against the coronavirus pandemic through donations from private parties to the direct Federal Government, federal agencies, and federal foundations. This is a commendable effort that, in addition to meeting Brazil’s needs in the current state of public calamity, institutes more modern, practical, and sophisticated regulations on this issue.