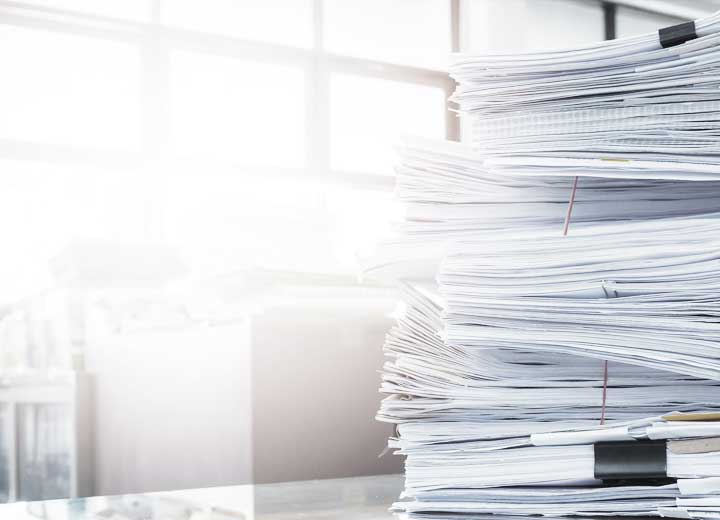 The right to a tax offset recommends reflection on the rules issued by the legislator that shape such offsets. Among the rules, special mention should be made of section 170-A of the National Tax Code (CTN), introduced by Complementary Law No. 104/2001 (LC 104/01).

The provision was promulgated in a context of a great proliferation of tax lawsuits as a result of notorious governmental tax collection and questionable requirements of constitutionality and legality.

Since federal tax offsetting had been introduced into the legal system in the 1990s without much regulation, taxpayers interpreted the institute in such a way as to petition the Judiciary for preliminary injunctions seeking the immediate recovery of improperly collected taxes, which often was granted.

However, since provisional nature is inherent to preliminary injunctions, some decisions were subsequently overturned, thus generating legal uncertainty not only for taxpayers but also for the public administration.

The objective of section 170-A of the CTN was to provide greater legal certainty to tax offsets, thus only admitting them when the right becomes determinate and enforceable,[1] which usually occurs at the time of the final and unappealable judicial decision.

Since the promulgation of Constitutional Amendment No. 45/2004 (EC 45/04), Brazil’s legislature has been expressing its intention to grant to litigants in court a more efficient Judiciary, thereby introducing fundamental guarantees such as the reasonable duration of the proceeding, speed, and, essentially, greater legal certainty in decisions. It was exactly in this scenario that the institute of "general repercussion" emerged as a new admissibility requirement for extraordinary appeals.

Subsequently, various changes introduced into the legal system sought to favor the standardization of judicial decisions, such as Law No. 11,418/2006, which introduced sections 543-A, 543-B, and 543-C into the 1973 Code of Civil Procedure (CPC 73). The first two of these regulated appeals subject to general repercussion and the latter was promulgated to create appeals submitted to the so-called "repetitive" appeals system under the purview of the Superior Court of Justice (STJ).

With the promulgation of the 2015 Code of Civil Procedure (CPC 15), there was an even greater need for respect and uniformity of case law in order to maintain it stable, complete, and consistent,[2] including with the improvement of the systems of general repercussion and repetitive appeals and the creation of other procedural forms of judicial relief/adjudication.[3]

The intention to give more force to the precedents led to the inclusion, within the scenarios for granting provisional relief, of the so-called relief of evidence, which is independent of the urgency of the prayer for relief (the so-called periculum in mora), in cases where there are recognized repetitive appeals or binding precedents.[4]

As Justice Rosa Weber pointed out in her opinion issued in the decision on habeas corpus No. 152.752/PR, "the consistency and coherence of judicial development of Law are virtues of the normative system as virtues of the Rule of Law. State institutions should protect citizens from unnecessary uncertainties about their rights." All this is in line with the constitutional principles of equality, reasonable duration of proceedings, and legal certainty.

One notes, accordingly, that, since the promulgation of EC 45/04, the legislator has been endowing the procedural system with mechanisms capable of making the provision of judicial relief more effective and timely, thus enabling the party to be able to give effect to the substantive law pled and granted by the Judiciary.

This occurs from the establishment of fundamental guarantees, such as the speed of proceedings and reasonable duration of the proceeding (EC 45/04), to the enactment of a norm that establishes the list of decisions that present, to a certain extent, binding effect (section 927 of the CPC/15), in order to standardize case law, always favoring legal certainty.

In this context, the question is: how does one interpret section 170-A of the CTN when there is a theory established in an extraordinary appeal with general repercussion recognized by the Federal Supreme Court (STF) or in a special repetitive appeal by the STJ, in order to avoid having taxpayers who were diligent in filing a lawsuit seeking recognition of their subjective rights to a credit remain in an unfavorable situation with respect to taxpayers who did not file a lawsuit?

Systematic interpretation by the legal system and Carf

When we consider taxation as an exception to the fundamental right of property recognized by the Federal Constitution (CF 88), if there is a theory settled by higher courts that a certain tax is not due or that a certain calculation basis is not applied, it is necessary that its effects be felt on the practical level as quickly as possible, including, if necessary, with respect to the recognition of a subjective right to a credit. In these cases, there is no reason to postpone the legitimate enjoyment of a determinate and enforceable credit.

It is unreasonable to allow a taxpayer who has brought a legal action to await a final and unappealable decision favorable to its claim to administratively seek an offset when there is already a favorable theory settled by the higher courts.

It is therefore necessary that both the Judiciary and the tax administration systematically interpret the legal system seeking to privilege equality and legal certainty among taxpayers.

The Administrative Council of Tax Appeals (Carf) itself already recognizes the force of precedents in binding its decisions on the findings of higher courts in the framework of repetitive appeals (section 62, paragraph 2, of the Carf Internal Rules). In addition, both the STF and the STJ have already recognized the need for a systematic interpretation of the legal system in order to achieve greater harmonization of rules.[5]

Such an interpretation does not represent the repeal of the limit established by section 170-A of the CTN, but rather, according to a certain factual scenario under examination, consideration of the provision in conjunction with the other norms and guarantees provided by the legal system, to give greater effectiveness, reliability, and predictability in the provision of judicial relief.

In this sense, two decisions issued merit emphasis, one in the judicial sphere and the other in the administrative sphere. In 2017, the 5th Federal Court of São Paulo granted provisional relief of evidence to assure the taxpayer its right to immediately offset amounts unduly collected by the Tax Administration,[6] precisely based on an understanding issued via binding restatement by the STJ.

More recently, Carf’s 4th Chamber of the 2nd Ordinary Panel, in a judgment on Administrative Proceeding No. 10880.906342/2008-96,[7] unanimously granted partial relief to a voluntary appeal filed by a taxpayer to process a petition for offset lodged before a final and unappealable judicial decision favorable to reimbursement of amounts paid in excess by way of PIS and Cofins.

The reporting judge based his understanding precisely on a systematic interpretation of section 170-A of the CTN, considering the factual peculiarities presented and the understanding established by the STF in the decision on Extraordinary Appeal RE No. 357.950/RS, thus ruling out, in this case, an in-depth and isolated reading of the provision.

Therefore, although this is an incipient debate within the judicial and administrative courts, the subject invites us to further reflect on the interpretation and scope of section 170-A of the CTN, especially when, considering the peculiarities of each case, it opens up space to interpret it in conjunction with other rules and constitutional and procedural principles provided for in our legal system, with a focus on the right to tax offsetting, speed of procedure, legal certainty, and the decongestion of Justice.

2.  Section 926.  The courts of appeal must standardize their case law and keep it stable, complete, and consistent.

3.  Such as, for example, the Ancillary Proceeding for Resolution of Repetitive Demands provided for in section 976 of the CPC/15.

4.  Section 311.  The relief of evidence shall be granted, regardless of the demonstration of danger of harm or risk to the useful result of the proceeding, when: (...).

II - the allegations can in fact be verified only in a documentary manner and there is a theory established in a judgment on repetitive cases or in a binding precedent;