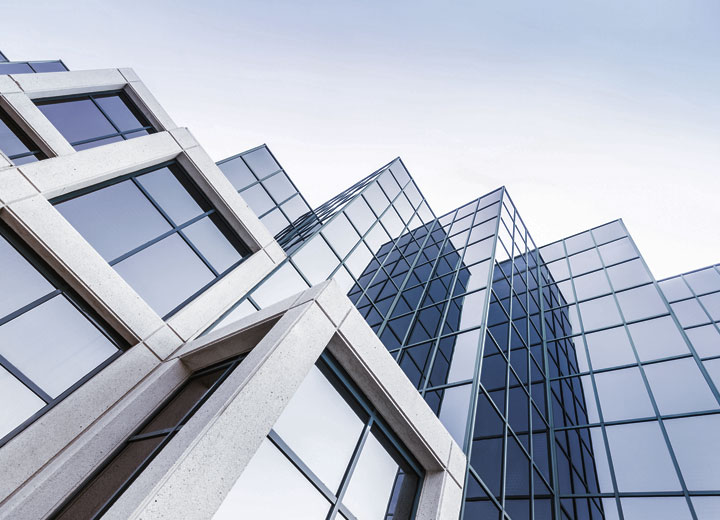 End of the casting vote on CARF: an objective analysis

Section 28 of Law 13,988/20, which resulted from the conversion of Executive Order No. 899/19 into law, put an end to the casting vote in the decisions of the Administrative Tax Appeals Board (Carf) and brought relief for taxpayers who, not infrequently, saw tax debts maintained due to the double vote granted to the judge representing the National Treasury.

The change occurs in a context in which CARF’s decisions had begun to prioritize tax collection and in which judgments involving complex legislation, the interpretations of which the tax authorities have changed over the years (e.g., cases of transfer pricing and goodwill), began to be decided by a casting vote in favor of the tax authorities, awakening in society a feeling of injustice and legal uncertainty.

Section 28 is currently being questioned from both formal and substantive points of view in the  Direct Actions of Unconstitutionality (ADIs)[1] filed before the Federal Supreme Court and in the Public Civil Action (ACP)[2] filed before Federal Court[3].

Validity of the rule under review

The allegation most frequently used in questioning section 28 is that the change in the casting vote was made by "jabuti” or "legislative smuggling", conduct rejected by the STF in ADI No. 5.127, ruled in 2015.

In general terms, the lawsuits filed against the new law provision claims that the Appended Amendment No. 01, which aimed to append the texts of Amendments 9 and 162 to the PLV 02/2020, lacks of thematic relevance. According to the rationale adopted, MP 899 deals with extrajudicial negotiation of existing and established claims, while section 28, setting forth a tie-breaking rule in an administrative decision, disciplines the procedure for determining and demanding the tax debt.

Besides the fact that ADI No. 5,127 deals with a completely different factual and normative context, the truth is that the interpretation intended by the plaintiffs in the ADIs and the ACP removes from the Legislative Branch the constitutional prerogative of effective participation in the process of conversion of an executive provisional measure into law.

Far from allowing the legislative bodies to use the legislative procedures to approve matters completely dissociated from the matter selected as relevant and urgent by the Executive Branch, the hindering of the legislative activity to the point of preventing improvement of the measures is an affront to the constitutional text.

In fact, the new rule is proving to be one of the greatest instruments of tax justice ever introduced in the legal system. As is known, the current tax laws are the result of extensive regulations, many times amended, quite complex, and impregnated with technical inaccuracies, ambiguities, and gaps.

The cost to society (State and taxpayers) is immense. Excessive litigation, very high penalties (75% and 150%), costs with guarantees, increase in the state apparatus (number of attorneys, tax agents, advisors, etc.), enormous uncertainty for investors and companies, increase in business costs (infrastructure, personnel, attorneys, etc.), fees for losses in litigation (State and taxpayer), among others.

In this case, the thematic relevance of the new provision is very high. The transcription of part of the explanatory memorandum of MP 899 leaves no doubt and, in fact, seems to have been written tailor-made to justify the end of the casting vote: "6. (...) it is an instrument of solution or resolution, through appropriate means, of tax disputes, bringing with it, far beyond a tax collection purpose, which is extremely important in a scenario of tax crisis, of cost reduction and correct treatment of taxpayers, whether those who no longer have the capacity to pay, or those who have been assessed, not infrequently, due to the complexity of the legislation that allowed a reasonable interpretation contrary to that considered appropriate by the tax authorities."

The rule extinguishing the casting vote, therefore, is added to the set of provisions dealing with tax settlements, in order to achieve a common purpose.

Having overcome the first claim, two additional arguments are raised to support the illegality of section 28.

One of them concerns the supposed invasion of private initiative by the Brazilian Presidency. The lawsuits filed maintain that the discipline of the organization and functioning of the administrative bodies is reserved to the initiative of the President and that, therefore, change of the casting vote should have been subject to a bill or order authored by him.

It so happens that section 28 does not interfere with CARF’s structure. The rule concerns to the proclamation of a result in the event of a tie in the administrative proceeding, ruling for extinguishment of the tax debt in this case. It is therefore a tax matter that influences the final issuance of the tax debt.

The last argument, which, in our view, does not merit in-depth discussion, is based on the logic that the issuance of general rules on assessments is reserved for complementary laws and that, in these terms, the National Tax Code (CTN) is responsible for regulating the matter. Under CTN’s guidelines, the assessment is exclusively within the competence of the tax authority.

This point, which was addressed in the PCA, seems to us to be a hermeneutical construction that goes beyond the text of the law. It suffices to note that section 28 in no way affected the assessment activity of tax agents.

Application of the rule to pending cases

The remaining question is the effects of the end of the casting vote for cases pending of analysis in the administrative and judicial spheres. Some people believe that the rule is purely procedural in nature and, as such, only applies prospectively.

Section 28 provides that the facts indicated in the assessment shall no longer be defined as an infraction in the event of a tie in the quorum for voting. When there is a tie in the judgment, it is assumed that there was no typical fact apt to give rise to tax collection.

This is the understanding that best aligns the provision with the tax system. This is because, in accordance with the dynamics adopted prior, the doubt regarding maintenance of the tax assessment was always transformed into certainty of the double vote by a judge representing the National Treasury, in flagrant violation of the principles of due administrative process, equal protection, strict legality, tax consistency, and, especially, the provisions of section 112, II, of the CTN, according to which the tax law should be interpreted in the manner most favorable to the taxpayer.

From this one can extract that in dubio pro taxpayer: if there is doubt about the factual circumstances justifying application of the law, the interpretation most favorable to the taxpayer should prevail.

Section 28 only established as positive law a guideline that was already emanating from the legal and tax systems with the intention of privileging the idea that dubious interpretations are decided in favor of the taxpayer and reinforcing the value of closed consistency (see section 112 of the CTN mentioned above and sections 5, II, and 150, I, of the Federal Constitution, which deal with the Principle of Legality at the general level of the Law and the Principle of Closed Consistency in the Tax Law, respectively).

In a certain manner, it is an instrument to rescue the concept of a tax enshrined in section 3 of the CTN, which is an obligation instituted by law and charged through fully binding administrative activity. More than the simple reading of this provision suggests that the important thing is to note that, in order to be a tax, one must be sure of its institution and collection, two qualities that are missing in cases decided by a casting vote.

Section 28 is also harmonious with the command of section 204 of the CTN, which provides for a presumption of certainty and fixed value of the debt registered. Assessments that, in an administrative review process, have the same number of judges opining for and against their legitimacy do not preserve these attributes of certainty, fixed value, and enforceability.

Section 28 is a hybrid rule, with a predominant characteristic of substantive law. It goes far beyond a simple rule concerning administrative procedure. It provides that tax debts are only valid when there is reasonable certainty that the facts will be subsumed under the overarching rule of application, bringing to the ordinary legislative level a scenario for extinguishment of the tax debt, within the framework of section 156, IX and sole paragraph, of the CTN.

In this context, section 106, II, "a" of the CTN expressly states that the law applies to past acts or facts, provided they are not definitively judged, when it excludes a situation from the infraction framework. Pursuant to section 5, XXXVI, of the Federal Constitution and section 502 of the Civil Procedure Code only final and unappealable judicial decisions have the force of being definitive. Thus, the application of section 28, under the cloak of section 106, covers all cases already decided in the administrative sphere, as well as those in progress that have already had appellate decisions in favor of the tax authorities based on a tied decision.

Because it brings in new rules to the legal relationship between taxpayers and the Federal Government, that is, a supervening law, section 28 should be applied to ongoing cases, regardless of their procedural stage. In general, considering the specific case, a request for review in the judicial level must be included in the complaint or be part of an unnamed petition, bringing to the case the news of the supervening rule.

In the administrative level, a request for review of cases in progress must be made by means of a motion for clarification, appeal, or unnamed petition, the latter in the event that the appeal has already been filed. Once the request for review has been accepted, the result of the administrative decision shall be amended to reflect the command of section 28. Following this, the opportunity for motions and appeals should be opened for the Attorney for the National Treasury. It is not a question of conducting a new judgment, in view of the most complete lack of a normative provision in this regard but recognizing a different result.[4]

In view of the above, since this is not a rule of an exclusively procedural nature and since it provides for elements that interfere with the tax relationship itself between the taxpayer and the tax authorities, establishing a scenario for extinguishment of the tax debt, we believe that the provision can cover all cases in which the merits of the tax debt are still under discussion (i.e, all the cases that do not have a final and unappealable judicial decision).

It is not yet known how panels of the Carf will act in the face of this legislative change, but, for us, one thing is certain: although surrounded by uncertainty, the end of the casting vote brings about a perception of improvement in the tax judiciary. We will continue to hope that the board members will adopt the most appropriate interpretation of the issue and give priority to the intention of the legislator.

[3] At the request of the STF, under ADI No. 6399, filed by the PGR, the House, the Senate, the Presidency, and the AGU have already expressed an opinion in favor of its legality.